Our sense of time may be the scaffolding for all of our experience and behavior, but it is an unsteady and subjective one, expanding and contracting like an accordion. Emotions, music, events in our surroundings and shifts in our attention all have the power to speed time up for us or slow it down. When presented with images on a screen, we perceive angry faces as lasting longer than neutral ones, spiders as lasting longer than butterflies, and the color red as lasting longer than blue. The watched pot never boils, and time flies when we’re having fun.

Last month in Nature Neuroscience, a trio of researchers at the Weizmann Institute of Science in Israel presented some important new insights into what stretches and compresses our experience of time. They found evidence for a long-suspected connection between time perception and the mechanism that helps us learn through rewards and punishments. They also demonstrated that the perception of time is wedded to our brain’s constantly updated expectations about what will happen next.

“Time” doesn’t mean just one thing to the brain. Different brain regions rely on varied neural mechanisms to track its passage, and the mechanisms that govern our experience seem to change from one situation to the next.

But decades of research suggest that the neurotransmitter dopamine plays a critical role in how we perceive time. Dopamine has myriad effects on how much time we think has elapsed in a given period, and these effects may conflict confusingly. Some studies have found that increasing dopamine speeds up an animal’s internal clock, leading it to overestimate the passage of time; others have found that dopamine compresses events and makes them seem more fleeting; still others have uncovered both effects, depending on context.

Dopamine’s association with time perception is intriguing, in part because the neurotransmitter is better known for its function in reward and reinforcement learning processes. When we receive an unexpected reward, for instance — in what’s known as a prediction error — we experience a rush of the chemical, which teaches us to continue pursuing that behavior in the future.

It’s likely more than a coincidence that dopamine is so fundamental to both time perception and learning processes. Drugs like methamphetamine and neurological disorders like Parkinson’s alter both processes and also involve changes in dopamine. And learning itself — the association of a behavior with its outcome — requires the linking of one event with another in time. “Really, at the very core of reinforcement learning algorithms is information about time,” said Joseph Paton, a neuroscientist at the Champalimaud Foundation in Portugal. (Paton was an investigator for the Simons Collaboration on the Global Brain, funded by the Simons Foundation, which also funds Quanta Magazine.)

But scientists have yet to disentangle just how and where reinforcement learning and time perception are integrated in the brain. Instead, “the two fields have traditionally stayed quite separate,” said Martin Wiener, a psychologist at George Mason University. “No one has asked, ‘How does reinforcement learning affect timing, or vice versa, if they’re both using the same neurotransmitter system?’”

The Power of the Prediction Error

The new Nature Neuroscience paper by Ido Toren, Kristoffer Aberg and Rony Paz examines that question more closely. Study participants saw two numbers flash on a screen, usually a zero followed by another zero. The second number was shown for a varying amount of time, and participants had to report which number lasted longer. But sometimes, randomly, a positive or negative integer was presented instead of that second zero: If it was positive, participants were rewarded with money, but if it was negative, money was taken away as a penalty.

For the participants, the consequences lined up with shifts in the perceived duration of the second stimulus. When something unexpected but good happened — a “positive prediction error,” as researchers called it — the stimulus seemed to last longer. The unwelcome surprises of negative prediction errors made those experiences seem shorter. “It basically tells us that our perception of time is going to be systematically biased by how surprised we are about outcomes,” said Matthew Matell, a psychologist at Villanova University who was not involved in the study.

The team showed that this pattern held quantitatively, with greater prediction errors correlating with greater distortions of perceived time. A reinforcement learning model that they built was able to predict each subject’s performance on the task. Brain scans of the study participants tracked this effect in a region called the putamen, which is involved in motor learning and other functions.

Although further experiments are needed to pin down the precise mechanism at hand (and the role of dopamine), the study has implications for models of both learning and time perception. Pavlov’s slobbering dog learned that a bell meant food, and that the food would taste a certain way — but also that the food was imminent. Yet that temporal component has usually been relegated to the periphery of reinforcement learning models. The objective timing of a reward has often been incorporated as a variable, but the subjective aspects of time perception that the new work emphasizes have not.

A Role for Neural Fatigue

It might be time to start including some of that subjectivity. If humans stretch or contract their experience of time in response to signals, this might also alter their perceptions of how close or far apart certain actions and outcomes are — which could in turn influence how quickly those associations are learned. Timing effects related to prediction errors also provide “an extra characteristic that reinforcement learning models have to fulfill if they’re going to be an accurate representation of what’s going on,” said Bowen Fung, a former postdoctoral researcher at the California Institute of Technology who now works at an organization called the Behavioral Insights Team in Australia.

“It challenges future modelers, or people who are trying to develop an understanding of the brain, to take into account how these two systems are interfacing,” Matell said. Gershman and his doctoral student John Mikhael have been developing a learning model that incorporates these ideas, in which mental predictions are improved by adaptively adjusting the flow of time in the brain.

But prediction errors aren’t the only factors that shape our perception of time. Take a study published last week in the Journal of Neuroscience: Participants who were repeatedly exposed to a brief stimulus tended to overestimate the duration of slightly longer time intervals. According to the researchers, that’s probably because the neurons responsive to shorter durations became fatigued, giving neurons tuned to longer durations greater influence over how subsequent stimuli were perceived. (Similarly, after being repeatedly exposed to a long stimulus, the test subjects underestimated the duration of slightly shorter intervals.)

“By changing the context of the stimulus presentation, we can actually manipulate how participants perceive those durations,” said Masamichi Hayashi, a cognitive neuroscientist at the National Institute of Information and Communications Technology in Japan, who conducted the work with Richard Ivry of the University of California, Berkeley. Scans of brain activity suggested that an area in the right parietal lobe is responsible for this subjective experience of time.

Hayashi and Ivry focused on an entirely different brain region and mechanism than the Weizmann scientists did — and yet both studies observed a similar bidirectional effect on time perception. On the one hand, this demonstrates just how distributed and diverse timekeeping processes are in the brain. But the right parietal lobe does have functional and anatomical connections to the putamen, Hayashi said, so perhaps the interactions of the two produce a more cohesive perception of time. Whatever broad rules and computations make those interactions (and others) possible may underlie our experience of time, but until they are pinpointed, scientists can only watch the clock — or clocks — in anticipation. 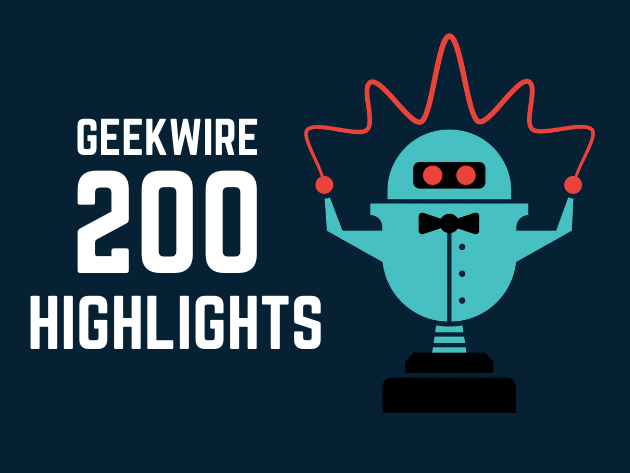 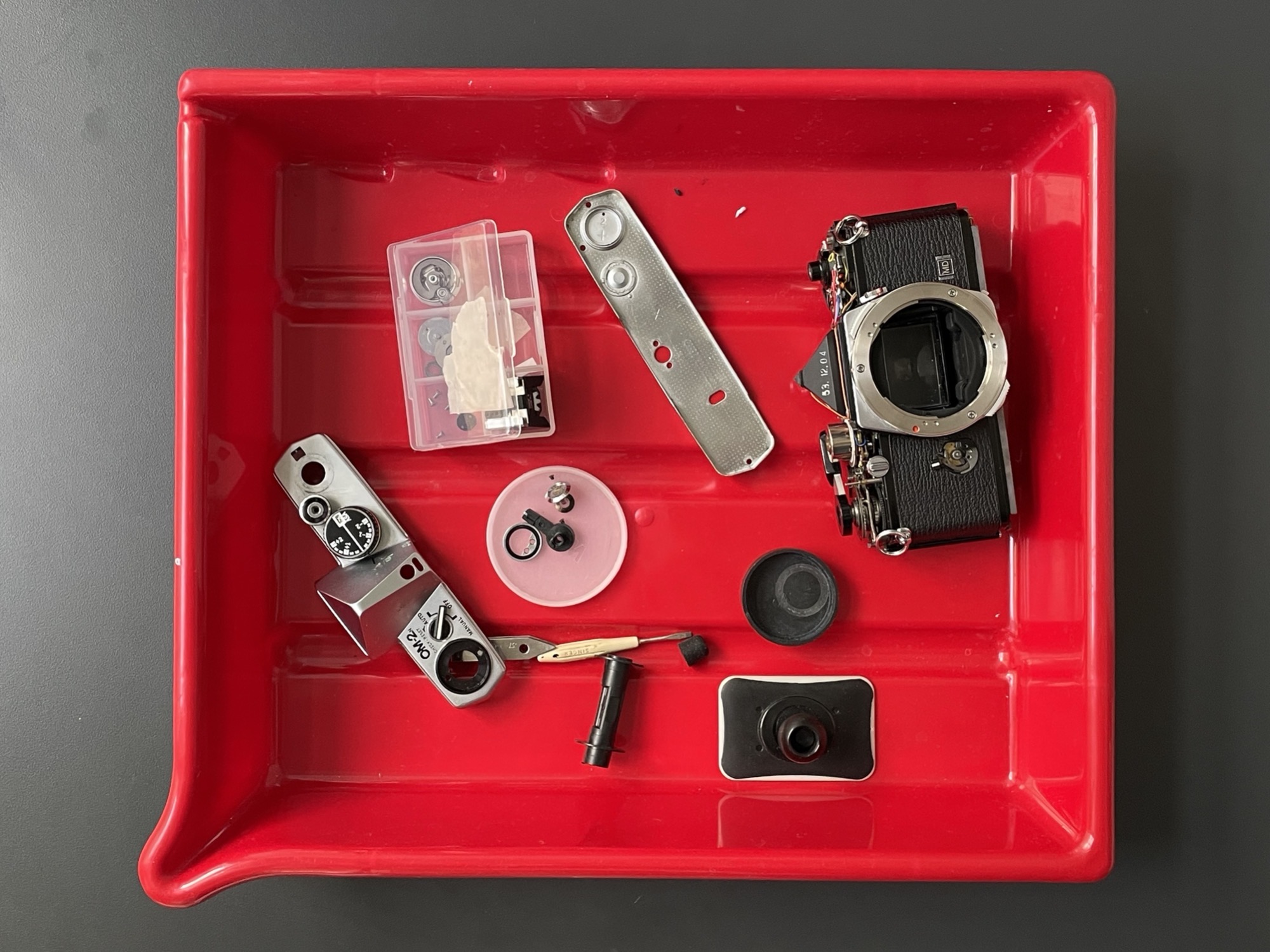 Finding and Fixing an Old Film Camera, Part 1: The Road to Olympus