[Editor’s Note: Tom Alberg, managing director at Seattle-based venture capital firm Madrona Venture Group, was an Amazon investor who served on the company’s board of directors from 1996 to 2019. He’s the author of the forthcoming book, “How Big Are Your Town’s Flywheels? – What We Can Learn from Seattle.”]

I am often asked, “Why is Amazon so successful?”

A couple of years ago, while I was on Amazon’s board, the CEO of a large European insurance company who was attending Microsoft’s annual CEO Summit contacted me through a friend on his board and wanted to meet with me. When we met, he asked, “What are Amazon’s secrets of success?” I told him, as I tell others, Amazon has no secret management principles. Jeff Bezos talks about them all the time at all-hands meetings. He explains them in press interviews that can be viewed on the internet and the most fundamental are listed at the bottom of every press release.

But, I explained, you have to live by them all the time and most businesses are unwilling or unable to do so.

Former Amazon executives Colin Bryar and Bill Carr have just provided us — in their new book, Working Backwards — Insights, Stories and Secrets from Inside Amazon — with a primer that gives us an inside look at many of Amazon’s management principles and processes. They add to a small library of books that give us insights into Amazon’s operations, including John Rossman’s The Amazon Way on IoT.

The first part of Working Backwards delves into the details of many of Amazon’s operating principles and, interestingly, the back stories on their development and evolution. The second part of the book relates how these principles were applied in the development and launch of important new businesses that they were intimately involved with, such as Amazon Digital Media, Amazon Prime and Amazon Web Services. These stories are more vignettes than full history but provide new insights and scenes of Amazon and Jeff at work.

The authors were well placed to write this inside story, with Colin serving several years as Jeff’s “shadow” and as a product vice president, and Bill working closely with Steve Kessel in the launch of the digital media businesses. They were at Amazon for 12 and 15 years respectively, now with their own consulting firm Working Backwards, LLC.

The four most fundamental principles at Amazon, the ones at the bottom of every press release, are in Jeff’s words that they quote: “customer obsession instead of competitor obsession; willingness to think long term, with a longer investment horizon than most of our peers; eagerness to invent, which of course goes hand in hand with failure; and then, finally, taking professional pride in operational excellence.”

Jeff, many times, makes decisions that harm Amazon’s bottom line but benefit the customer. As he says, “Tell me a customer who wants higher prices or slower delivery.” Of course, in the long term these decisions mean a bigger bottom line.

The authors also discuss Amazon’s 14 Leadership Principles, some of which surprise people. For example, principle four is, “Leaders are right a lot,” which carries more than a hint of hubris, but it is immediately followed by, “They seek diverse perspectives and work to disconfirm their beliefs.”  “Disagree and commit” is another compelling principle.

Colin and Bill provide detailed examples of how they saw these principles being used in action. Neither the principles nor Amazon’s businesses sprung to life in finished form but involved many iterations, mistakes and inventions to reach what we see today. They don’t hesitate to opine why Amazon failed with its cell phone and quote Jeff’s comment in one of his shareholder letters: “I believe we are the best place in the world to fail (we have plenty of practice!) and failure and invention are inseparable twins.”

In Jeff’s universe, without risk-taking and failure, there can be no progress. They relate Jeff’s comments that most failures cost relatively little compared to the many multiples for their best successes. This is similar to one of the assumptions of successful venture investing — you have to expect strikeouts, but a small number of big winners can pay for experiments that fail or succeed only modestly.

Jeff’s selection of Andy Jassy, who has operated in Amazon’s strong culture for over 20 years, as his successor as CEO, assures that the leadership principles will continue into the future. It is why Jeff has always preferred that his successor be someone who has lived and breathed the culture.

The book contains lots of information that will be valuable to some readers. For example, if you are applying for a job at Amazon, you should read the pages on their hiring process, including Bar Raising. For business managers, they discuss the structure and purpose of Weekly Business Reviews, Finding Root Causes, and Skepticism of Data when it conflicts with anecdotes.

The authors analyze other operating practices that don’t neatly fit into a logical list: Single-threaded Leaders, Bar Raisers, Ban PowerPoints in favor of Six-page Narratives, the Andon Cord, and, as their book title conveys, “Working Backwards.” These often are used together. For example, a single-threaded leader will work with his or her team to create a working backwards document. In its rawest form, this is beginning a project by writing the press release and FAQs that would be used to announce a new service or product to the world.

At most companies, the press release is the last step in launching a product, written by PR people, after the product and technology teams have created the new product. By starting with the press release, Amazon forces the team to focus on the benefits the new product or service will provide to the customer. Then the team has to create such a product. The FAQs answer questions that customers and the press might ask, such as the price, as well as describing technical challenges that need to be overcome.

It was also fun for me to recognize the appearance of key leaders from the past like David Risher, Tom Szkutak, Kim Rachmeler, Jason Kilar, Rick Dalzell, Steve Kessel, Mike George, Robin Andrulevich and Ian Freed. Colin and Bill knew and worked with them all.

I have always thought it difficult to single out any one principle or process that is most important to Amazon’s operations. But forced to choose, I suggest the importance of a single-threaded leader, particularly in launching new initiatives, but also applicable to solving engineering and other problems.

The authors give examples of single-threaded leaders like Jeff’s designation of Steve Kessel to head up their effort to build a digital media business in books, music and video, which ultimately involved building equipment like the Kindle, Amazon Fire and Fire TV and entering content creation in video and books. Jeff could have asked the existing organization responsible for Amazon’s physical books, music CDs and videos, which amounted to 80 percent of their business at the time, to expand into virtual goods. But he recognized that giving authority to a single leader focused exclusively on digital media would more quickly create such a business without the distractions and compromises that might have occurred if the leadership was also running the physical business. This process was replicated with Andy Jassy at AWS.

But Jeff’s overriding principle, which is not on Amazon’s formal list, is probably his abiding optimism of the future and how we are only in Day One.

For a company to implement all of Amazon’s secrets is daunting, and each business probably needs to find what fits them best. But Colin and Bill provide a useful eight-point guide in their closing pages on how to get started, which includes Ban PowerPoints, Establish the Bar Raiser hiring process, Focus on Controllable Input Metrics, Use Single-threaded Leaders, and the tantalizing Depict your Flywheel.

There’s more than enough in this thoughtful book to get you thinking and motivated.

Working Backwards, published by St. Martin’s Press, is available on Amazon or wherever books are sold. Also listen to a GeekWire Podcast discussion with co-author Bill Carr. 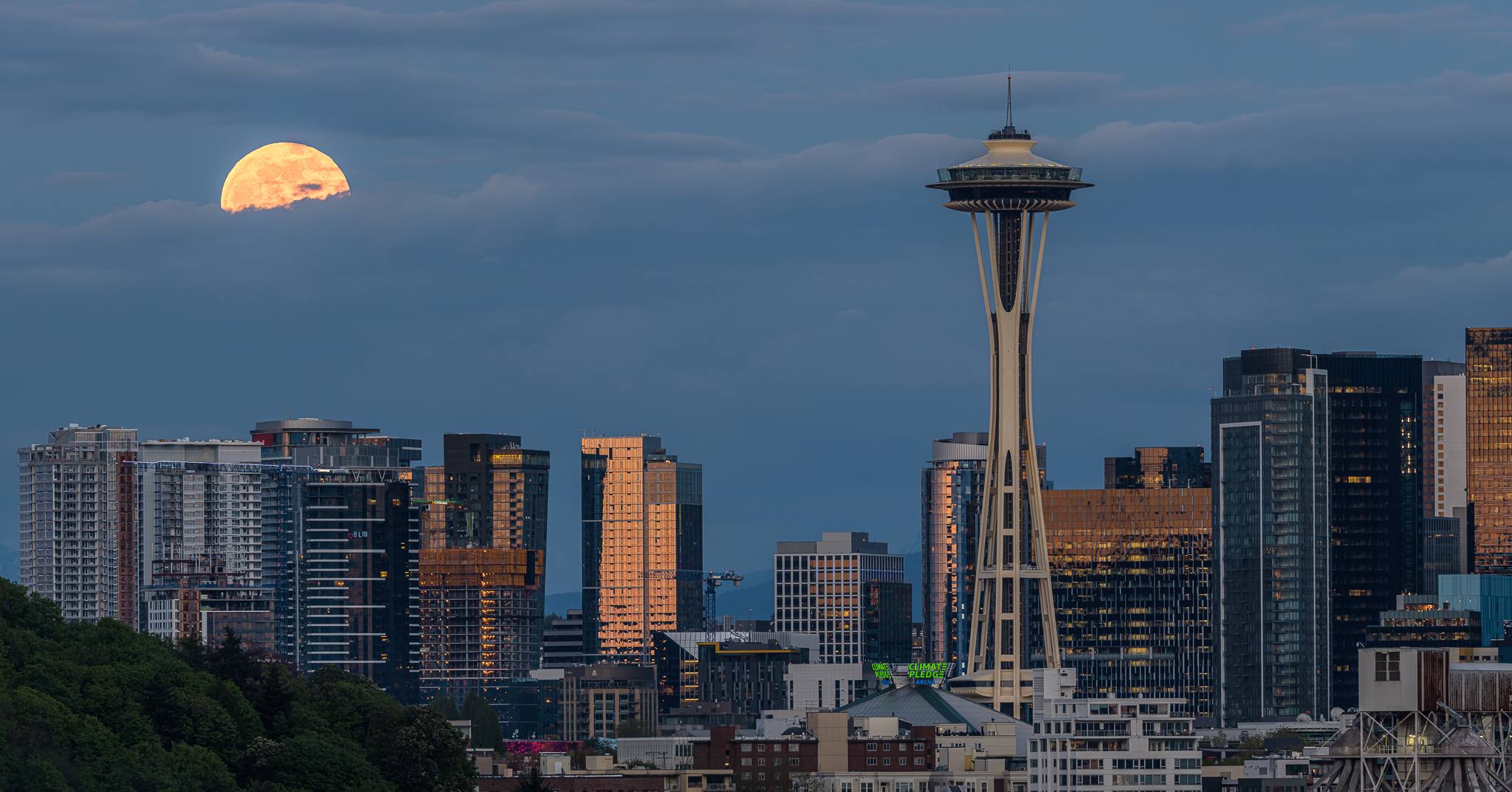