When Jeff Bezos announced plans to step down as Amazon CEO later this year, critics of a plan to tax the fortunes of Washington state billionaires had a field day. Surely this was a sign that Bezos will leave Washington before forking over billions in taxes, and his elite peers will be close behind him. Right?

Not exactly, says Rep. Noel Frame, a Democrat from Seattle sponsoring the legislation.

Frame told GeekWire that she doesn’t expect Bezos to be subject to the tax, based on estimates from the Department of Revenue.

If Bezos were on the hook, he would shoulder the highest obligation of any Washington taxpayer to the proposed tax as the world’s wealthiest person. But the Amazon founder may already be residing in another state, Frame said. In addition to the Medina, Wash., mansion that has been his home base for years, Bezos has large properties in New York City, Los Angeles, Texas, and Washington D.C.

“I really think that Bezos has to be claiming residency elsewhere, which obviously has nothing to do with this proposal or anything else,” she said. “It’s just the choice that he made.”

Even if Bezos does have one foot out the door, Frame said other taxpayers subject to the tax, such as Microsoft co-founder Bill Gates, are too invested in their home state to leave.

The Department of Revenue estimates the tax will raise about $2.5 billion per year — which is less than the sum of the tax obligations of the state’s wealthiest people.

Based on their current estimated net worths, just taxes collected from Bezos and Gates would exceed that estimate. According to CNBC, Bezos would owe about $2 billion annually, and Gates approximately $1.3 billion. The Tax Foundation noted that Gates, Bezos, Steve Ballmer and MacKenzie Scott would account for 97% of the tax’s revenue.

The state’s estimates could be a sign that Bezos is already domiciled outside of Washington, or the Revenue Department may be factoring in the likelihood that some billionaires will move away.

The federal government keeps information about taxpayers, including their state of residence, confidential. Not even the authors of the bill have access to that information. Frame is inferring that Bezos has already changed his state of residence because the estimates are low.

If that’s the case, it could be a fairly recent move. Bezos voted in the November election in Washington, as The Seattle Times’ Jim Brunner noted. Complicating things further, Frame said a person’s voter registration is not part of the definition of residency used for the purposes of tax law.

Nevertheless, the legislation’s authors included Bezos’ net worth in the language of the bill, without naming him specifically.

“According to Forbes, nine of the world’s wealthiest people reside in Washington state, and their individual wealth ranges from $2,700,000,000 to $179,000,000,000,” the bill says. The upper limit of that spectrum appears to reflect Bezos’ net worth at the time the bill was drafted, though it has increased since then.

Not raining on my parade b/c I don’t think Bezos is included in the calculations. Can’t confirm b/c its’ confidential tax payer data, but basic math of revenue estimates would suggest he is claiming residence elsewhere. Surprise: taxes are not why wealthy people move. #waleg https://t.co/W4YFiSKVMe

Questions about Bezos’ residency reflect the difficulty of taxing someone’s wealth, as opposed to their income. Tracking wealth of the ultra rich — especially when it is spread across stocks, LLCs, philanthropic efforts and other assets — is no easy task. Critics of wealth taxes also argue that the complexity makes them hard to enforce, eventually leading to repeal.

The bill in question would levy a tax on monetary assets that belong to billionaires living in the state. The first $1 billion is exempt and any “extraordinary financial intangible assets” on top of that are taxed at 1%. Those assets include cash and cash equivalents, publicly-traded options, futures contracts, and stocks and bonds.

Frame says the bill will make Washington’s tax code more equitable. The wealthiest households in the state currently pay about 3% of their income in taxes, while the poorest people pay 17.8%. It’s the largest differential in the U.S.

Frame said it’s wrong to “continue to ask the people that can’t leave because they’re not as mobile” to shoulder the highest tax burden “just because somebody might leave.”

“We should just continue to ask them to pay a disproportionate share of community investments that we all rely on? That doesn’t seem right to me,” she said.

Right now these folks have got a pretty good deal and working people in Washington are disproportionately shouldering that burden of funding community investments. At the end of the day, that’s what this is all about.

The wealth tax proposal is still under consideration by the House Finance Committee and is scheduled for additional hearings. During its first hearing, several workers and executives from Washington’s booming tech industry testified in favor of the bill. Those who showed up to oppose the legislation most commonly cited the risk of billionaires moving out of the state rather than paying.

Frame may be confident that the tax can withstand the departure of one or two billionaires but the Department of Revenue in a fiscal note acknowledged that “revenues would be significantly impacted if one or more of these taxpayers were to move out-of-state or take other actions to reduce their wealth tax liability.”

Seattle’s newest billionaire certainly sees that as a likelihood. Tanium co-founder and CEO Orion Hindawi left the San Francisco Area for Seattle a few months ago, bringing his $9 billion cybersecurity company to the region along with him.

“People can argue that it’s right or it’s wrong, but it’s somewhat irrelevant,” he said in an interview with Madrona Venture Group’s Matt McIlwain. “The question is actually do you want these people moving to your state or not?”

Despite those concerns, Hindawi said the wealth tax wouldn’t push him out of state. His decision to move to Seattle was driven by the city’s quality of life, not tax environment.

A separate bill establishing a capital gains tax in Washington state has been introduced in the state legislature this session in addition to the wealth tax.

The risk of billionaires pulling up stakes may not be quite as great in Washington as it is in states with an income tax. California and other states that have considered wealth taxes in the past must contend with the threat that they could lose income tax revenue from wealthy residents while going after new taxes.

Because Washington does not have an income tax, it relies heavily on sales, business, and property taxes for revenue. Those who change their residency to avoid a wealth tax would likely still need a place to stay when returning to the state, so they may be inclined to hold (and continue paying taxes) on property.

“It’s a lower risk in the sense that if they wanted to go somewhere else they’re going to get hit with all the taxes we don’t have here,” Frame said. “Whether you’re paying a wealth tax or going to go New York or California and pay capital gains and income tax, you’re still going to have tax liability.

“Right now these folks have got a pretty good deal and working people in Washington are disproportionately shouldering that burden of funding community investments. At the end of the day, that’s what this is all about.” 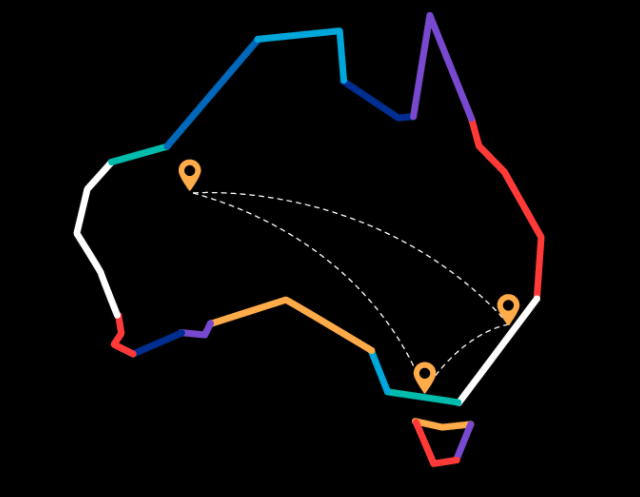 As Google fights with Australia, Microsoft promotes Bing and says it wouldn’t threaten to leave country How Alibaba and JD.com compare in their healthcare endeavors – TechCrunch