But they have run into GOP opposition, particularly in the Senate, where the chamber has a 50-50 partisan split with Vice President Kamala Harris in a position to break ties.

Under Senate rules, 60 votes are needed cut off debate or end the “filibuster” of legislation — giving the Republicans now in the minority a powerful tool to block the voting-rights measures and other Democratic priorities.

“You have an absolutely necessary piece of legislation to restore our democracy,” Wendy Weiser, a top official at the Brennan Center, said of the voting-rights package pending in Congress. “The filibuster absolutely shouldn’t stand in the way of accomplishing it.

“Congress needs to set out a baseline set of rules and voting procedures that every American can rely on,” she added.

Nsé Ufot, who runs the New Georgia Project voting rights group, called the legislative filibuster an “anti-democratic” tool used “to stifle the will of the people and make it difficult to get anything of note done.”

Democrats “who are hand-wringing” over the future of the filibuster, she said, “need to know that they don’t have the support of the people if they move to protect it.”

Still, activists face difficult odds in the Senate where Republicans — and some Democrats — support retaining the filibuster.

Speaking to the conservative Heritage Foundation earlier this week, Sen. Mike Lee, a Utah Republican, said the 60-vote threshold encourages bipartisan cooperation by requiring both political parties “to check our own ambitions.”

Eliminate the filibuster, Lee said, and “our politics would almost certainly sink to an even angrier and more toxic level.”

The 2020 election shattered turnout records, as states around the country made it easier to cast ballots in the midst of the Covid-19 pandemic, and activists made an all-out push to turn out voters and help them navigate new voting rules.

In all, nearly 160 million people voted — or roughly two-thirds of the US’ voting-eligible population, according to the US Elections Project.

Now, lawmakers around the country are moving to pass new restrictions.

In Arizona, which flipped to President Joe Biden last November, some lawmakers want to remove voters from a permanent early voting list, which allows voters to automatically receive a ballot by mail for every election.

In Georgia, where voters backed Biden in November and elected two Democrats to the US Senate in runoff elections last month, Republicans in the state Senate want to ban the use of ballot drop boxes and require photo identification for those who choose to vote by mail. One Georgia measure also would restrict mail voting to only those who are 75 or older, absent from their precinct, observing a religious holiday, have a physical disability, are required to provide care for someone who is disabled, or required to work “for the protection of the health, life, or safety of the public” during polling hours.

“Reactionary rollbacks is the phrase that comes to mind,” Hannah Fried, national campaign director of All Voting is Local, said of the new state proposals. Her organization, part of The Leadership Conference on Civil and Human Rights, works on voting rights issues in eight states, including Arizona and Georgia.

“What we are seeing is that the people spoke on November 3, and they spoke again in Georgia in January and that has brought out some of our country’s worst impulses,” Fried said.

“This is not the first time that when we have seen progress made — powered by Black voters — that there are then efforts to make it harder for that community and other voters of color to cast their ballots,” she said.

Although the courts, state election officials and the US Justice Department found no evidence of widespread fraud in the 2020 election, former President Donald Trump made relentless and false claims that the election had been stolen from him. And Republican lawmakers now cast their bills as measures needed to shore up public confidence ahead of the 2022 midterm elections.

“Even those of us who never claimed that the election was stolen recognize that the electorate has lost confidence in the legitimacy of the system,” Georgia state Sen. Butch Miller, a Republican and president pro tempore of the state Senate, said in a statement emailed to CNN. “We must work to restore that.”

In Arizona, Republican state Sen. Michelle Ugenti-Rita, who chairs the state Senate elections committee, said the bills there are needed to build security in the mail-in voting process.

Georgia and Arizona, where Republicans control both the state legislatures and governors’ seats, are crucial to Democrats’ political fortunes in the US Senate. Two Democratic senators — Arizona’s Mark Kelly and Georgia’s Raphael Warnock — elected recently in special elections will be on the ballot again next year.

Democratic lawmakers and activists in Georgia say Republicans in the state legislature have the votes to prevail in the end.

“They will pass it, but it won’t be because we didn’t fight for it,” said Sen. Gloria Butler, a top Democrat in the Georgia Senate.

Democratic activists have long targeted the filibuster — an obscure procedural tool that remains a powerful weapon.

Last year, former President Barack Obama added his voice to those calling for an end to the legislative filibuster if needed to pass voting-rights measures.

Modern-day filibusters don’t much resemble Jimmy Stewart’s fictional talkfest depicted in the 1939 film “Mr. Smith Goes to Washington.” Instead, under current rules, senators don’t need to hold up floor action by talking. They just signal their objection, forcing the majority to come up with 60 votes.

Each party has chipped away at the filibuster in recent years to bypass opposition from the other side of the aisle: In 2013, Senate Democrats eliminated the filibuster on judicial and executive nominations. And in 2017, then-Senate Majority Leader Mitch McConnell and Republicans ended the filibuster on confirmation for Supreme Court nominees to push through Neil Gorsuch’s nomination to the high court.

McConnell and other Republicans in the Senate minority oppose gutting the filibuster. And the Democratic voting rights measures are part of a sweeping bill that seeks broad change, including provisions that require greater disclosure of political spending that McConnell long has opposed.

This year, a stalemate over the rights of the minority to stall legislation delayed finalizing a power-sharing agreement in the evenly divided Senate. McConnell had sought written assurances from Democrats that they would not tamper with the filibuster. But he relented after two moderate Democrats — West Virginia Sen. Joe Manchin and Arizona Sen. Kyrsten Sinema — reiterated their long-standing opposition to dismantling the filibuster — another sign of the potential obstacles ahead for progressive activists.

And McConnell has warned that abolishing the filibuster would create “a scorched-earth Senate,” with Republicans using procedural tactics to slow action on bills.

In a recent speech on the Senate floor, the Kentucky Republican said setting a 60-vote threshold for legislative action allows bipartisan deliberation and “ensures narrow interests cannot ignore the rest of the country.”

Oregon Democratic Sen. Jeff Merkley, one of the lead sponsors of the Democrats’ elections package, has floated several ideas for reining in the ability of the minority party to block legislation that stop short of gutting the 60-vote requirement entirely. They center on carving out an exception to the filibuster rule for election-related legislation or returning to “talking” filibusters that require senators to actually debate on the floor if they want to stall action on a bill.

“The choice is going to come down to whether we are going to fix our democracy or live with an antiquated filibuster rule,” he said.

Ufot, whose organization was among those at the forefront of voter outreach efforts in Georgia in recent elections, said the Senate should return to the traditional talkathon filibusters — even as it requires objectors to stage hours of debate on the Senate floor.

“You go down to the well. You put on a diaper. You put on some comfortable shoes, and you talk,” Ufot said. “If a person feels so passionately and fervently about something, then they should be forced to engage the American people in that way.”

Without federal legislation, activists like Ufot say they envision years of protracted battles in the states over voting laws.

“I don’t want to fight these same fights for 10 years,” Ufot said.

Make Tortellini in an Air Fryer the Easy Way 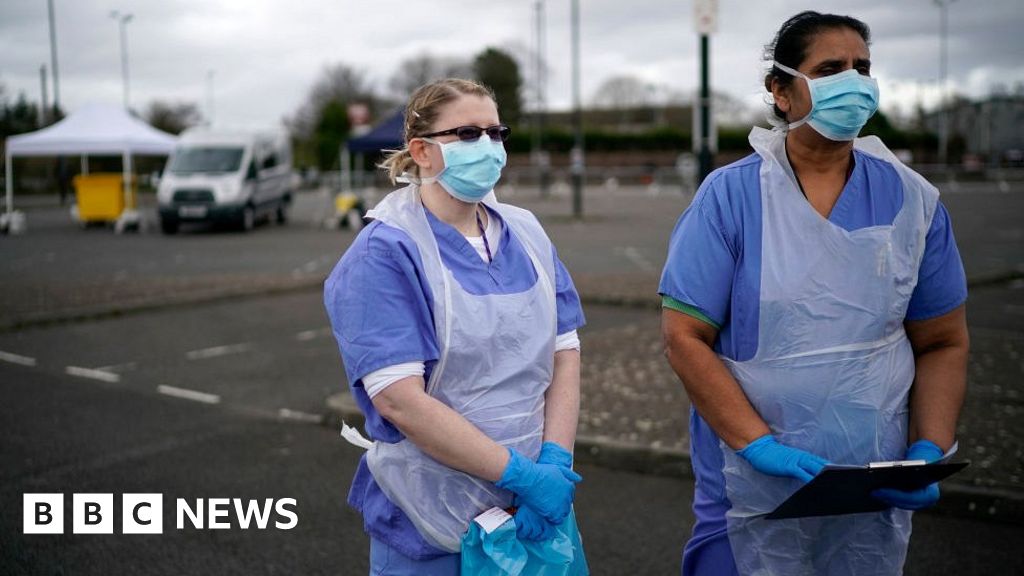 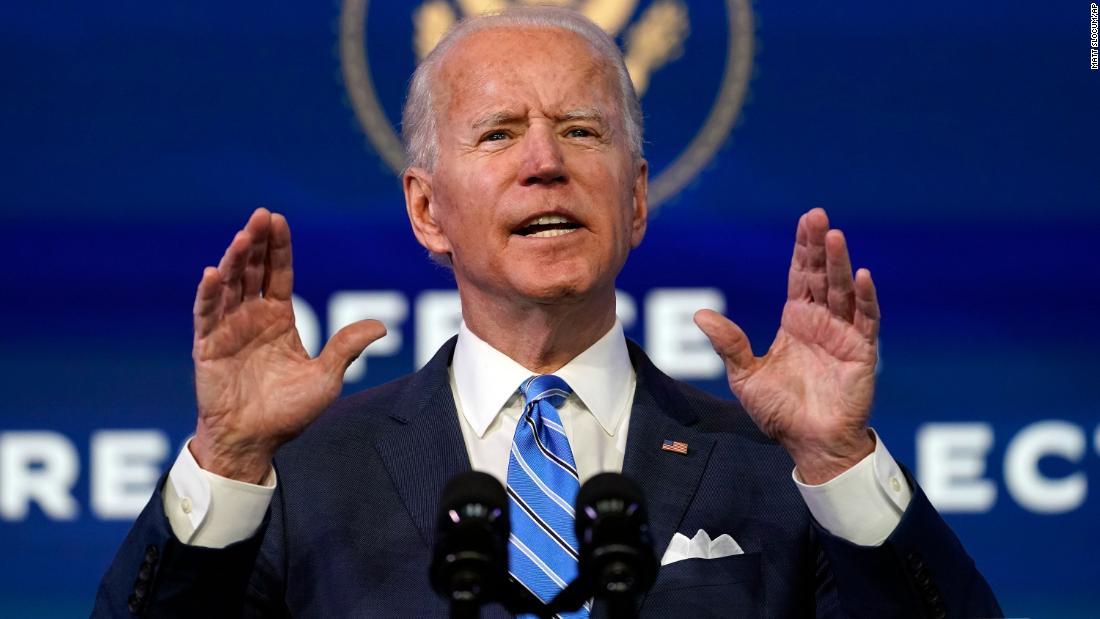 Stimulus: When will Americans see the aid from Biden’s relief proposal? It’s up to Congress