Customers are still No. 1 at Amazon, but the tech giant now wants it to be known, officially, that employees are also “critical” to its customer-centric mission.

That’s one of the insights gleaned from a close read of Amazon’s new Form 10-K, the annual report with the Securities and Exchange Commission in which public companies offer unvarnished updates on their business results and operations.

Amazon’s 10-K, filed Feb. 3, includes the most significant changes in more than two decades in the way the company refers to its employees. In fact, the section on employees isn’t titled “Employees” anymore. Instead, it’s “Human Capital.”

And for purposes of regulatory disclosure, at least, the company is no longer saying this: “We consider our employee relations to be good.” Variations of that sentence have been a fixture of Amazon’s 10-K, from the company’s 1997 IPO through last year’s filing. It no longer appears in any form in the latest version. 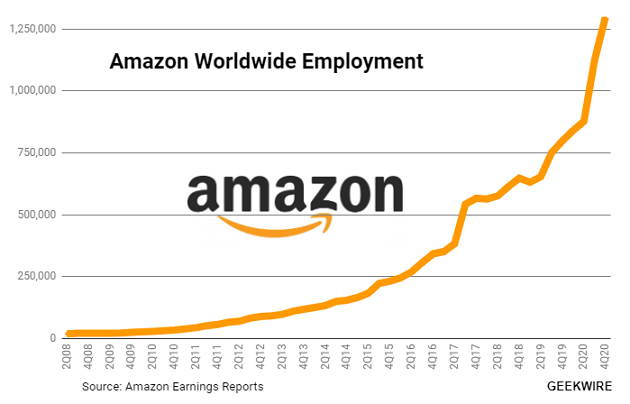 The timing is notable in several ways.

10-K changes: Against that backdrop, here are the changes in the 10-K section on employees, compared with the 10-K for the prior year (which previously hadn’t changed much dating back to the late 1990s). New additions are in bold; removed language is in strike-through; normal text remains the same from the prior year.

Our employees are critical to our mission of being Earth’s most customer-centric company. As of December 31, 2020, we employed approximately 1,298,000 full-time and part-time employees.  Additionally, we utilize independent contractors and temporary personnel to supplement our workforce.  Competition for qualified personnel has historically been intense, particularly for software engineers, computer scientists, and other technical staff.

We focus on investment and innovation, inclusion and diversity, safety, and engagement to hire and develop the best talent. We rely on numerous and evolving initiatives to implement these objectives and invent mechanisms for talent development, including industry-leading pay and benefits, skills training programs such as Amazon Career Choice and the Amazon Technical Academy, mentorship and support resources, and programs that advance engagement, communication, and feedback.

Notes on language: “Human Capital” might sound dystopian as a direct replacement for “employees,” but it’s an accepted term in finance, meant to reflect a more comprehensive view of the value of employees.

“The concept of human capital recognizes that not all labor is equal,” explains the official Investopedia entry on the term. “But employers can improve the quality of that capital by investing in employees—the education, experience, and abilities of employees all have economic value for employers and for the economy as a whole.”

Amazon has also renamed its Human Resources division, led by senior vice president Beth Galetti, as “People Experience and Technology.” (We learned this in reporting on the recent departure of the company’s diversity and inclusion leader, Elizabeth Nieto, for a new role at Spotify.)

Language removed from the employee section of Amazon’s 10-K includes past references to unions in Amazon’s international and studio operations. (The section makes no reference to unions anymore, which is notable given the ongoing union vote at the company’s Alabama warehouse.) Elsewhere in the filing, the company still lists international labor unions, and the potential for disruptions from labor disputes, among the risk factors to its business.

Worker safety: The 10-K notes that the company has added more than 400,000 workers since February 2020 to increase its fulfillment center capacity, largely in response to skyrocketing demand during the COVID-19 pandemic. That growth has put an increased focus on worker safety in its fulfillment and distribution centers.

The New York Times Magazine explores the issue this week in the piece, “Amazon’s Great Labor Awakening.” Writer Erika Hayasaki tells the stories of Amazon workers and observes, “[W]hile Amazon has often acknowledged that workers have the right to unionize, the company has tried to persuade them that doing so would introduce an unnecessary middleman. But Covid-19 proved to be a breaking point. Some workers were no longer willing to make concessions to a company that they felt was jeopardizing their safety and potentially their lives.”

Amazon’s 10-K says that the company spent more than $11.5 billion on COVID-19 related costs in 2020, including extensive safety measures.

“We will continue to prioritize employee and customer safety,” the filing says, “and comply with evolving federal, state, and local standards as well as to implement standards or processes that we determine to be in the best interests of our employees, customers, and communities.” 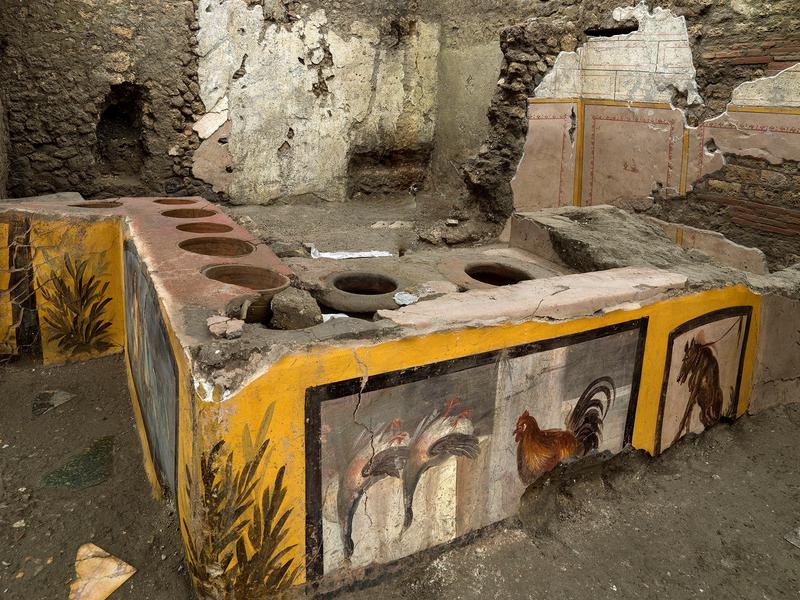 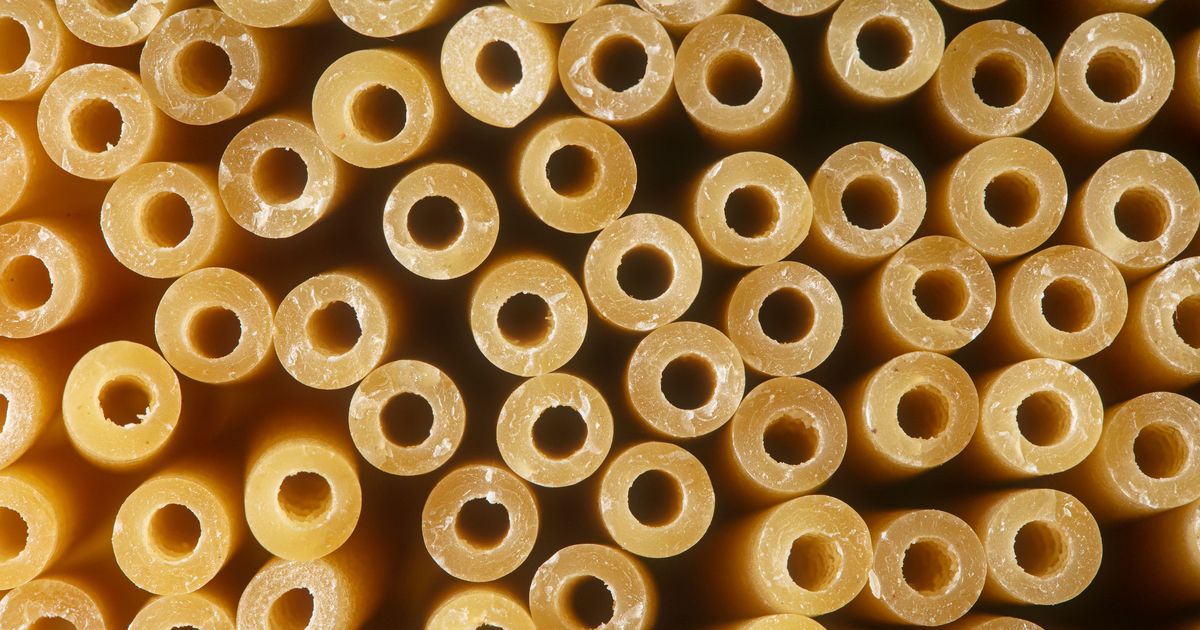 Why Is There a Bucatini Shortage in America?