An increasing number of women are rising through the venture capital ranks, achieving partner or managing director status more than ever before.

Axios analyzed 1,716 venture capital leaders at U.S.-based firms that had raised a fund of $100 million or more over the past five years.

Dan Primack’s research at Axios got us thinking: How do Seattle area venture capital firms do when it comes to gender diversity?

Of course, Seattle’s venture capital industry is small, so we didn’t look at fund size as a determining factor. Instead, we analyzed firms in Washington state from GeekWire’s own venture capital list.

Based on our research, Seattle area venture capital firms are making better strides in gender diversity than the nation as a whole.

We tracked 86 partners across 20 firms, pulling data from public websites and found 63 men and 23 women in leadership roles at the region’s top venture capital firms. That means women in key decision-making roles at Seattle area venture capital firms account for 27% of all senior roles — nearly double the national total.

Yes, there have been positive strides over the past couple of years. Yes, there is such a long, long way to go on this front.

Pioneer Square Labs Managing Director Julie Sandler addressed the lack of women in the venture capital ranks in GeekWire’s 2025 podcast last week, noting: “Yes, there have been positive strides over the past couple of years. Yes, there is such a long, long way to go on this front.”

And GeekWire has tracked the rising role of women in the startup investing circles, publishing a list of more than 50 women angel investors and venture capitalists from across the Pacific Northwest, including Vancouver, B.C. and Portland.

Here’s a look at the raw data we used to determine the breakdown of women and men in key decision-making roles.

**We looked at the highest ranking investment professionals in the venture capital firms. Common titles include: general partner, partner and managing director. We excluded titles such as venture partner, principal, strategic director, associate and investor.

***We excluded firms such as Ascend and Essence, which are operated by one partner.

The best deals we found this week: $40 off the Echo Show 5 and more 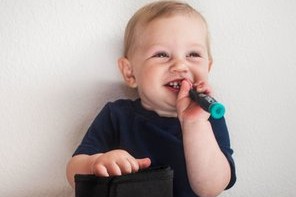 iFixit Dads, What Have You Fixed with Your Kids? Meet Smash Ventures, the low-flying outfit that has quietly funded Epic Games among others – TechCrunch