Safadi spoke a day after Prince Hamzah, a half brother of King Abdullah II, was placed under house arrest, in a rare public clash between top members of the long-ruling family.

The unprecedented incident has raised concerns about stability in a country seen as a key Western ally in a volatile region and drawn an outpouring of support for Abdullah.

In a videotaped statement from house arrest, Hamzah accused the country’s leadership of corruption and incompetence.

Safadi, who also holds the title of deputy prime minister, said intelligence agents had been observing the plotters for some time and raised their concerns with the king.

He said Hamzah was asked to “stop all these activities and movements that threaten Jordan and its stability,” but he refused.

Safadi did not identify the foreign countries allegedly involved in the plot. But he said a longtime senior official who has business ties in several Gulf Arab states, Bassem Awadallah, was involved and had been planning on leaving the country. He also said Awadallah had been trying to secure a place for Hamzah’s wife to flee.

The U.S., Saudi Arabia and Arab countries across the Middle East issued strong statements in favor of Abdullah.

The swift show of support underscored Jordan’s strategic importance as an island of relative stability in the turbulent region. While the harsh criticism from a popular member of the ruling family could lend support to growing complaints about the kingdom’s poor governance, the king’s tough reaction also illustrated the limits to which he will accept public dissent.

Labib Kamhawi, a Jordanian analyst, said Hamzah had crossed a red line by indicating he might be an alternative to the long-ruling king.

“This is something the king does not accept or tolerate,” he said. “This is why we are now witnessing what has happened. This file is now more or less closed.”

“Praying that truth and justice will prevail for all the innocent victims of this wicked slander. God bless and keep them safe,” she tweeted.

In his video, Hamzah said he was visited early Saturday by the kingdom’s military chief and told he could not go out, communicate with people or meet with them. He said his phone and internet service were cut and his satellite internet, used to record the message, was being cut off as well.

He said he was told he was being punished for taking part in meetings in which the king had been criticized, though he said he was not accused of joining in the criticism.

“I’m not part of any conspiracy or nefarious organization or foreign-backed group, as is always the claim here for anyone who speaks out,” he said. “There are members of this family who still love this country, who care for (its people) and will put them above all else.”

“Apparently, that is a crime worthy of isolation, threats and now being cut off,” he added.

Hamzah is a former crown prince who was stripped of that title by Abdullah in 2004, five years after becoming king following the death of their father, the late King Hussein. 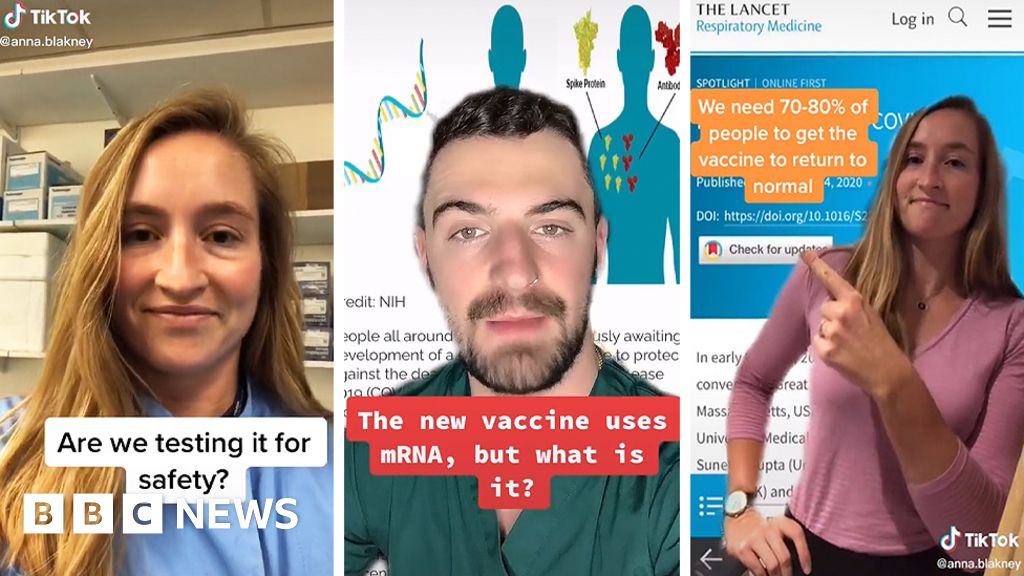 Vaccine doctors on TikTok: ‘Come for the fun, stay for the science’