The Covid-19 pandemic and climate change have led to catastrophic fallout on a global scale, necessitating cross-border cooperation. Both also cause exponentially more harm to those of lower socioeconomic status.

Experts say that the Covid-19 pandemic has been a stress test for regional and international collaboration that has strained political partnerships. But despite nationalistic self-interest surrounding supplies of vaccines and virus treatments, some experts say it may actually put us in a better position to earnestly and successfully combat climate change in a post-pandemic society — if we learn from our mistakes.

“The pandemic has given us a trial run,” said Alice Hill, the David M. Rubenstein senior fellow for energy and the environment at the Council on Foreign Relations. “But the big difference between pandemics and climate risk is that the climate has undergone permanent, irreversible damage. And so we need to focus on how we build resilience quickly and effectively on a global scale.”

Hill’s upcoming book, “The Fight for Climate after COVID-19,” explores the many lessons learned from the world’s failure, so far, to avert disastrous increases in global temperatures. She argues that despite the pain it has caused, the pandemic offers an immense learning opportunity, if only we are willing to take this lesson to heart: When it comes to global disasters, we need multilateral solutions that take everyone into account.

This kind of concerted, cooperative effort Hill says we need to curb climate change was perhaps most noticeable in the scientific community’s race for a vaccine, a pursuit of normalcy that yielded results in record time. The challenge now is coordinating an equitable global distribution plan that takes into account that “this pandemic will not end for anyone, until it ends for everyone,” said Obiora C. Okafor, the United Nation’s independent expert on human rights and international solidarity.

Okafor warned in January that the world “faces a sharp and highly problematic vaccine-divide” where a small number of richer countries have “cornered the vast majority of available COVID-19 vaccines, leaving the bulk of the world’s population with almost no access to these medicines.”
This inequity is all too familiar to those who study the effects of climate change. As the climate crisis worsens, many groups — including poor communities and communities of color — are the most vulnerable to the dangers of a warming planet.

“We were caught unprepared by the virus, but we’ve also been caught unprepared by the natural disasters that have been exacerbated and caused by climate change,” said Josh Apte, a professor of environmental science at the University of California-Berkeley’s School of Public Health. “And this is because, even in really prosperous societies, we haven’t attended to the equity infrastructure that we need in order to protect people.”

The pandemic has also preyed on underlying economic and health care disparities. Centers for Disease Control and Prevention data shows that Black, Hispanic and Native American people that are infected with Covid-19 are far more likely to be hospitalized than other groups.

The privilege that allows some to work from home and avoid contact with strangers is the same privilege that allows others to work in air-conditioned office buildings, while manual laborers suffer outdoors in dangerous temperatures. These conditions will only get worse and more erratic as climate change accelerates, says Apte, and those lower on the socioeconomic ladder will suffer the brunt of the consequences.

“COVID has been manageable for some people in society and totally unmanageable for others because many societies around the world don’t have the safety net to help people when the bottom falls out.”

However, by bringing these systemic inequalities to the forefront of the public consciousness, experts say the pandemic could inspire us to see the world as truly interconnected. As a result, we may be able to design equitable programs and offer resources to combat the growing divide between rich and poor.

“All of our planning going forward needs to account for the increased risk for vulnerable populations,” said Hill. “Those who have the least means, those who have faced historic discrimination — they suffer the most.”

When it comes to the pandemic response, we have already seen seeds of equity beginning to sprout. The COVID-19 Vaccines Global Access (COVAX) program, an initiative led in part by UNICEF and the World Health Organization, is a coalition of wealthier nations and the European Union Commission whose aim is to increase access to Covid-19 vaccines in developing countries. As of April 12, the multilateral organization has shipped 38 million Covid-19 vaccines to 106 participant nations such as Ghana, Moldova, Belize, and Vietnam.

There are also signs that the Biden administration is putting equity and environmental justice at the center of its plans to fight climate change.

President Biden recently unveiled a sweeping infrastructure plan that would invest hundreds of billions of dollars into clean energy and climate change mitigation research. But the plan also seeks to reform foundational social systems that have suffered from both continual federal disinvestment and the pandemic. It includes investments that the administration says will improve access to affordable housing, clean water, and reduce air pollution, especially in communities of color and rural parts of the country.

According to Hill, we must use this approach to avert the worst consequences of climate change globally.

“We need to help these countries deal with the impact of climate change, and make sure that they are able to turn to clean energy sources rather than dirty energy sources,” she said. “It is in our interest to help countries better prepare both for climate risks and to combat the virus, because we will suffer reverberations as a result of other governments being unable to handle the issues in their own countries.” 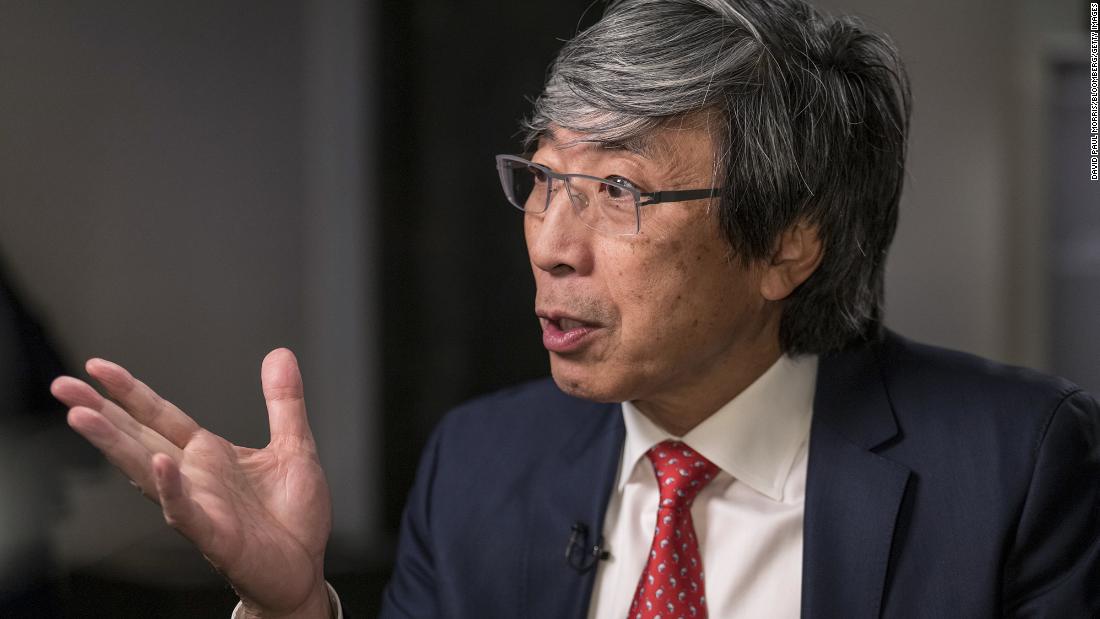 Billionaire is ‘completely disenchanted’ after attacks on Asian Americans

The Best Gift Card Exchanges Amazon Has to Offer