The plywood is coming down, restaurants that survived are adding hours and vehicle traffic in Seattle is growing from the ghost-town levels of one year ago. But as downtown, Belltown, and South Lake Union ready for the return of tens of thousands of employees to its skyscrapers, coffee shops, and sidewalks, a handful of questions remain unanswered.

Did the pandemic change Seattle’s central business district for good or will the deep sleep dissipate over the coming year? Will companies require workers to come back to the office and will they need to be vaccinated? And is downtown prepared to absorb all — or even part — of the 350,000 workers who departed 15 months ago?

The answer depends on who is asked.

In late March Amazon released a statement affirming that it’s an office-based company and its commute-and-cubicle culture will resume this fall — a crucial boost for the vibrancy of downtown Seattle businesses that have been crushed amid the pandemic. Brick-and-mortar retail jobs declined 65% last year, according to Downtown Seattle Association data.

Zillow, which pre-pandemic had 2,700 office workers in a building on Second Avenue and Union Street, is taking a hybrid approach with some workers coming back only some of the time.

And some companies are saying no, we won’t be coming back. Some are happy to ditch their leases and shift employees to full remote work, while others remain concerned with crime and homelessness. Seattle startup Ad Lightning, for example, exited its downtown Seattle lease last year and doesn’t plan to return.

GeekWire Virtual Event on Wednesday: Compassion Seattle: Is this the path to solving homelessness?

“What I’ve observed particularly the last five to 10 years is an attitude in Seattle that I would characterize as anti-business, and kind of anti-job, and that certainly has accelerated in the last few years,” Ad Lightning co-founder Scott Moore said on a recent GeekWire podcast. “And it’s unfortunate.”

GeekWire surveyed a handful of tech company leaders via email about their return-to-office plans in downtown Seattle and their mixed responses reflect the varied approaches being taken after more than a year of remote work.

Jodi Ellias, vice president of marketing for Payscale, said the compensation research company gave up its Seattle office lease during the pandemic but will return to downtown with a smaller footprint and a plan to mirror Zillow’s approach.

“Payscale plans to ultimately occupy … a more collaborative workspace in the Seattle area that supports hybrid work scenarios,” she said. Payscale had 160 employees downtown out of 600 globally, she said. The company didn’t yet have firm numbers for how many staff will go into the office each day. And it will not require vaccines for staff to return.

Ellias said she is looking forward to having some office time this summer for one key reason: She has yet to meet a single member of her 10-person team in person after being hired in May.

On the other end of the scale is Textio. The writing enhancement service company will base none of its 90 employees in downtown Seattle. Co-founder and CEO Kieran Snyder — who will speak Wednesday at a GeekWire event about Seattle’s homelessness crisis — said Textio will not be returning full-time staff to downtown Seattle, or downtown anywhere.

“We’re considering whether we will add some ‘touchdown’ space for team members who want to meet in person,” she said. “But we will be distributed-first; more of our employees want flexibility than not.

“We are not planning to have a single HQ with remote satellites.” As a result Textio, she said, will not require its staff to be vaccinated.

Whether the Textio and Ad Lightning departures from downtown are an exception for tech companies remains unclear. But representatives with large commercial real estate firms are certain someone is going to want the extra space that comes from downsizing. Lisa Stewart, the Seattle-based managing director of real estate giant JLL, said the idea that downtowns are dead is significantly overblown.

“The headlines were that all of the coast cities that had led the (boom) last cycle were going to crash (because) everybody was moving to other places,” she said in an online conference last week. “We always talked about it as the three Bs — everyone is moving to Boise, Bend, and Boseman.”

But the reality was pretty different. While some people did move to those places, actual moving data swamps the anecdotes.

Stewart said Seattle had more people move to the city in 2020 than in 2019. The numbers indicate that Seattle likely benefited from out-migration from New York, San Francisco, and Los Angeles. And because the region retained its wealth of talent in cloud computing, AI, and gaming, she said, it will continue to attract tech companies. “The more (talent) we have the more we get,” she said.

Representatives from the companies surveyed all expressed concerns about the homeless problem in downtown and what the city and businesses can do to improve it. “We are very concerned and saddened by the growing homelessness crisis in Seattle,” said Lisa Chan, head of communications for Seattle-based Amperity.

“More work must be done to help those impacted find more permanent housing and mental health support,” she added. “We recognize there is a lot of work to be done to ensure public safety so that our team members can feel confident coming downtown and commuting safely.”

With the pandemic’s decline on the horizon and a commercial real estate recovery, the city is left with a thorny problem: How will it clean up downtown and help restart one of the city’s primary sources of taxes while finding an acceptable solution to get its homeless residents the help they need?

The overall numbers defy the entrenched belief about lawlessness in the city’s center. Crime in downtown actually declined in 2020 from 2019, according to the Seattle Police Department Crime Dashboard (though it remains unclear if the statistical drop simply was because fewer people were there to report illegal activity).

But city crime analysts who track the gap between crime perception and reality know that the common visual indicators — tents, trash, hypodermic needles, sensational media coverage — have conflated a homeless crisis with a crime crisis. This, in part, is what led to the business-backed Compassion Seattle Initiative.

The initiative is a citywide ballot measure to force the city to fund a battery of services and shelters for thousands of the town’s unsheltered residents. It also would require the city to keep “parks, playgrounds, sports fields, public spaces and sidewalks and streets clear of encampments” once the mandated housing, drug, and mental health services are in place.

Currently, the initiative is in the signature-gathering phase. It must get 33,000 valid signatures in the next three weeks to qualify for the ballot. And while the measure backed by the downtown association is meant to mandate city policy regarding its homeless population, it’s also meant to let businesses and residents know that the city will be forced to do something to move the needle — even if that something is controversial.

Some companies remain committed to downtown Seattle and are excited to return and be part of the revitalization process.

Karen Clark Cole, CEO of UX company Blink, said she had 80 employees downtown prior to the pandemic shutdown. That number dropped to four employees at the pandemic’s height. But it plans to bring them all back, albeit slowly. By September, she estimated the company might have 10% of its employees back in the office.

“We have not considered moving or downsizing our office,” she said. “[Blink] will gradually start requiring people to come in for collaboration sessions, team meetings and to meet with clients.”

Moreover, she said, the company plans to expand its downtown workforce. “We grew during 2021 (only about 4%) and will continue to grow,” she said, adding that Blink will require all of its in-office employees to be vaccinated. “There will be more people assigned to the downtown Seattle office, but most people will be part-time so not everyone will be there at once.”

Blink and other tech companies are considering a form of what is being called the 3-2 staffing model for business — three days in the office, two remotely.

F5, the networking and application security company, plans to take a similar approach to Blink. The company had more than 1,400 employees in its Fifth Avenue tower prior to the pandemic. Currently, fewer than 5% of those workers are in the building. But that will start to change, said spokesman Rob Gruening.

“As we surveyed our employees throughout the pandemic to get an idea of how they want to work in the future, a significant majority indicated a desire to have flexible schedules — the ability to come into the office for interaction and collaboration and work remotely when they need to focus,” he said.

“Some people will still come into the office full time and some will work remotely full time, but a much larger percentage will do a hybrid of both,” he said, adding that F5 will not require its workforce to be vaccinated. The hybrid work model means the company has sublet six floors of its building but has zero intentions of leaving downtown Seattle, he said.

Amperity’s Chan said managers there are planning a 3-2 staffing model and mandatory vaccinations for its 115 Seattle-based workers. The customer data platform company will keep the same downtown footprint, Chan said.

Amperity at no point, she noted, considered moving away and managers still see significant benefits in Seattle’s business district. “Accessibility and centralized location, amenities, and of course the energy,” she said. 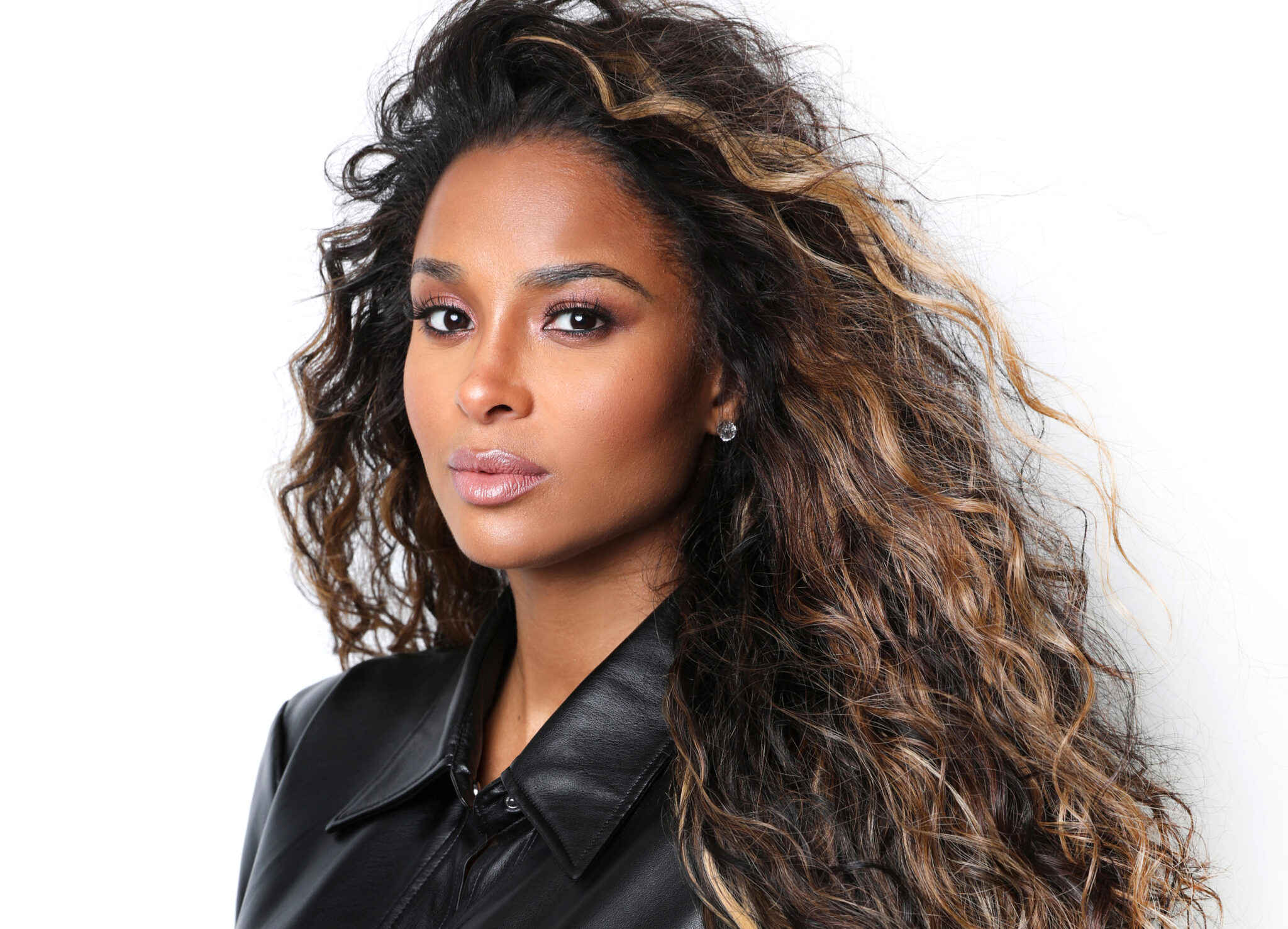