Cloudera was once one of the hottest Hadoop startups, but over time the shine has come off that market, and today it went private as KKR and Clayton, Dubilier & Rice, a pair of private equity firms, announced they intended to purchase Cloudera for $5.3 billion. The company has a market cap of around $3.7 billion.

Cloudera and Hortonworks, two key startups in the Hadoop space, merged in 2018 for $5.2 billion. Cloudera was likely under pressure from activist investor Carl Icahn, who took an 18% stake in the company in 2019 and now stands to gain from the sale, which the company stated represented a 24% premium for shareholders at $16 a share. Prior to the market opening this morning, the stock was sitting at $12.86.

Back in the day, about a decade ago, when Hadoop was the way to process big data, venture money was pouring into the space. Over time it lost some of its glow. That’s because it was highly labor intensive, and companies began moving to the cloud and looking at software services that did more of the work for them. More modern technologies like data lakes began replacing it and the company recognized that it must change its approach to survive in the modern data processing marketplace.

Cloudera CEO Rob Bearden sees the transaction as a way to do just that. “We believe that as a private company with the expertise and support of experienced investors such as CD&R and KKR, Cloudera will have the resources and flexibility to drive product-led growth and expand our addressable market opportunity,” Bearden said in a statement.

While there is a lot of executive jargon in that statement, it basically means that the company hopes that these private equity firms can give it some additional financial resources to move toward a more modern approach for processing large amounts of data.

While it was at it, Cloudera also announced a couple of acquisitions of its own to help it move toward that modernization goal. For starters, it grabbed Datacoral, a startup that abstracts away the infrastructure needed to build a data pipeline without using code. It also acquired Cazena, a startup that helps customers build cloud data lakes, giving the company a more modern approach to processing big data. Bearden sees both of these services helping Cloudera reposition itself in the big data self-service market

“Both businesses will enable our combined customers to enjoy a reduction in complexity and faster time to value for their data initiatives, leading to improved insights, faster innovation, and stronger engagements with their customers and partners,” Bearden said in a statement.

Cloudera went public in 2018, closing at $18.09 a share after raising $1 billion. The vast majority of that was a $740 million investment from Intel Capital in 2014. It’s worth noting that Cloudera bought Intel’s stake in the company at the end of last year for $314 million.

Hortonworks raised another $248 million. A third Hadoop startup, MapR, raised $280 million. The company’s assets were sold rather unceremoniously to HPE in 2019 for a price pegged at under $50 million, showing just how far the market has fallen since its earlier glory days.

The Cloudera deal includes a brief “go shop” provision that allows it to continue to look for a better deal. It’s doubtful it will find one, and if it doesn’t the transaction with KKR and CD&R is expected to close in the second half of this year subject to typical regulatory review. The company will announce earnings later today. 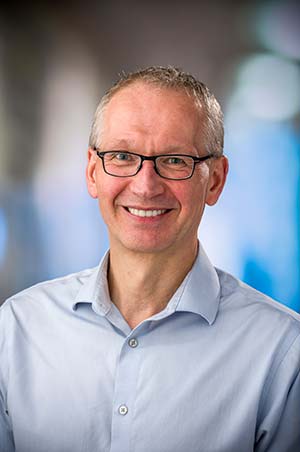 Comcast doubles the speed of its $10 Internet Essentials package