New funding: Electric Era, a Seattle startup that is designing and building battery systems for electric vehicle charging stations, has raised a $3 million seed round led by REMUS Capital.

The EV solution: As Electric Era’s CEO and co-founder Quincy Lee explains, the first hurdle to EV adoption was range anxiety, regarding how far a vehicle could run before recharging, and now the challenge has shifted to where and how quickly drivers can rejuice.

So the startup has created an energy storage device using lithium battery cells that pairs with fast charging stations being built around the country. The storage is needed to buffer the draw on the electrical grid caused by lots of cars plugging in for rapid charges. Utility operators can slap charging stations with large fees when the demand for power spikes, so a battery system like Electric Era’s can provide energy off the grid, avoiding those charges.

Electric Era is going through certification, safety and qualification testing for its products. The company expects to deploy its first units to customers in coming months.

Extraterrestrial roots: Lee previously worked at SpaceX, Elon Musk’s rocket and spacecraft company, for more than six years and most recently was a manager on the Starlink satellite team. Elliot Owen, co-founder and chief technology officer, had internships at SpaceX, Tesla and Virgin Hyperloop, a company innovating new forms of transportation. Other team members likewise have experience in the space sector.

The startup recently moved to a new, larger space in Seattle. The team will be able to build 40 energy storage units a week.

“This is much easier to make than a rocket or a satellite,” Lee said.

Electric Era launched last year and has seven employees. In September it raised a $700,000 round backed by MIT and Stanford University angel investor communities.

More on the market: The Biden administration is pushing for the expansion of the country’s EV charging infrastructure. In March, the government reported that there are 100,000 U.S. public charging sites. President Biden’s American Jobs Plan includes plans to spend $15 billion to build 500,000 charging stations nationwide.

Lee says they’re targeting gas station-esque facilities as well as malls and retail sites, and that they have several customers lined up. He did not provide names.

The startup’s competitors include California’s FreeWire Technology, which bills itself as “the global market leader in battery-integrated EV charging” and has raised $100 million in funding. Can speculative fiction teach us anything in a world this crazy? – TechCrunch 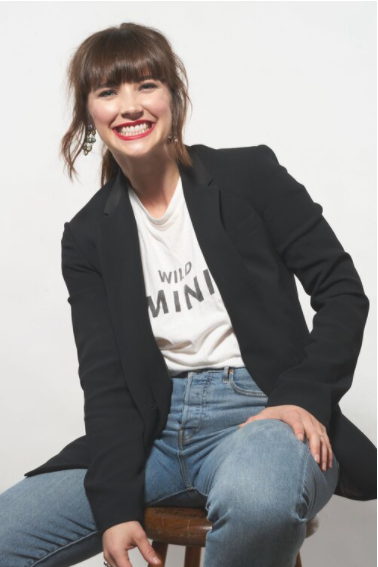