In this elegant, smallish book, just slightly larger than the Loeb Classic Library volumes, with left-hand-pages given over to Latin text, editor Michael Fontaine, a professor of classics at Cornell University, combines the extant writings on humor in public speaking of Marcus Tullius Cicero (106-43 B.C.) and of Marcus Fabius Quintilianus (ca. A.D. 35-99). Mr. Fontaine calls Cicero’s “On the Ideal Orator” a “masterpiece” and Quintilian’s “The Education of the Orator” “a master textbook on public speaking.” Neither is an understatement.

In a loose, one is inclined to say a swinging, translation, Mr. Fontaine makes use of such words as “zingers,” “badmouthing,” “shtick” and “chutzpah.” (Bet you didn’t know the Romans knew Yiddish.) He also employs such contemporary phrases as “virtue-signaling,” “metrosexual” and “politically incorrect.” To enjoy his translation, one must smother the pedant in oneself and recall that there is no such thing as the perfect translation; only more or less inaccurate ones. I have myself long owed a debt of hearty laughter to a French translator who rendered “Englishmen always love an underdog” as “Les Anglais aiment toujours le ventre du chien,” or Englishmen love the belly of the dog.

How to Tell a Joke

By Cicero and Quintilian

Oratory is the art of persuasion, and in “How to Tell a Joke” humor is considered chiefly for its value in defeating a rhetorical opponent. Cicero and Quintilian are interested, as Mr. Fontaine writes, “not in jokes as entertainment, but as weapons of war.” Yet even war has rules. Cicero sets out some of them. Foul language is barred. Mimicry is considered beneath a gentleman. Obscenity is “not only inappropriate to public life, but it should hardly be heard even at private parties.” Even “jokes that call out and stigmatize some disgrace [should be done] in a graceful way.”

Cicero was the first intellectual to rise to prominence in politics, and his life offers perhaps the best warning on record to intellectuals to steer clear of politics. A novus homo, or new man, which is to say a man born without a distinguished lineage, the first of his family to enter public life, Cicero, through talent and cunning, achieved the office of consul, the highest in the Roman Republic. But, owing to thugs employed by Mark Antony, he ended with his decapitated head and hands nailed above the rostrums in the Forum.

What to Read This Week

Five books that illuminate the experience of D-Day, new fiction from Rivka Galchen, myth versus history at the Alamo, the Roman art of political humor and more.

Opinions about Cicero among historians differ, sometimes wildly. Theodor Mommsen hadn’t a good word to say about him, only degrading ones—trimmer, coward, fraud among them. In the fourth volume of his “History of Rome” (1854-56), Mommsen wrote: “As a statesman without insight, option or purpose, he figured successively as democrat, as aristocrat, and as a tool of the monarchs, and was never more than a shortsighted egotist.” Mommsen is no less harsh about Cicero the writer, granting him merit only as a stylist. According to Mommsen, Cicero argued using words, not reasons; was without either conviction or passion; and “was nothing but an advocate, and not a good one.”

The French classicist Gaston Boissier, in his brilliant “Cicero and His Friends: A Study of Roman Society in the Time of Caesar” (1865), provides a more measured portrait of Cicero. He makes a useful distinction between Cicero the politician and Cicero the intellectual, or man of letters. Allowing that Cicero could be irresolute, inconsistent, even contradictory, Boissier writes: “The mind of the man of letters is often more perfect, more comprehensive, broader than that of the politician, and it is precisely this breadth that cramps and thwarts [Cicero] when he undertakes public affairs.” Boissier concludes: “The best way to defend Cicero is to remember in what a time he lived, and how little he was fitted for that time.”

More rhetorician than philosopher, Cicero, in Boissier’s words, “knew how to talk to the multitude and make himself listened to,” even to the point of making it “accept and even applaud opinions contrary to its preferences.” Of the two paths to political high office in Rome, military victory and oratorical brilliance, Cicero owed his rise to the latter; he conquered with words not swords.

Demosthenes and Cicero were the two great orators in the ancient world. Quintilian notes that Demosthenes had no humor and Cicero was unable to resist humor. Cicero joked with ease in his speeches, and he was also known for his wit in private. He is, in other words, a man worth attending to on the subject of jokes, how they work and how best to use them.

Yet for all his sensible instruction about oratory, Cicero, as Anthony Everitt, his most recent biographer, reports, “specialized in the brutal put-down.” Plutarch adds that Cicero “excited much ill-feeling by his readiness to attack anyone for the sake of a jest.” When, in the course of a dispute, Metellus Nepos criticized Cicero’s lineage, calling into question the status of his father, Cicero replied, “Your mother has made the answer to such a question in your case more difficult.”

Cicero believed that humor was a gift, a quality one is born with and is unlikely to acquire, and Quintilian by and large seconds him in this. Both men break down humor into major types: that based on surprise, that making fun of the quirks of others, that based comparison, non sequitur and more. Both ancient authors provide jokes as examples of these various types. One of the non sequitur jokes asks, “In your view, what kind of man gets caught in flagrante delicto?” to which the answer is, “A slow one.” Then there are jokes that stress inconsistency: “That guy has it all—except money and redeeming qualities.” Many of these exemplary jokes work nicely, but quite a few are lost in the lapse of the two millennia between the ancient world and our own, and these require explanation in Michael Fontaine’s footnotes.

Mr. Fontaine’s title, “How to Tell a Joke,” is a bit of a misnomer. The book is instead about what kind of jokes work best in political debate, legal battles and public speaking generally. The nature and utility of quips, comebacks and puns to defeat opponents are considered. Humor that remains  urbane is prized above all. Urbanity, in Quintilian’s view, means that nothing off, crude, tasteless, or strange can be seized on in the meaning, language, facial expression, or gestures; and it’s not so much a matter of this or that word as it is the whole tenor of speech, much in the way that in Greek, the concept of ‘Atticism’ conjures up the stylish taste of Athens.”

Reading about the element of humor in the ancient world, one thinks of political figures closer to our own day, who availed themselves of wit in their public utterances. Not many come to mind. Perhaps the last was Winston Churchill, who seems never to have said anything unworthy of quotation. As for Churchill’s humor, I have always been partial to the anecdote that has him debating in Parliament, when an aide sends him a note alerting him to the fact that the buttons on the fly of his trousers are undone. Churchill does nothing to repair the situation, and later informs his aide that there was really little to worry about, for “a dead bird never leaves the nest.”

American politicians have not been notable for the power of their oratory. During the presidency of

so little was Eisenhower known for interesting speech, that the English referred to the White House of those years as “the tomb of the well-known soldier.”

Among contemporary American politicians, the only one who relies heavily on humor is John Kennedy, the Republican senator from Louisiana, who specializes in outrageously similes and analogies. He has called

a country that has been “getting into the foothills of creepy.” He holds that the accuracy of economic forecasting over the past decade “makes those psychic hotlines look reputable.” He says being lectured on Covid by New York Gov. Andrew Cuomo is “like a frog calling you ugly.”

Which brings one to Donald Trump, almost all of whose humor fails the Cicero and Quintilian tests and yet, in its own peculiar way, served his purpose in rallying his followers. Quintilian notes that “a bullying or terrorizing remark is unworthy of a decent person, even if it is funny.” Calling Elizabeth Warren “Pocahontas” was amusing because she had first made dubious claims about her Native American heritage. But making fun of an opponent’s physical defects, or less than attractive looks, or size—Trump specialties all—was merely cruel. Wit, for Quintilian, “denotes charm and a certain polished elegance.” Reverse that definition and you have the humor of our 45th president.

Neither Cicero nor Quintilian explained the intrinsic attraction of humor apart from diverting, countering and defeating one’s political opponents. Both men leave open the question of the pleasure conveyed by superior jokes.

In his “Jokes and Their Relation to the Unconscious” Freud called jokes “good news,” by which he meant that the creation of a joke was evidence of someone thinking. Aesthetically, I believe that the best jokes are miniature short stories and often achieve the same effects. Only the other day, for example, I opened an email from an old friend to find the following:

The 60-year-old owner of a very successful chain of bargain stores throws a huge wedding reception for his friends to his marriage to his beautiful 23-year-old bride. The wedding is held at his 30-room mansion on his 75-acre estate. No expense is spared. A few of his closest friends cornered him for a few moments and asked him how he was able to land such a dazzling woman. “Simple,” he said. “I told her I was 89.”

In the joke’s fewer than 100 words, I could easily imagine the bride and groom, the mansion and estate, the entire scene. At the punchline I smiled, giggled slightly, felt my spirits elevated. The joke’s appeal, moreover, is universal. Cicero and Quintilian, safe to say, would both have got it.

—Mr. Epstein is author, most recently, of “Gallimaufry: A Collection of Essays, Reviews, Bits.” 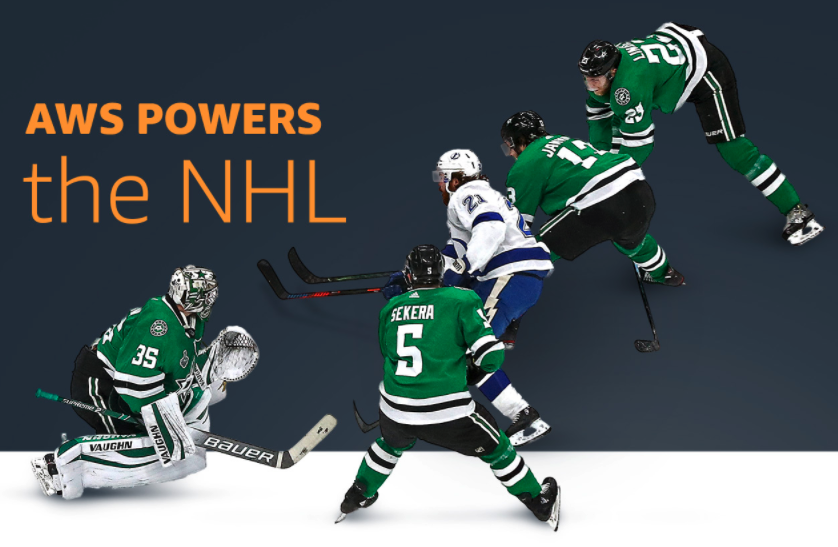