Ice cream is, bar none, the best dessert out there. It’s rich, creamy, cold, and comes in as many flavors as you can imagine, from your standard chocolate and vanilla to experimental offerings such as ghost pepper or corn on the cob. Some days, it’s enough to open a pint from the nearest grocery store, but making your own feels satisfying in a way that store-bought just can’t provide.

Most ice cream recipes require an ice cream maker. If you don’t have one—and let’s face it, that’s a piece of specialized equipment that will just take up extra room in your kitchen, while also costing money—then no-churn ice cream recipes are a good option for when you get the occasional craving to make your own.

Over the years, I’ve found a couple recipes that are quick, easy, and provide a taste I can’t find in the store. Both of my standards are citrus-based. As it turns out, the acid in the citrus thickens the cream, which cuts down on the need for whipping and churning. The sugar balances out the tartness, while also keeping the ice cream from freezing too hard.

This recipe for no-churn lemon ice cream comes from novelist, peach farmer, and food writer Dori Sanders, and satisfies all of my requirements for a recipe: It’s quick, easy, and results in an ice cream that is far superior to anything I can buy. In this case, the result is an intensely tart, lemony flavor that I’ve yet to find in the store-bought versions. I’ve also made it using limes, which works just as well.

To make the ice cream, all you do is whisk together one cup sugar, the juice and zest of two lemons or limes, and a pinch of salt. Once this turns into a thick paste, whisk in one cup of heavy cream and one cup of whole milk. Whisk all that together, pour the mixture into a metal pan, cover it with aluminum foil, and put in the freezer.

According to the recipe, you’ll need to stir the mixture after about two to three hours of freezing, after which you let it freeze a little more. Personally, I’ve found that if you pour the mixture so that it’s only about one-inch thick, you can skip the stirring step. Sometimes, it helps to be lazy.

One note: I’ve made this recipe a hundred times and I’ve never, not once, made the candied sesame seeds that Sanders suggests making to put on top of the ice cream. If you do make them, please report back to me.

Every time I make this, my toddler inhales it, then demands more. I guess he won’t have choose between pink lemonade or soft serve ice cream after all. Instead, he gets the best of both.

For additional ideas, I suggest checking out the Instagram Live show, Ice Cream Sundays With Dr. Maya, hosted by Dr. Maya Warren, who is an ice cream scientist with a Ph.D. in food science. (Yes, that is an actual career! If only I’d known that was a possibility when I was younger!)

With choices like that, you may never run out of new ideas for ice cream.

Use ‘EverythingToolbar’ to Find Files Faster in Windows 10 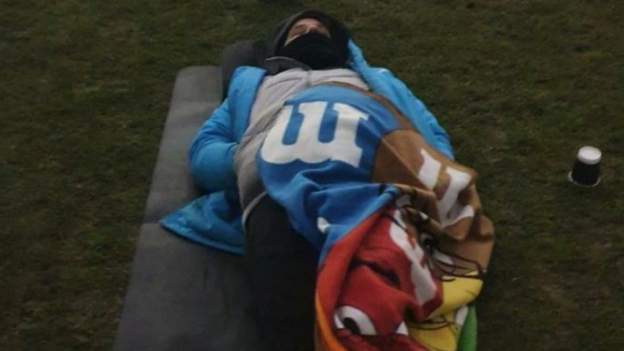 FA Cup third round: Things you might have missed