As of this writing, Didi’s stock price is down 5.3%. In today’s edition of The Exchange, Alex Wilhelm suggested that the move wasn’t a complete surprise, but it still “puts a bad taste in our mouths,” since the company went public days ago.

Full Extra Crunch articles are only available to members.
Use discount code ECFriday to save 20% off a one- or two-year subscription.

When Didi filed to go public, it listed several potential pitfalls facing Chinese companies that go public in the U.S., including “numerous legal and regulatory risks” and “extensive government regulation and oversight in its F-1.”

What does this news signify for other Chinese companies that are hoping for stateside IPOs?

We’ll be off on Monday, July 5 in observance of Independence Day. Thanks very much for reading, and I hope you have an excellent weekend.

Did you hear about the CEO who made misleading claims about a funding round and got sued? How about that pharmaceutical executive whose taunts to a former Secretary of State led to a 4.4% decline in the Nasdaq Biotechnology Index?

In case it isn’t clear: Startup executives are held to a higher standard when it comes to what they post on social media.

“Reputation and goodwill take a long time to build and are difficult to maintain, but it only takes one tweet to destroy it all,” says Lisa W. Liu, a senior partner at The Mitzel Group, a San Francisco-based law practice that serves many startups.

To help her clients (and Extra Crunch readers) Liu has six basic questions for tech execs with itchy Twitter fingers.

The 2021 edtech avalanche has just begun A report from Brighteye Ventures on Europe’s edtech scene shows that this year’s deal flow is on pace to meet or surpass 2020, when remote instruction exploded.

According to Brighteye’s head of Research, Rhys Spence, the average deal size is now $9.4 million, a threefold increase from last year. Still, “It’s interesting that we are not seeing enormous increases in deal count,” he noted.

How Robinhood’s explosive growth rate came to be Trading platform Robinhood has attracted enough users and activity to change the conversation around retail investing — economists will likely be discussing the 2021 GameStop saga for years to come.

After the company filed to go public yesterday, Alex Wilhelm sorted through Robinhood’s main income statement to better understand how it scaled year-ago revenue from $127.6 million to $522.2 million in Q1.

“Those are numbers that we frankly do not see often amongst companies going public,” says Alex. “300% growth is a pre-Series A metric, usually.”

So: where is all that revenue coming from? Given the valuation gap between U.S. tech markets and those overseas, it’s easy to see why some foreign startups would head to our shores when it’s time to go public.

But Anna Heim and Alex Wilhelm found that a record increase in European venture capital activity is picking up the pace of IPOs this year, and many of these companies are content to go public in their native markets.

To gain some insight into where European investors believe they have an advantage, Anna and Alex interviewed: In a recent private equity survey, 80% of respondents said their co-investments with people outside traditional VC firms outperformed their PE fund investments.

Alternative investors are highly motivated, and because they’re seeking higher returns than are generally available in public markets, they are less daunted by risk. In return, they benefit from less expensive fee structures and develop close ties with VCs, enlarging the talent pool as they build investment skills.

These relationships have direct benefits for VCs as well, such as more flexibility with diversification and consolidated decision-making power.

Dear Sophie: How can I bring my parents and sister to the U.S.? My husband and I are both U.S. permanent residents.

Given what we’ve gone through this past year being isolated from loved ones during the pandemic, we’d like to bring my parents and my sister to the U.S. to be close to our family and help out with our children. Smart-building products include everything from connecting landlords with tenants to managing construction sites.

Given their widespread impact on the enterprise — and the novel nature of much of this new technology, selecting the right digital building platform (DBP) is a challenge for most organizations.

“When it comes to the built environment, creating those comfortable, healthy and enjoyable places requires new tools,” says Turner. “Selecting a solid DBP is one of the most important decisions to be made.” One perennial problem inside startups: Because no one on the founding team has significant marketing experience, growth-related efforts are pro forma and generally unlikely to move the needle.

Everyone wants higher click-through rates, but creating ads that “stand out” is a risky strategy, especially when you don’t know what you’re doing. This guest post by Demand Curve offers seven strategies for boosting CTR that you can clone and deploy today inside your own startup.

Here’s one: If customers are talking about you online, reach out to ask if you can add a screenshot of their reviews to your advertising. Testimonials are a form of social proof that boost conversions, and they’re particularly effective when used in retargeting ads.

Earlier this week, we ran another post about optimizing email marketing for early-stage startups.

To guard against data loss and misuse, the cybersecurity conversation must evolve Locking down data centers and networks against intruders is just one aspect of an organization’s security responsibilities; cloud services, collaboration tools and APIs extend security perimeters even farther. What’s more, the systems created to prevent the misuse and mishandling of sensitive data often depend heavily on someone’s better angels.

According to Sid Trivedi, a partner at Foundation Capital, and seven-time CIO Mark Settle, IT managers need to replace existing DLP frameworks with a new one that centers on DMP — data misuse protection.

These solutions “will provide data assets with more sophisticated self-defense mechanisms instead of relying on the surveillance of traditional security perimeters,” and many startups are already competing in this space. 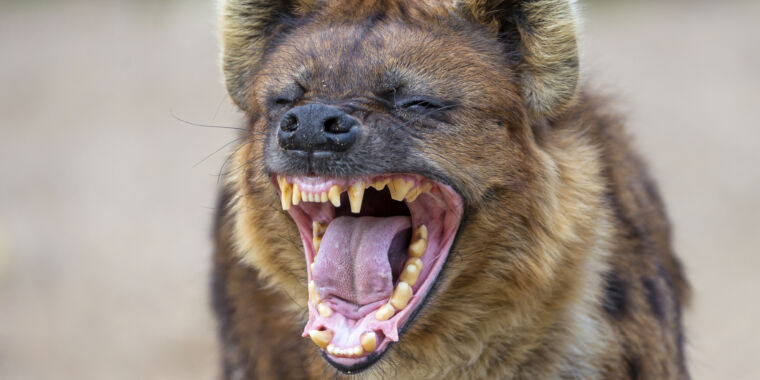 From apes to birds, there are 65 animal species that “laugh”