What works better against aphthous ulcers? Honey applied with a cotton swab three times a day after meals was compared head-to-head against an over-the-counter soothing pain-relieving paste and a prescription steroid cream.

We’ve known about painful aphthous ulcers, commonly referred to as canker sores, for thousands of years. “They are the most common lesion of the oral mucosa,” the lining of our mouths, perhaps named by Hippocrates himself. What did he prescribe for it? He “recommended honey for wounds of the head, ears, and penis,” though the first “written record of honey as a wound-healing agent dates back to 2600-2200 BCE,” so he was beaten to the punch by a few millennia by the ancient Egyptians on that score. Honey was also known to the ancient Chinese and is perhaps “the oldest wound dressing material known to man.” After a few thousand years, how about an update? I provide one in my video Topical Honey for Canker Sores.

Evidently, honey has been successfully used as a treatment for a number of types of wounds, including chronic ulcers. The evidence is apparently strongest for burns, but compared with what? Compared with a boiled potato peel? I’m not making that up. A study found that honey appears to work twice as well on burns as dressings made from boiled potato peels, perhaps because of an antibacterial effect, whereas potato peels only seem to cover up wounds, similar to using cadaver skin. Cadaver skin? I’d opt for a potato peel, which has earned “an important place in the management of burns in the developing world.” What else can you do in a resource-poor country?

Here, we have antibiotics to fight infections, so quality of healing is more often defined by the aesthetic look of the resulting scar. How does honey do with scars? Plastic surgery patients had half of their surgical scar covered with conventional dressings and the other half of the same scar covered in a honey dressing. The halves of the scars covered in honey healed about a third narrower than those covered conventionally, suggesting an improvement in the healing process.

What about canker sores? In a study reporting on 19 cases, all of the participants started out with severe pain, but after only one day of rubbing honey on the sore, their pain was reduced drastically. In fact, pain was gone in 92 percent of patients after only one day of treatment. What’s more, in most cases, the ulcer was gone completely by the third or fourth day. However, there was no control group, so we don’t know if the participants may have gotten better anyway or if there was a placebo effect.

“Modern medicine has neglected honey as a therapeutic agent” because the science has been poor—essentially just a series of published anecdotes. One could argue, though, that there have never been any significant side effects associated with the topical application of honey, so what’s to lose? I sympathize with that logic, but I would really like to see it put to the test. There hadn’t been any good studies, until… a randomized controlled trial tested honey head-to-head against a steroid gel on canker sores.

There are all sorts of treatments doctors can prescribe for canker sores—topical agents such as steroids and antibiotics, systemic medications, and even laser therapy—but why not seek out “the least toxic and most safe agent” first? It might not be the most profitable, but why not start with the safest?

Researchers randomized subjects with canker sores into one of three groups. Three times a day after meals, they received either an over-the-counter soothing pain-relieving paste, a prescription steroid cream, or just plain commercial honey, applied directly onto the canker sore with a sterile cotton swab. What happened? With the over-the-counter paste, pain was cut in half by the fourth day and gone by the eighth. On the prescription steroids, pain was halved at just two days and gone by four. And the honey group? Remember that series of cases that claimed total pain relief in just one day? It was finally put to the test, and, indeed, there was total pain relief within one day—and honey is about 500 times cheaper. You can see a graph of the results at 3:38 in my video.

What about the ulcers themselves? The canker sores were mostly gone by eight days using the pain-relieving paste, by seven days on the steroids, and within three days using honey. And, the size of the ulcers was cut in half in just one day with honey, as opposed to three or four days with the steroids or pain-relieving paste, respectively. I show before-and-after images on the honey treatment at 4:28 in my video.

With the topical honey, there was a significant acceleration of healing and resolution of pain “with no systemic side effects”—or local side effects, for that matter—whereas the topical antibiotics that are sometimes used can have a variety of adverse side effects, including allergic reactions and tooth discoloration. Another nice thing about honey is that it doesn’t lead to the development of antibiotic resistance.

This was a single-blind study, meaning the researcher evaluating the ulcers didn’t know which of the groups each patient was in, but the patients themselves surely knew because honey would have a very different taste and texture than an over-the-counter paste or topical steroid. The Prophet Mohammad was a big fan of honey and the study was done in Saudi Arabia, so it’s possible that could have also introduced some bias, but given the extraordinary results, one might want to give honey a try.

The benefits of honey may be due in part to the phytonutrients from the flowers from which the bees are making the honey, so why not try the flowers directly? Researchers found that a chamomile extract appeared to cut pain in half within ten minutes of application, but they didn’t follow the participants in terms of healing. Two drops three times a day of a 2 percent lavender oil in glycerin solution also had an immediate effect on pain and, more importantly, seemed to accelerate healing, wiping out the ulcers by the fourth day and diminishing pain in a day or two, compared with more than a week for the placebo group.

Regardless of how you choose to treat your canker sores, if you keep getting them, you should see a medical professional to make sure it’s not some sign of an underlying disease. There are a number of conditions that can manifest with chronic canker sore–type lesions, such as inflammatory bowel disease or acute necrotizing ulcerative gingivitis. Also on the list of “diagnostic considerations for oral aphthous ulcers” are “Sweet syndrome” and “MAGIC syndrome.” What’s MAGIC syndrome? Just “mouth and genital ulcers with inflamed cartilage.” I think I’ll stay a Muggle.

What about preventing canker sores in the first place? In some people, diet may be the culprit. See my videos Aphthous Ulcer Mystery Solved and The Role of Dairy and Gluten in Canker Sores. You may also want to check out Best Supplement for Canker Sores.

For more flower power, check out these videos:

Did you know broccoli florets are just clusters of flower buds? You may also be interested in:

PS: If you haven’t yet, you can subscribe to my free videos here and watch my live presentations: Are Self-Defense Classes Really Worth It? 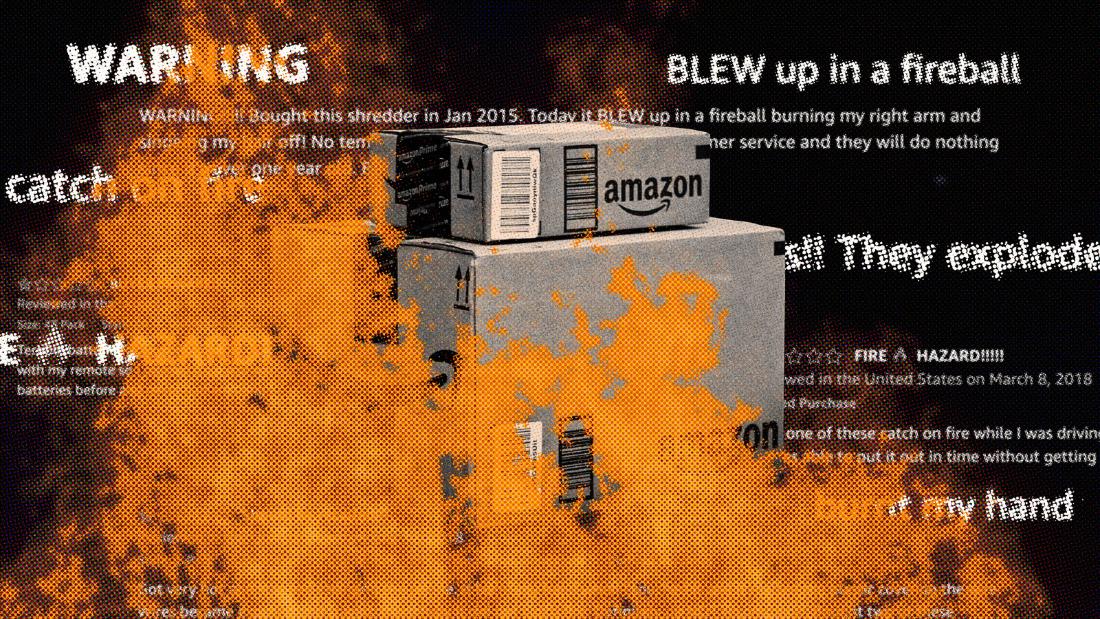 Dozens of Amazon’s own products have been reported as dangerous — melting, exploding or even bursting into flames. Many are still on the market