Zarnish Khan is a well-known Pakistani television actress. She has appeared in many famous drama serials. Her popular dramas are “Susraal Mera” for which she received Hum Award for Best Soap Actress. She has also played roles in “Aye Zindagi”, “Sehra Main Safar”, “Laaj”, “Sun Yaara”, “De Ijazat” and “Ek Mohabbat Kaafi Hai”. Zarnish Khan is married and lives with her family in Dubai and visits Pakistan for her drama shootings. She doesn’t reveal much about her married life but often shares her pictures while enjoying her days off from shoots that she spends in Dubai.

Zarnish Khan has appeared in a gorgeous bridal shoot for Royli Salon Islamabad. she is wearing a gorgeous dull gold bridal ensemble by Erum Khan couture the traditional jewelry worn for the shoot is from Opal by Madiha Ihsan. The stunning photography for the shoot is done by Maha’s Photography. Check Out alluring pictures of Zarnish Khan from her latest shoot. 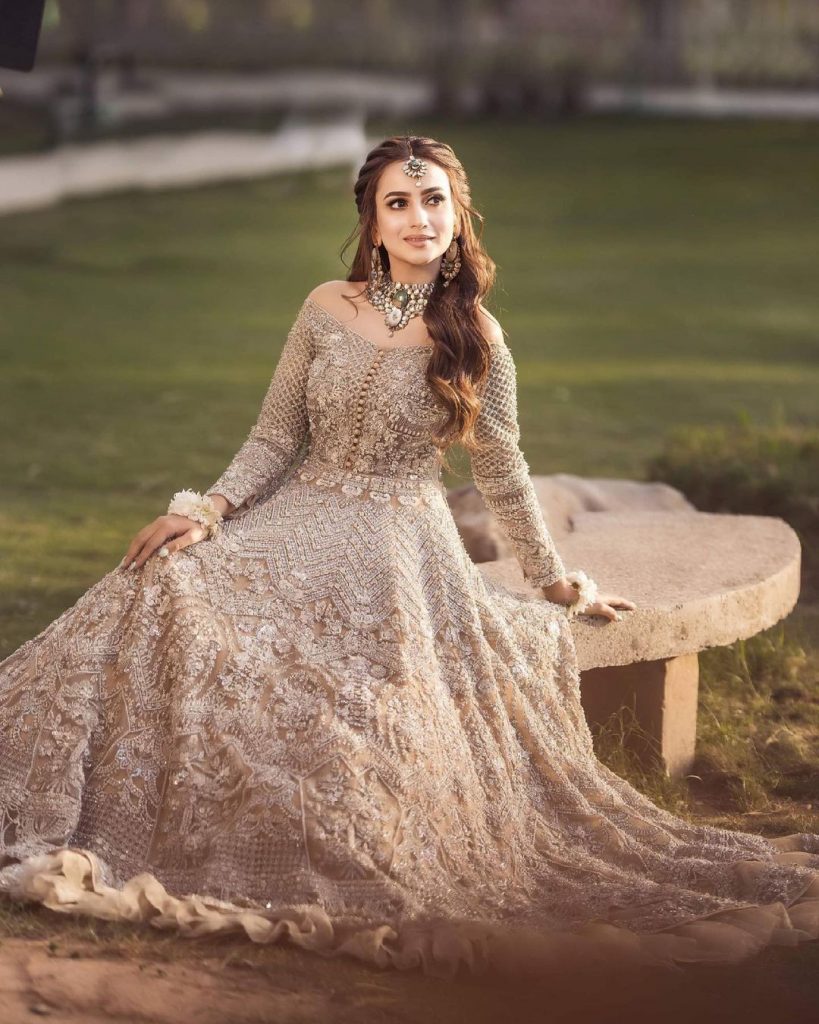 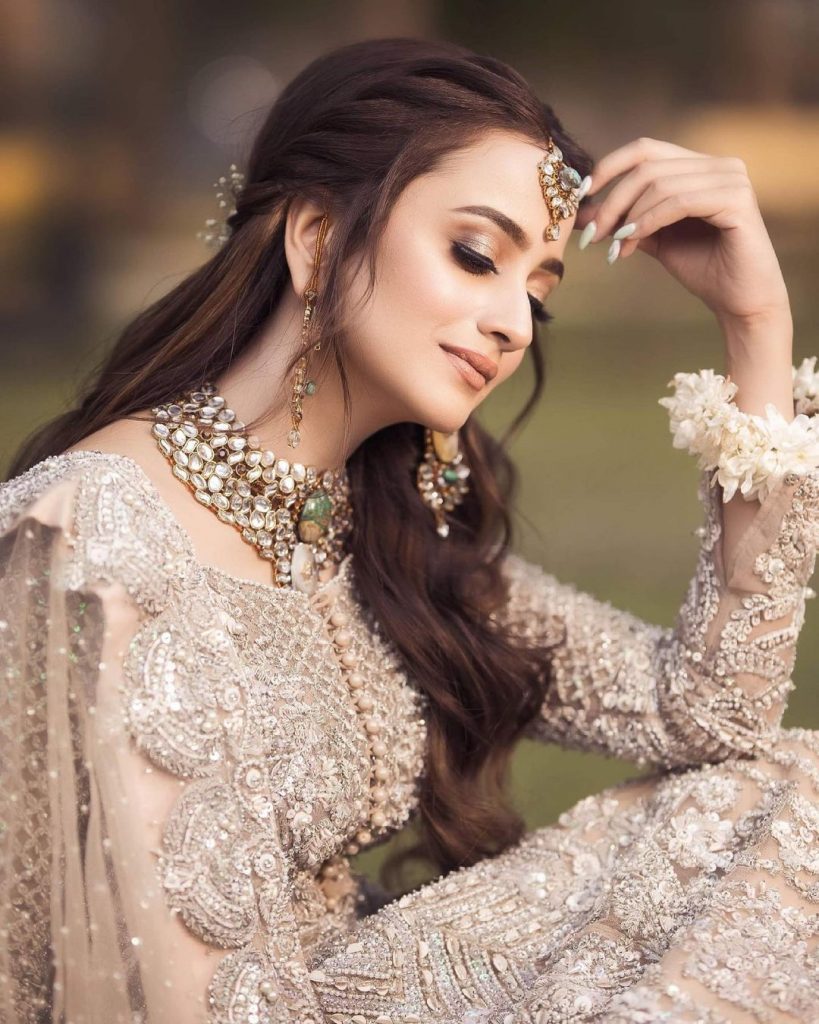 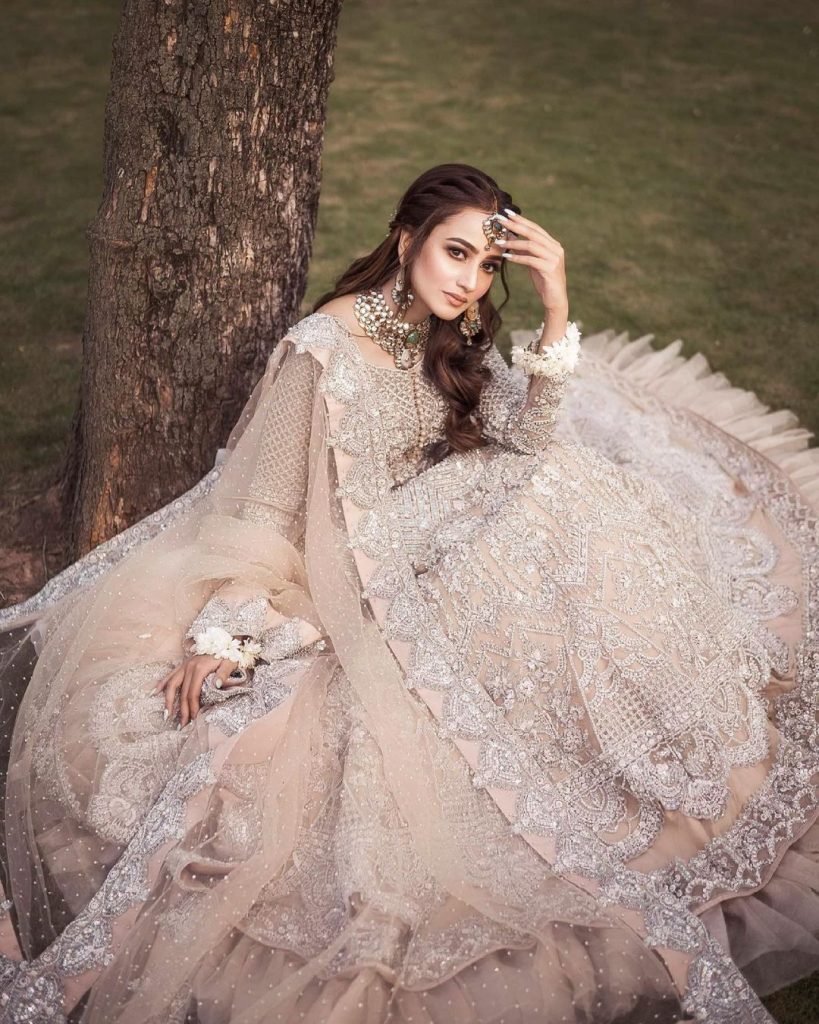 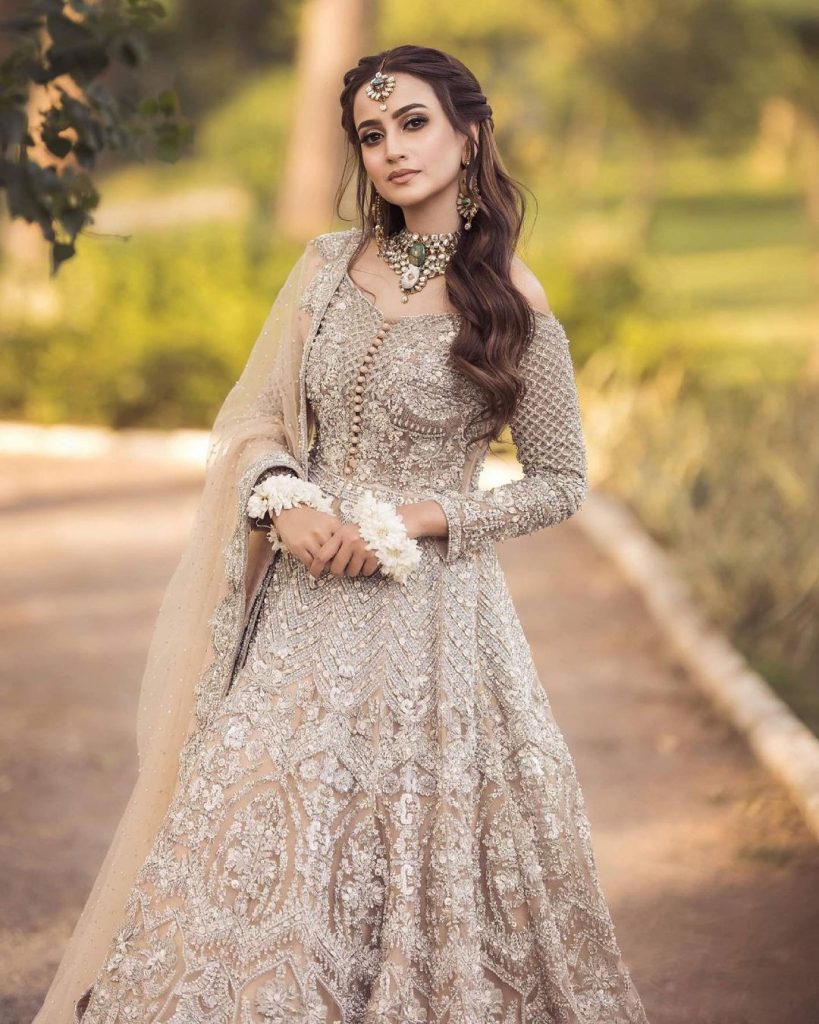 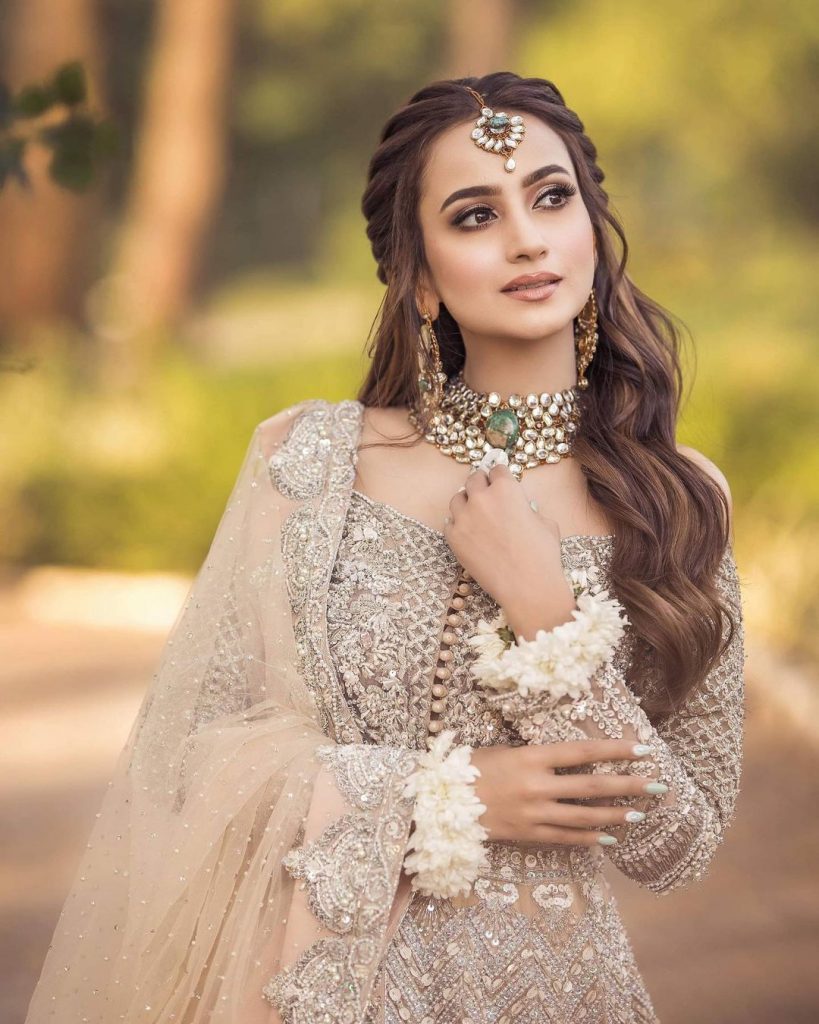 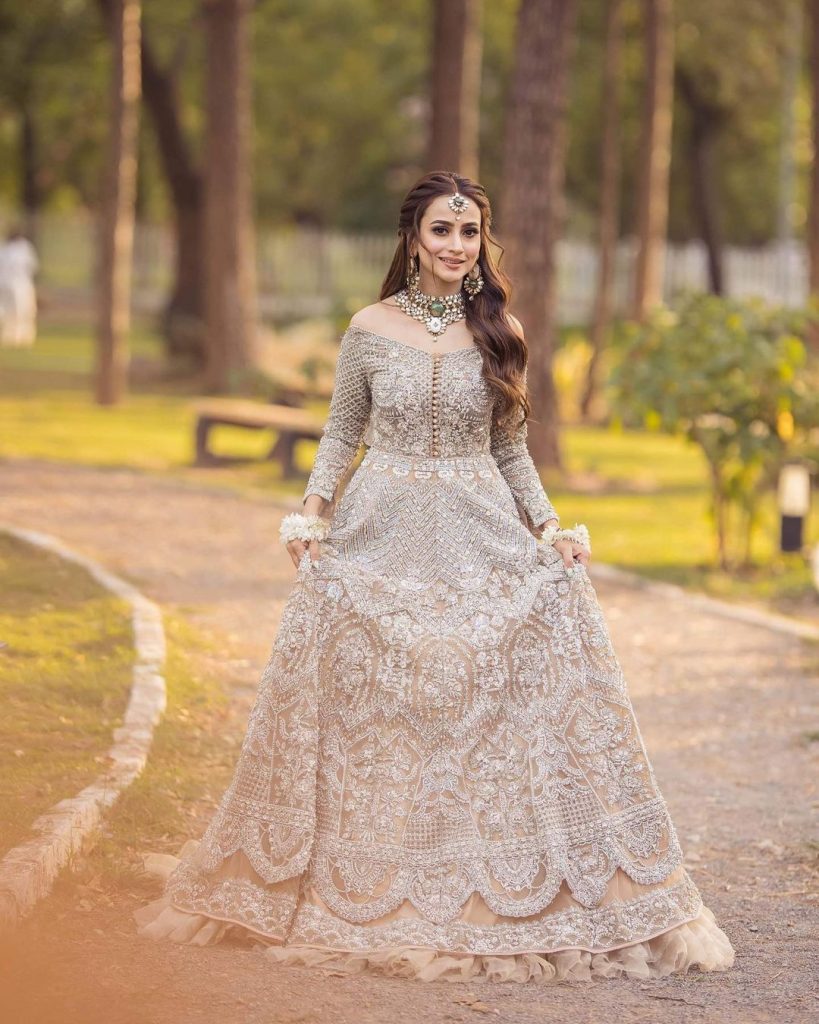 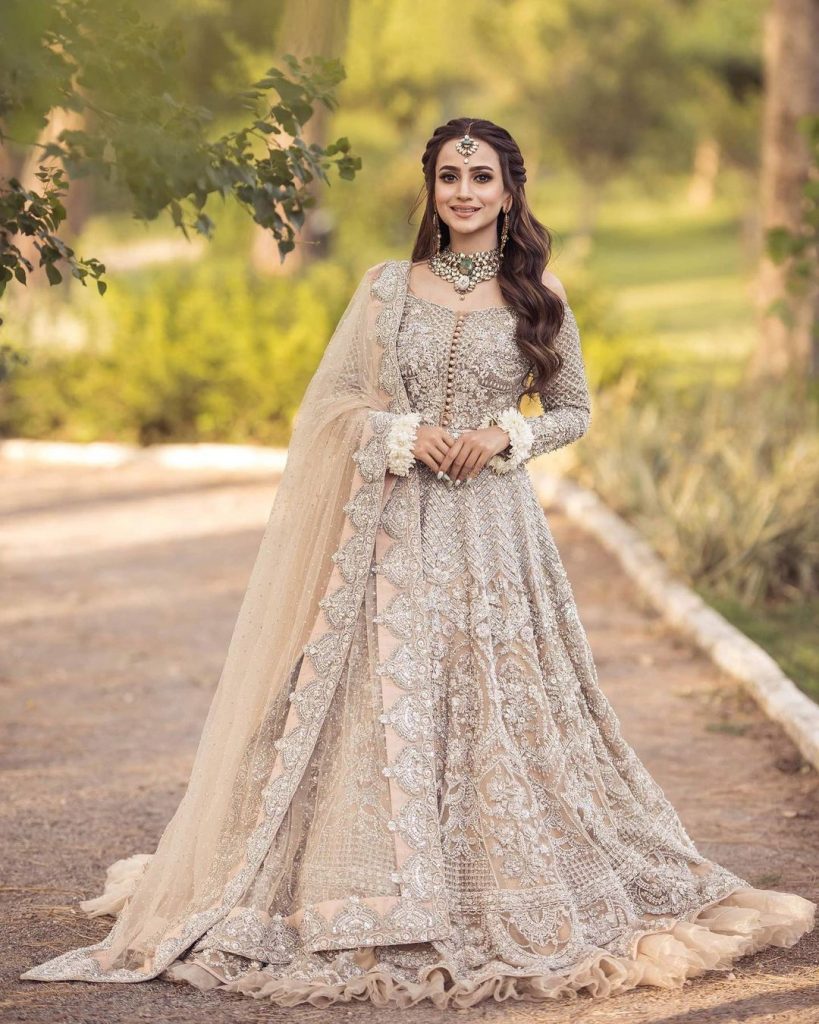 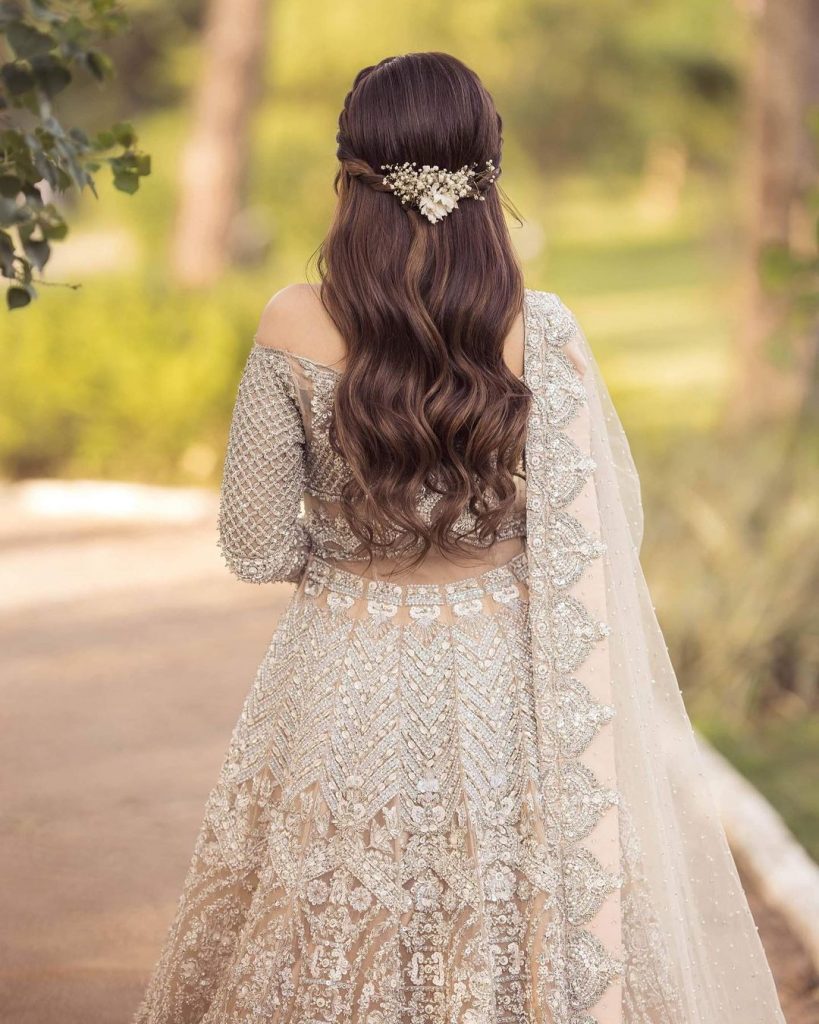 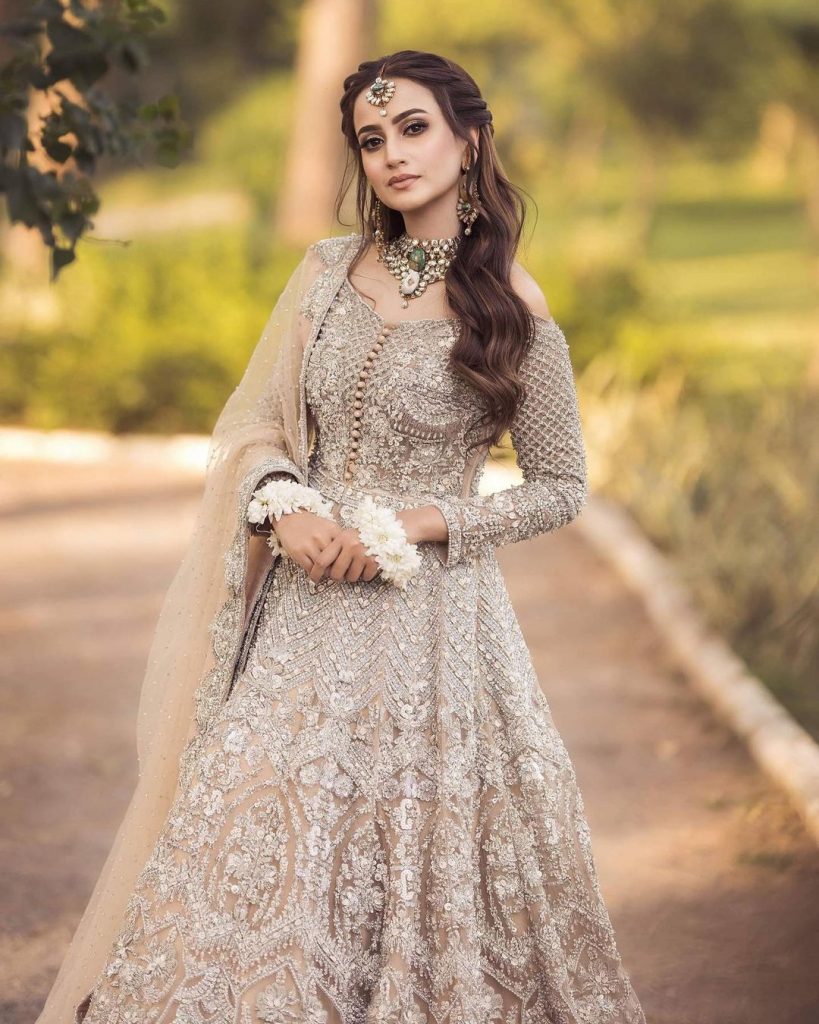 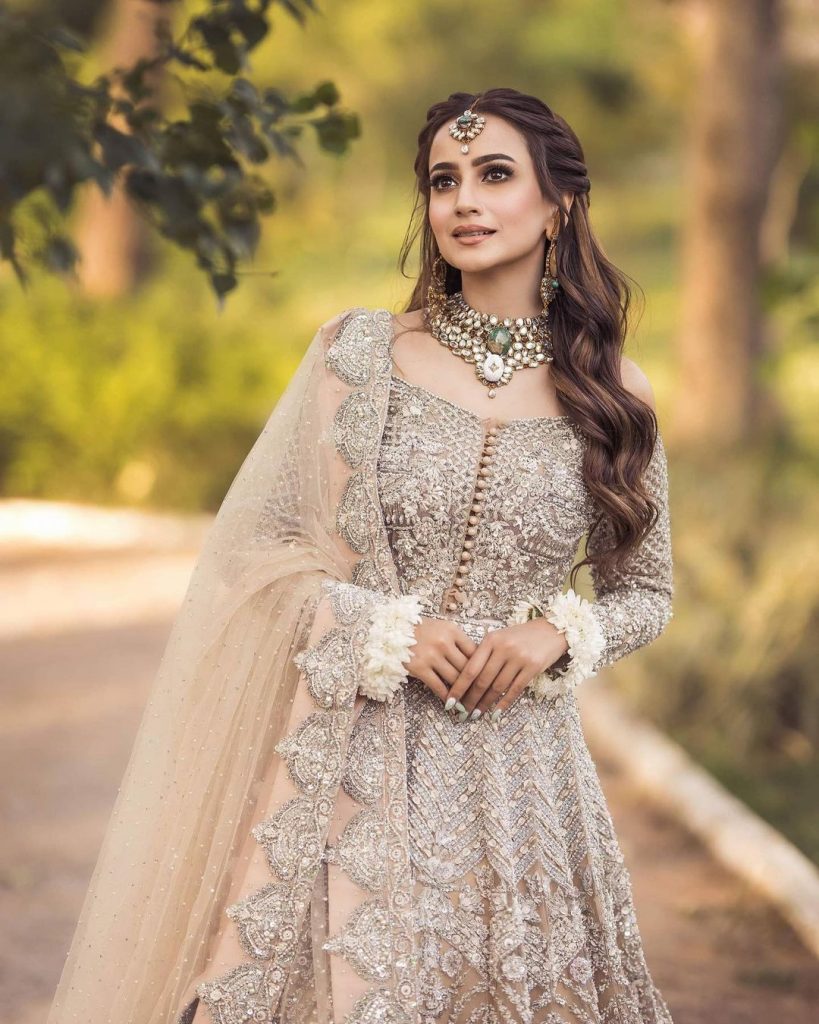 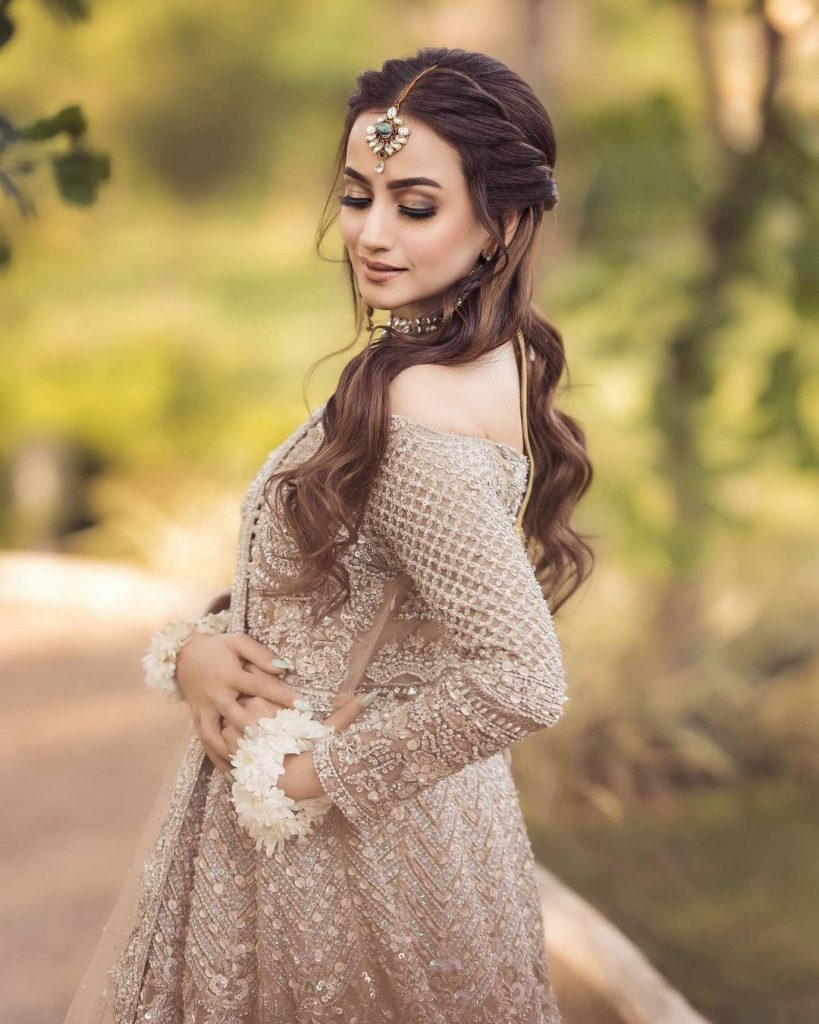 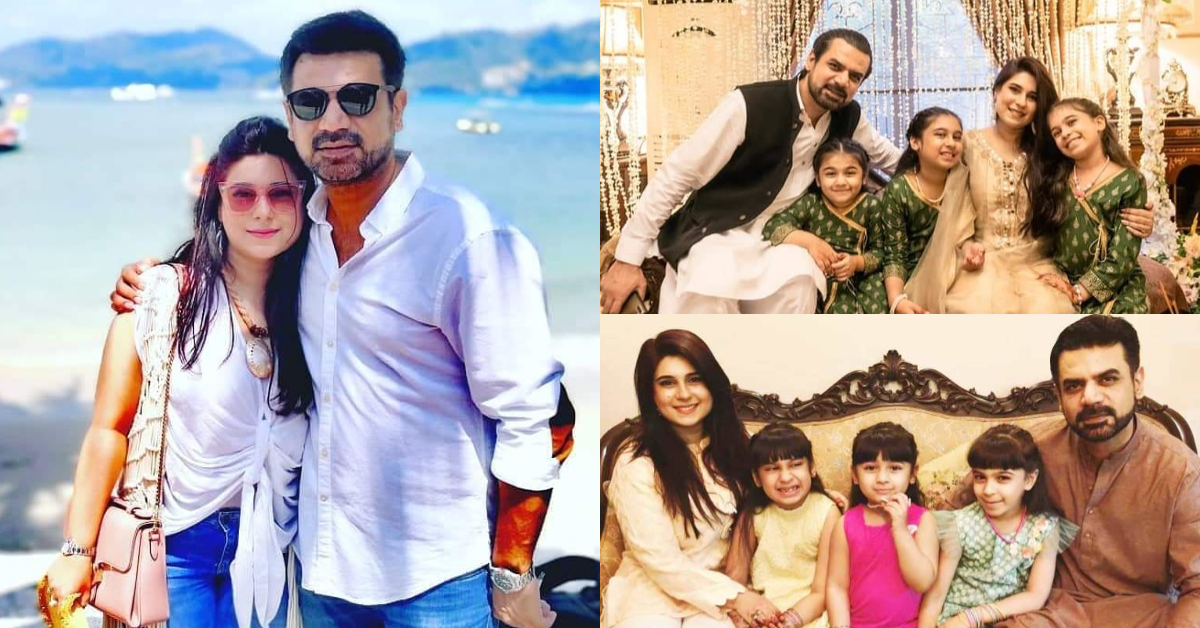 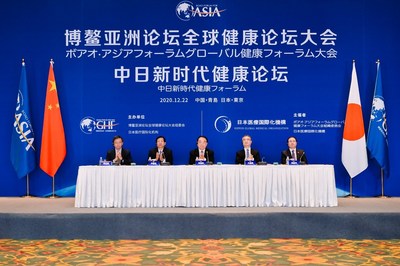