The two-year wait for an Open Championship will finally be over at 06:35 BST on Thursday when England’s Richard Bland hits the opening tee shot at Royal St George’s.

Bland will lead out a 156-strong field with Ireland’s Shane Lowry arriving at the Kent course as defending champion, having clinched the Claret Jug with a six-shot victory at Royal Portrush in 2019.

Golf’s oldest major was cancelled last year because of the Covid pandemic but up to 32,000 fans will be welcomed each day in Sandwich as part of a government test event as sport on these shores edges closer to a return to normality.

Those fans look set to enjoy warm, dry conditions throughout the weekend, though in typical links fashion players will be wary of a potentially perilous coastal breeze.

Six different major champions have been crowned since The Open was last played 24 months ago, with four of those – Bryson DeChambeau, Collin Morikawa, Hideki Matsuyama and Jon Rahm – claiming one of the sport’s showpieces for the first time.

Japan’s Matsuyama will not be present, with the Masters champion among a number of players, including 2015 winner Zach Johnson, to withdraw for Covid reasons.

Who will be crowned Open champion?

Of those six most-recent major winners, which also include world number one Dustin Johnson, only Phil Mickelson has previously won the Open while Spain’s Rahm is bidding to become the first player to follow a US Open victory by lifting the Claret Jug since Tiger Woods in 2000.

Predicting who will be crowned champion come Sunday evening is about as simple a task as keeping your ball on one of Royal St George’s undulating fairways.

Three-time champion Woods, who is missing as he continues to recover from injuries sustained in a car crash, is the only world number one to win The Open this century and the average ranking of winners since 2000 is 41.

That is largely because the two previous winners here were placed outside the world’s top 100 – Darren Clarke was 111th when he triumphed amid emotional scenes in 2011, while American Ben Curtis was a remarkable outsider on his major championship debut with a ranking of 396 in 2003.

Since Clarke’s victory, all of the winners have sat among the top 40 at the time and each of those had recorded at least one previous top-10 Open finish before their victory.

But perhaps it will be DeChambeau and Jordan Spieth, the 2017 winner, feeling lucky this week. The American duo are out alongside South Africa’s Branden Grace who has played with the eventual champion in the past two opening rounds – Lowry in 2019 and Francesco Molinari a year earlier.

‘Bad shots are going to be punished’

“If you know your lines off the tees, the fairways are not overly tight,” said the Englishman. “Obviously, the way the bounces work, then it can easily be bouncing off the fairways, but they’re not massively tight.

“But if you do hit it off line, you’re going to be lucky to get a lie a lot of the time. Bad shots are probably going to be punished due to long rough – you know with links courses, the wind, the weather makes such a difference.”

However, Rory McIlroy expects the course to be in prime condition come Thursday morning, saying even before the rain it was “quite lush and green” and “plays a little better that way”.

“As the days go on with a little bit of wind and sunshine, it should be absolutely perfect,” added the Northern Irishman. “I walked away from the golf course on Saturday and Sunday thinking this is a much better golf course than I remember.”

One player who is not so keen on the Royal St George’s track is four-time major winner Brooks Koepka.

“Quite a few blind tee shots, kind of hitting to nothing. Fairways are quite undulating. I don’t know, it’s not my favourite of the rotation, put it that way,” said the 31-year-old, who was at Sandwich as a fan to see Curtis win in 2003.

Koepka recorded his best Open finish of joint fourth at Portrush two years ago, a venue he ranks among his favourite on the Open circuit alongside St Andrews, and says he enjoys the challenge of links golf.

“You might have 50 yards but you’ve got about six clubs you could play. I think that’s fun. It brings out the creative side. It’s fun. I love it. I love it over here.”

Irons off every tee for DeChambeau?

This will be the first Open Championship DeChambeau has played since piling on 40lbs to hone a big-hitting approach that resulted in him winning the 2020 US Open.

The 27-year-old has often adopted a “bomb and gouge” technique but admits the thick rough at Royal St George’s means that approach may not be possible and is contemplating using an iron off some tees to guarantee he finds the fairway.

“If you hit out into the hay, it won’t be easy to the green. I’ll have to drive well this week,” said DeChambeau.

“Hopefully if we get a dry week and I can get the wind under control in my brain, I can have a good week. I love links golf and I’ve shot good numbers over here before, I’ve just got to put it together over four rounds.

“This is the first time I’ve taken my length to links golf and we’ll see how it plays. I look at Tiger and what he did in the early 2000s, irons off every tee, and it’s an interesting thought.”

DeChambeau says he has already ran into trouble when missing the fairway during a practice session on Tuesday.

“On 15, I hit it left in some pretty thick stuff. I tried to hit a seven iron out and could barely get it out,” he added.

“You have to weigh up the risk/reward in those situations. But 15 was brutal. Even on 14, I tried to chip out with a 58 degree just back on to the fairway as it was such a bad lie. It’s a good test.” 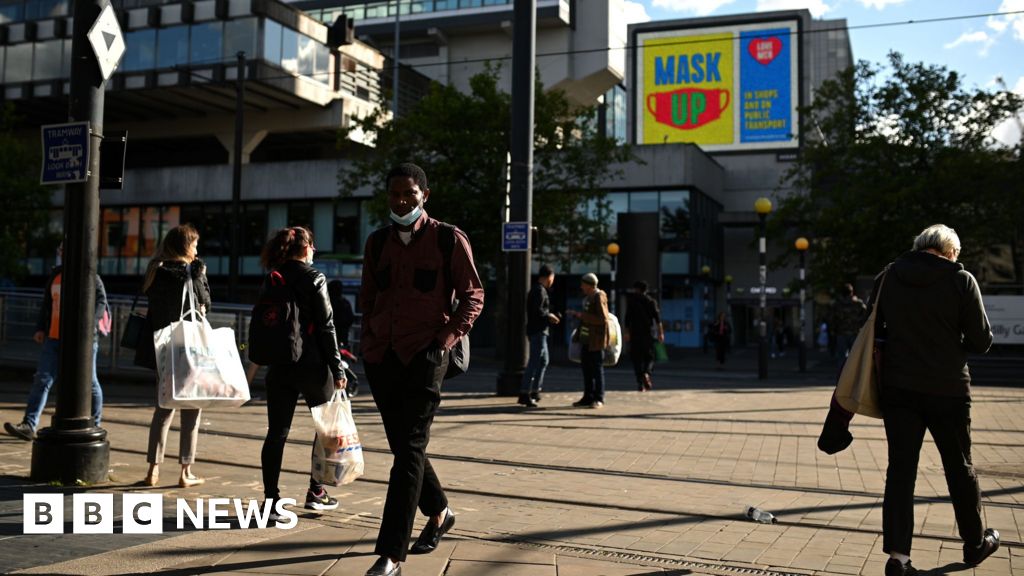 Covid-19: Row over rules 'not just about Greater Manchester' 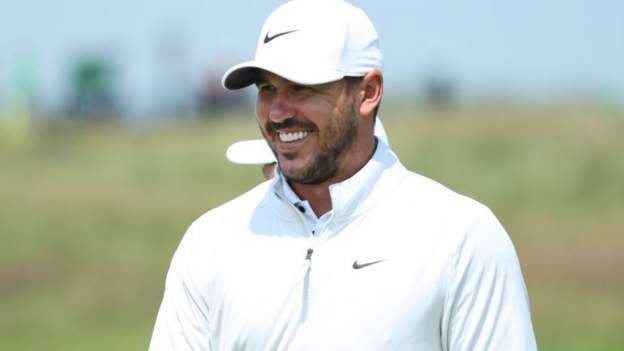 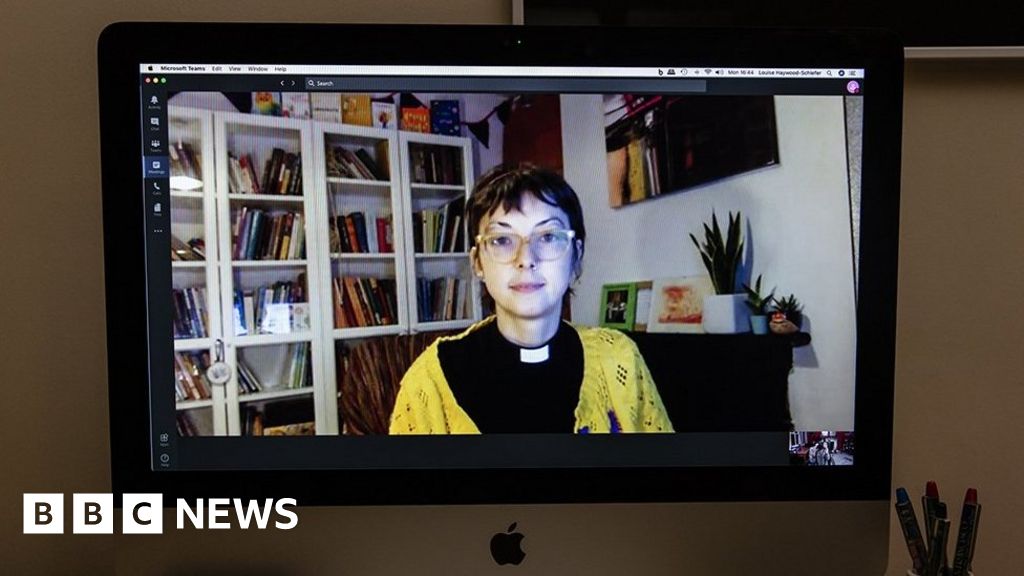 Keeping the faith: Christian chaplains in the time of Covid 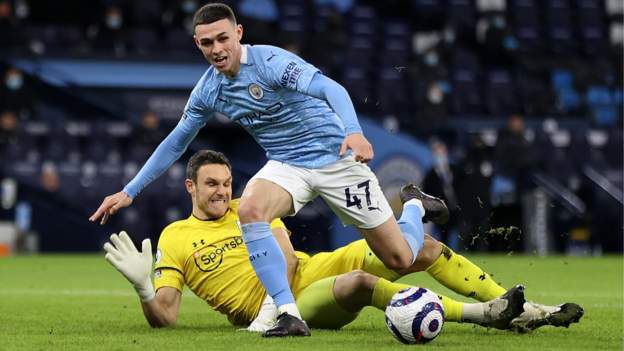