Every year I participate in ICFP Contest, or ICFPC for short (ICFP stands for International Conference on Functional Programming). This is a team coding challenge that lasts for 72 hours and in which you have to solve a series of very hard tasks by writing (functional) code.

Tasks are usually too hard to find a perfect solution, the best you can hope for is a good approximation. The team that found the most solutions and approximated the best wins.

This weekend was my third contest, and, as usual, it was great fun. Here’s my experience report.

ICFPC is best played with friends in the same room. Second best is the team over Skype.

Unfortunately, I completely forgot about the contest and didn’t assemble any team in advance. So I played solo this time.

It also makes sense to prepare a little: have a project template set, rent some EC2 servers for hard number crunching, build a dashboard, build a mastermind service that distributes problems and collects solutions, assign the roles in the team, etc.

As you can imagine, I did nothing of that too 🙂

The problem this year was inspired by a Japanese show where people must fit in a hole in the wall, usually very creatively shaped.

More precisely, you are given a hole (gray) and a figure (green):

Your task is to transform the green figure so that it fits in a hole. The original figure is not ok: it doesn’t fit.

If we move some vertices around, we can make it fit:

Unfortunately, this won’t do either: you are not allowed to change the length of the segments.

Moves, rotations, flips and overlaps are ok though. This is a valid solution:

Of course, many different valid solutions are possible. To score most points, you must find a solution that is most spread out (for exact definition check the spec).

Oh, and all the points have integer coordinates. But don’t get excited: most tasks have 10+ vertices and a grid in the range of 100×100. That gives you at least (100×100)10 = 1040 permutations, rendering bruteforce waaaaay out of the question. But at least there’s a grid!

Ok, so what’s the approach here? After reading the problem on Friday at 2 pm, the best idea is to inspect some problems with your bare eyes. Kudos to the organizers who put PICTURES next to the problem descriptions! The source of truth is JSON, but pictures certainly help.

After scrolling through few first problems, I found one that can be solved in a notepad! Problem 11 requires you to just rotate a triangle.

Perfect! I typed in the solution into the Sublime Text directly and uploaded it via web form. The first score, just 22 minutes after the start!

After exploring a few more problems, it became obvious that many of them can be solved manually by just moving a few points. Together with Twitch Chat we decided to build a tool to assist with manual solving.

My language of choice is Clojure (of course!), a language perfect for rapid prototyping.

But what to use for UI? The obvious choice is browser, but I didn’t want to go to the browser: it’s slow, complicated, not reliable, ClojureScript is a pain in the ass. So I decided to aim for the native UI.

Luckily for me, I have just built the thing for that! It’s called JWM, a Java Window Management library, and Skija, a Skia wrapper for JVM. So I went with those.

An anecdote: JWM is still in the active prototyping phase, barely enough to get something useful out of it. It works, but don’t expect miracles. E.g., it doesn’t have mousedown event yet, but it does have mousemove and keydown. So in my UI you press space and then move your mouse 🙂

Otherwise, all went great with the visualizer. Clojure + Skija are performant enough to hit 144 Hz with thousands of nodes, edges, circles, text labels, and grid redrawn every frame with no significant slowdown. Perks of not living in the browser!

After that, I just went and solved as many tasks as I could. Here’s an example:

Sorry, no dark theme this time.

After a few hours, it became obvious that some problems have the perfect solution: if a figure’s vertices occupy all of the hole’s vertices, that gives you a perfect score of zero (less is better).

Since the amount of hole/figure vertices is relatively small, this became a perfect target for brute-forcing. Here, all the edges are places automatically (if there’re multiple possible placements, they are iterated over), and the rest is easy to figure out manually.

Believe it or not, this approach allowed me to do as high as 14th place in the first 12 hours. Unfortunately, after that, other teams caught up.

To figure out which problems have the perfect solution, I scrapped the organizers’ website where they posted the best scores for each problem.

Surprisingly, it only took me ten minutes, including figuring out page structure, looking up http library docs, making a request, a few trials and errors, integrating and committing the final code.

Here’s the entirety of that code:

That’s the perfect example of why Clojure is so good for rapid prototyping.

Solving tasks manually did well in the beginning, but going forward, we need some automation.

Participating in 2019 ICFPC taught me one thing: it’s hopeless to do number-crunching and brute-forcing in anything but C/C++/Rust. Clojure is too slow, Java is too slow, and speed here is the most important advantage. Faster solutions win the ladder.

Rust is great for reliable production systems, sure, but for quick-and-dirty prototyping, it’s too strict. Imagine figuring out a perfect algorithm and spending a few hours implementing it just to be told by the borrow checker it won’t let it pass.

For something like a 3-day coding sprint I’m happy to have unallocated memory, data races, undefined behavior, and data corruption as long as I get to try out ideas quickly. And it’s hard to convince Rust to let it go.

Based on the logic above, and also my curiosity, I decided to give Zig a go. Did I have tons of experience in it? No. Do I like checking out hot new things and learning languages? Yes. So in the end, was it fun? Hell yes.

What do I have to say about Zig?

I like its approach: get rid of all the complexity that computers and programming languages have accumulated over the years and try to re-implement everything from scratch, raw, bare, but also simple and not constrained by the prior conventions and restrictions.

It’s primarily developed by one person, so it’s not bloated (yet, hopefully, forever).

It’s very low-level, C-like. I honestly almost forgot how it feels to carefully worry over every string you concatenate. It’s not bad, it’s exactly what the language aims for. Just took me by surprise.

It improves over C significantly. Both in the sane defaults, language ergonomics, macros and build complexity.

defer is pure genious. It lets you write cleanup code (free memory, close file, etc) right next to the resource initialization itself:

This way it’s way harder to forget to clean up since the code is right next to initialization, not at the end of the scope. And if you need to return early, only already allocated resources will be cleaned. Genious!

Error monad is built into the language too, which is also very convenient. Every function has two return paths: normal and error. There’s also special syntax to work with that (try, errdefer, Error Union Type).

C interop must be very good, but I didn’t have a chance to check it out. Comptime (~macros) should be good as well, but I haven’t got that far either.

So overall I like Zig language very much and absolutely happy with my choice. Just beware: it’s still way less finished than, say, Rust is. But it already feels great and can be used for a lot of things already.

I only have one serious question for Andrew Kelley, the author of the language: why did you name a for loop a while?

Ok, so we are working with geometry. What do we need?

First, we need a way to check if two line segments intersect. Turned out it’s pretty simple: line segment A and line segment B interset if and only if:

Quick lesson for the future participants: don’t hesitate to google code like this. Someone has already figured that out.

Quick lesson #2: when copying it, try to not mess up variables name/order, otherwise you’ll be like me 🙂

Ok, the second thing we need: how to figure out if a point is inside a polygon?

Very simple, actually. Cast a ray from the point in any direction, count how many times the ray intersects with the polygon. If the number is odd, the point is inside, if it’s even, then it’s outside:

One gotcha, though. What if your ray hits a vertex exactly, intersecting two edges this way? Or what if the polygon’s edge aligns perfectly parallel with your ray?

Unfortunately, we hit those problems really hard. After trying to patch it with special case handling, we gave up and just choose a point with large prime coordinates way outside of our polygon.

Do I need to explain how to calculate the edge’s length? Hopefully not 🙂

I was not completely accurate when saying I was flying solo. After the start, Dmitry joined me through Twitch Chat and gave me a lot of useful advice. Enough, in fact, that I consider him a part of the team.

Many other people visited, too, which kept the whole thing alive and entertaining. Thank you all!

With all this preparation in place, we started writing a brute force solution.

This is a stupid, most straightforward solution and it only worked for a very few problems with a low number of nodes. Anything 12+ was out of reach and required a different approach.

Unfortunately, by that time I had no time nor energy to experiment. So I left the solver overnight in a hope that it will find at least something. Spend a good hour writing a program that runs my solvers in parallel and kills them after 30 minutes to free up CPU time for other tries.

I woke up an hour before the end of the contest to see if my program has fished anything out.

The algorithm did, in fact, found some solutions. Many of them could be very obviously improved, though: it finished (didn’t have time) too early.

Still, it was partially useful, and I corrected and submitted everything that was found during the night.

Ideas started coming, though. If only I had one more day!

I suppose it’s mostly for the teams who perform better so that they have something to do. Not me, though: I was too busy solving the original task, though, and haven’t looked into additionals at all.

As you might’ve guessed, ICFPC is totally my cup of tea. 72 hours of very condensed programming on a very hard problem—what could be better?

Also, few things compare to the feeling when you hit a super confusing task, run a program that you just wrote and haven’t even tested, and after a slight delay it figures out a beautiful and simple solution. I almost cried every time it happened.

Some hints if you decide to participate next year:

Thanks to the organizers, to Dmitry, to everyone who came visiting my stream. Hope to see you in the rating next year!

I also create open-source stuff: Fira Code, AnyBar, DataScript and Rum. If you like what I do and want to get early access to my articles (along with other benefits), you should support me on Patreon. Read this before you buy a Soviet camera 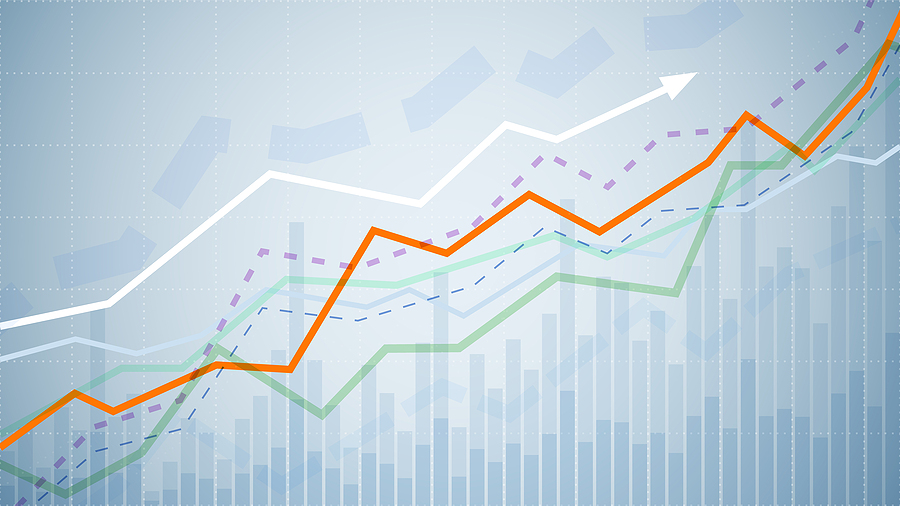 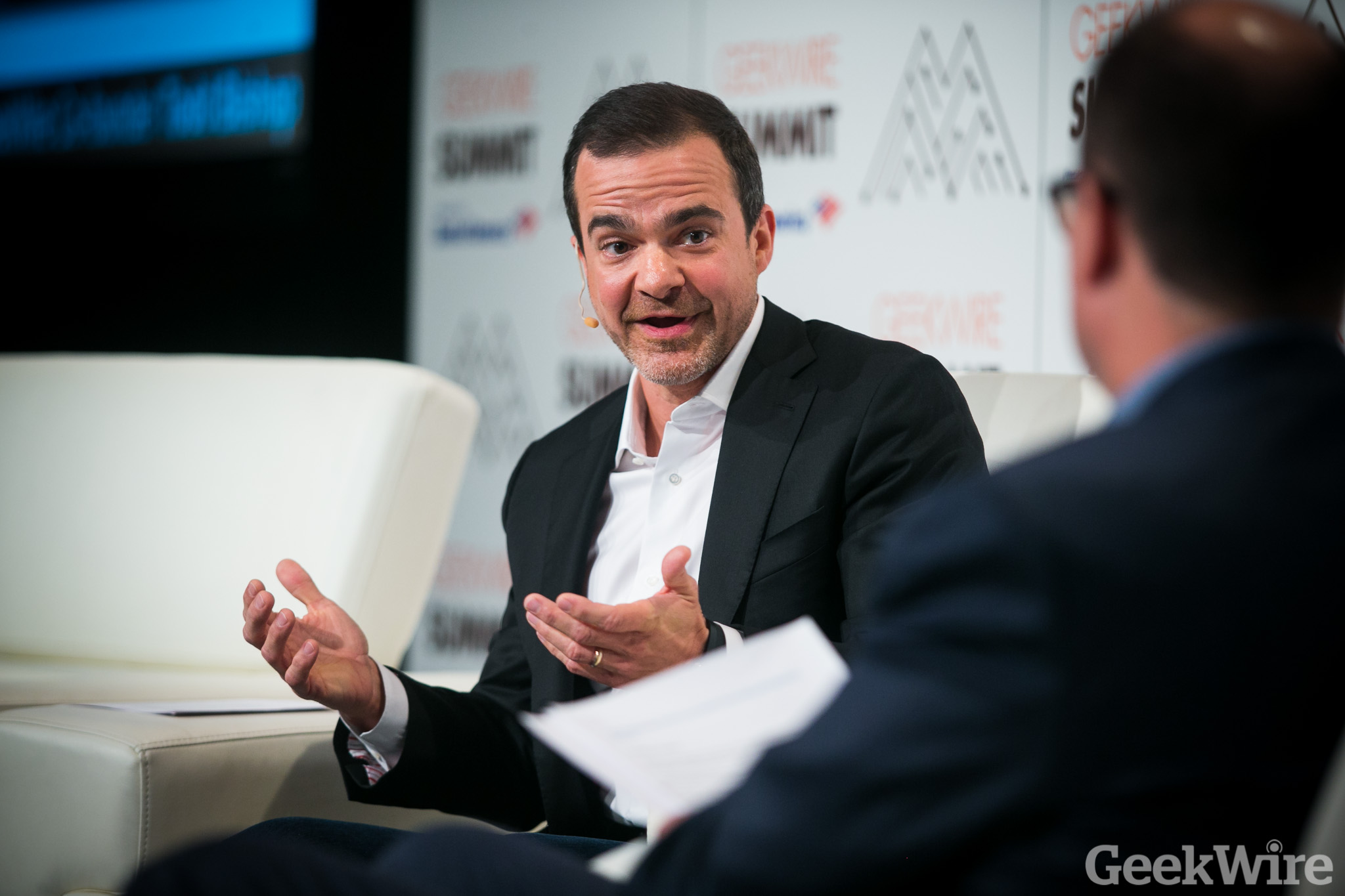 Former Amazon exec Jeff Wilke on why he left, what it was like to work for Jeff Bezos, and more