ISLAMABAD: Prime Minister Imran Khan Saturday said that certain quarters in the US were unfairly targeting Pakistan for what had happened inside Afghanistan.

In an interview with a Turkish TV network, TRT World, the prime minister said there was complete shock and confusion in the US after its troops’ pullout and swift march of Taliban.

He particularly referred to the recent debate on Afghan debacle in the US Senate as the Taliban returned to power after twenty years.

The prime minister said they were ‘seeking for scapegoats’ and targeting Pakistan for their confusion was unfair.

An excerpt from the interview was already broadcast by the Turkish TV network on Friday.

The prime minister cautioned that if the Afghan people were left in the limbo, the crisis was going to deepen.

He maintained that there was danger of looming human crises as the country that had survived on 70 percent of foreign aid and if this component was left out and unless there was help in the short term, the Taliban would not be able to stand on their feet, ‘so there is greater danger of collapse, chaos and humanitarian crises.’

The prime minister said Pakistan would have been the most affected country if there was chaos.

About recognizing Taliban set-up, the prime minister replied that Pakistan government was holding consultations and was in discussion with all the neighbouring countries.

He said the US has to recognize the new reality sooner or later.

In the past, former chief of army staff General Kiyani had also explained the Afghan situation to the US leadership.

The prime minister further elaborated that as immediate neighbour to Afghanistan with strong traditional and ethnic affinities; they knew the history of that country.

He said Pakistan shared borders with Afghanistan where half of the population was Pashtuns, who resided on both sides of the border.

There was no military solution to the Afghan issue as Afghan people did not accept foreigners and under their traditions, they sought revenge if someone was killed at their homes, he added.

To explain his viewpoint, the prime minister said the people inhibiting Pakistani tribal areas started attacking Pakistan, led by groups like Tahreek-i-Taliban (TTP), when the government had decided to side with the US.

While on the Afghan soil, there was a collateral damage and drone attacks which led to swelling of militant ranks, so that Taliban movement grew.

The prime minister also denounced former US president George Bush’s threat after the 9/11 attacks asking Pakistan to side with the US. He termed it an ‘imperialistic attitude’ and ‘ridiculous policy’.

If you did not agree with the US policy or its military operations, he said, you were branded as pro-Taliban.

Prime Minister Imran Khan said ‘I do not believe in military solutions”.

He said that he was even against the Iraq war as use of military force was no solutions to conflicts.

‘Incentivise the Taliban’: Afghanistan cannot be controlled from outside: PM Imran

The prime minister said in 9/11 attacks, no Pakistani was involved, but the country had to suffer colossal damage in the US-led war. About 80,000 lives were lost, huge chunk of tribal population had been displaced with hundreds of billions of losses to its fragile economy, while its border areas were devastated. Pakistan had made these sacrifices for the US as mere a scapegoat, he added.

He said the well-trained 3,00,000 Afghan army fully equipped with weapons could not resist the Taliban force, and former president along with his government functionaries fled the country.

The prime minister expressed his optimism that when this angle and rationality appeared, the US would realize how could Pakistan be held responsible for its policies over Afghanistan.

He also strongly rejected the allegations that Pakistan had been assisting Taliban in capturing Afghanistan. The Taliban were seen in Kabul while riding on motorcycles without shoes, he added.

The prime minister while drawing conclusion said that Afghan people had always resisted the foreign forces, and had been very independent-minded people. ”You cannot control them from outside like the US tried to,” he added.

To another query, he said from Pakistan’s point of view, ‘inclusive government means a stable Afghanistan after four decades of war’.

“As well wishers of Afghan people, we want them to be stable. They could be controlled from outside, it’s a fantasy. Pakistan only suggested there should be an inclusive government, he said, adding Taliban also understood it.

Prime Minister Khan said Afghanistan was home to multi-ethnic groups, where Pashtuns were in majority while Tajik, Uzbek and Hazaras were minorities.

The prime minister reiterated that Afghan people had been very democratic as they had a decentralized democratic system. However, about the recent situation, he said that it was very difficult one. “I do not know what will happen. I pray for peace and stability of Afghanistan,” he added.

About Pak-US ties, the prime minister said the two sides had been constantly in touch with each other.

To a question, he said US president Joe Biden was under a lot of pressure as he was being criticized for the awful airport scenes and the later happenings. Those scenes drew reaction from the US public.

Prime Minister Khan maintained that bilateral ties between the two sides had a long history in which there were ups and downs.

US has really messed it up in Afghanistan: PM Imran

He asserted that on Afghanistan, US’ role was critical as it left the country after twenty years of war and spending over 2 trillion dollars.

If there was a mess, like after USSR’s forces’ withdrawal during 90s, it could once against result in bloodbath. If there was a chaos in Afghanistan, the international terrorist outfits could find safe havens there, he cautioned.

About terrorist attacks inside Pakistan, the prime minister said during, 2014, the security forces launched the biggest operation in North Waziristan and pushed out TTP elements towards Afghanistan. There, he said, they were helped by the former Afghan intelligence agency and Indian RAW. They were used to conduct attacks inside Pakistan. The TTP had recently attacked Chinese workers and other conducted attacks in Balochistan province, he said but expressing his confidence to overcome.

The prime minister also expressed his concerns and fears that members of TTP, even ISIS, could cross over to Pakistan, joining the ordinary Afghan people at the cross border points.

The prime minister, however, pointed out that the concern was temporarily and they would counter it.

To a query, he said Pakistan had been talking with few groups within the TTP, which had been taking place in Afghanistan.

“We are in talks with some of the groups on a reconciliation process,” he said.

The prime minister said dialogue was the only solution. “I am anti-military solution, and as a politician, I believe political dialogue is the way ahead,” he added.

The prime minister opined that use of drone attacks to fight terrorism in Afghanistan was the most insane thing because when bomb exploded in a village, it could cause a collateral damage as happened near Kabul airport.

These tactics created anti-US sentiments, resulting in increased militant groups in Afghanistan while the affected families also joined those groups to seek avenge, he added.

About the human rights abuses in Indian Illegally Occupied Jammu and Kashmir (IIOJK), he said Pakistan had raised the issue at different fora, including the UN, Human Rights and in media.

He stressed that the human rights groups and international community should also take up the rights abuses in IIOJK in the same manner, they had been concerned about the protection of human rights in Afghanistan. They should not be selective over what was happening in IIOJK as they would lose credibility, he added.

He said India had deployed about 800,000 occupation troops in the IIOJK who had been indulged in heinous human rights violations.

To a question, the prime minister observed the attempts to form blocks, in the world, could result into another cold war.

He wished that it could not happen again because with cooperation and support, the world could gain more.

PM Imran questions US strategy to have bases in Pakistan

About Pak-Chinese ties, he said these relations had always been very strong and for the last seventy years, these relations stood tests of time and all the ups and downs.

He said that he frequently held conversations with the Chinese leadership. China Pakistan Economic Corridor (CPEC) was heading in the right direction despite the Covid pandemic which had caused disruption throughout the world.

About recent hike in petroleum prices, the prime minister said the Covid pandemic had disrupted supplies all over the world causing hike in the prices of daily commodities.

However, he maintained that prices of petroleum and commodities had been cheaper in Pakistan when compared with the entire region.

The prime minister said Pakistan had been affected with the rise in prices of commodities caused by imported inflation.

He said in the international market, the oil price witnessed surge by several times, similarly, price of palm oil had been almost the double, which was caused by imported inflation. The prime minister said the phase was temporary and would subside once the supplies across the globe were restored.

Expressing his satisfaction, the prime minister said, Pakistan had been among the top five countries in the world which not only saved its people, but also its economy during the Covid outbreak.

To another question regarding opposition parties’ criticism on his government, he said the opposition had been divided and fighting for its survival. Their leadership was facing cases of huge corruption and now in total disarray, he added.

The prime minister said the two families in the past had plundered the country. 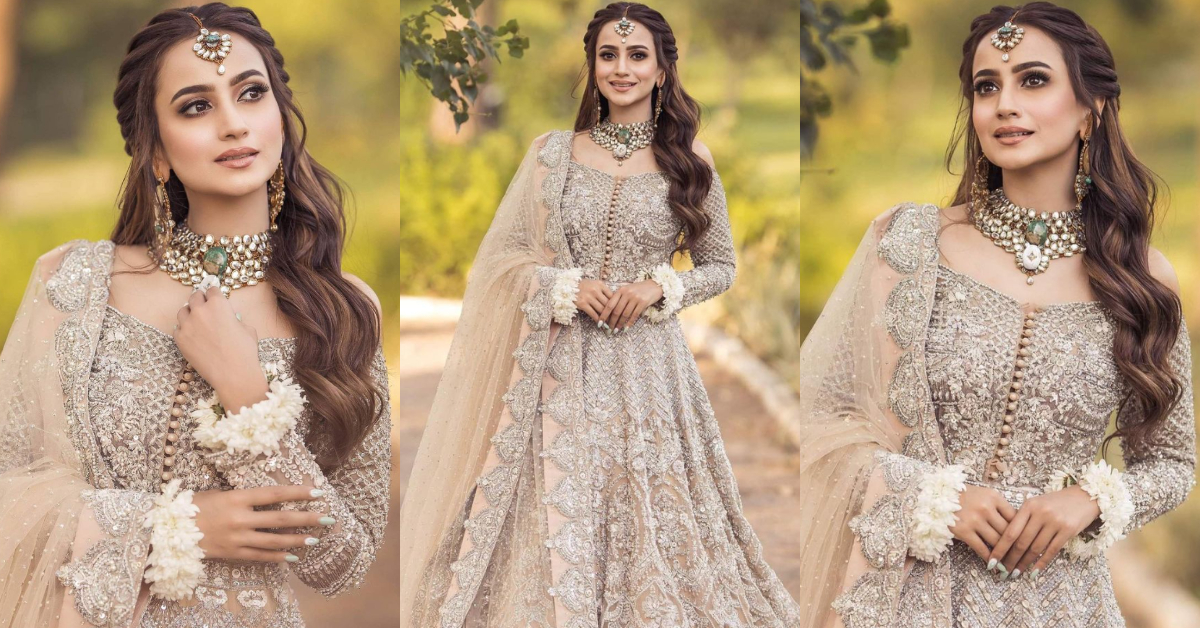