The Riesz Representation Theorem is a foundation stone of 20th century functional analysis. Generalized almost beyond recognition, Frigyes (Frédéric) Riesz originally proved the theorem in 1909 for ( C[0,1] ), the continuous real-valued functions on ( [0,1] ):

In this article, I propose to retrace Riesz’s original proof in Sur les opérations fonctionnelles linéaires[1] in 1909, augmenting with his discussion in Sur certains systèmes singuliers d’équations intégrales[2] in 1911 where appropriate.

Fonctionnelles linéaires in 1909 is the original three page announcement — compact to a fault, and challenging, if illuminating, to fill in. Details followed in Équations intégrales in 1911, the first three sections of which concern the proof.

The integral on the right side of (1) was introduced by Stieltjes in 1894, though Riesz wrote that Gyula Kőnig told him he had used it before that. It’s now known as the Riemann–Stieltjes integral and is defined by Riesz like this:

Let us briefly recall the meaning of this expression (the integral on the right side of (1)). We understand the limit of the sum ( sum_i f(xi_i)[alpha(x_{i+1}) – alpha(x_i)] ) corresponding to a division of the interval (0, 1) into a finite number of subintervals; ( xi_i ) denotes an element of the interval ( (x_i, x_ {i + i}) ). The passage to the limit is subject only to the sole condition that the length of the subintervals tends uniformly to zero.

Riesz says a distributive and continuous operation is bounded and proves it in §III of Équations intégrales, bounded here meaning there is a fixed value ( M_{mathcal{A}} ), such that for all ( f in C[0,1] ):

He points out that This is Riesz’s inequality (4) except for the absolute value signs, and they can be put in because ( f(x) ) and ( S(x) ) were chosen exactly so that they can.

Next he says, “It follows that the derived numbers of the function ( text{A}(x) ) exist and that these derivatives are functions of bounded variation.” The term derived number refers to a limit point of the difference quotients and Riesz is saying they are uniformly bounded throughout the interval. It’s not perfectly clear, but helps to rewrite (4) as:

so it’s plain that the difference quotients are of bounded variation and therefore themselves bounded, much like any function of bounded variation is itself bounded (Riesz goes into this a bit in 1911). He says to put ( alpha(x) ) equal to the negative of the upper right derivative (le nombre dérivé supérieur de droite) throughout ( (0,1) ), some special handling required at the endpoints (( alpha (0) = -text{A}[n(x)] ), where ( n(x) ) is the function with the constant value (1 ), ( alpha (1) = 0)). Today this is called a Dini derivative — there are four of them with the limit being taken from left or right in ( x ) and taking the greatest or smallest limit point (all four are equal for a differentiable function). The upper right Dini derivative Riesz appeals to is defined as:

Riesz takes it for granted that representation (1) holds for the base functions ( f(x;xi) ) with the ( alpha(x) ) he specified:

Let’s spell out why it does. The left side is ( text{A}(xi) ) by definition. We can break down the right side using the formula for integration by parts for Riemann-Stieltjes integrals, ascribed by Riesz directly to Stieltjes’ 1894 paper in §II of Équations intégrales:

The tricky part of this little proof is ensuring that the indefinite integral of the Dini derivative is the function it is the derivative of, ( text{A}(x) ), a routine enough maneuver for a function whose derivative is integrable. The master spells it out near the start of Équations intégrales, where he writes:

This passage has a footnote to Lebesgue’s landmark 1904 treatise Leçons sur l’intégration et la recherche des fonctions primitives (Lessons on integration and the search for primitive functions), where these matters are addressed.

Proof for Any Piecewise Linear Function The sum on the first line vanishes because the two base function are equal for ( k geq 1 ). The inductive step is much the same, with all the calculations up to the current point the same as in the earlier step, an adjustment involving the current slope, and the tail of the sum being ( 0 ). There is nothing critical about equal spacing on the ( x ) axis, by the way — the argument generalizes in a straightforward way.

The functional ( mathcal{A} ) is linear and so is the Riemann-Stieltjes integral with respect to the integrand, so since (1) holds for the functions ( f(x;xi) ), it also holds for linear combinations of them:

Proof for Any Continuous Function

The final proof follows from the fact that any continuous function on ( [0,1] ) is the uniform limit (limit in the sup norm) of piecewise linear functions by putting ( a_k = f(k/n) ):

The first line is because the ( p_n(x) rightarrow f(x) ), the second line because functional ( mathcal{A} ) is continuous, the third line because (1) holds for the ( f(x;xi) ) and their linear combinations and the fourth line by a simple calculation based on the fact that ( p_n(x) rightarrow f(x) ) uniformly in the sup norm. This completes the proof of (1) for all continuous functions ( f(x) ) on ( [0,1] ), the celebrated Riesz Representation Theorem:

Frigyes Riesz as a Bridging Figure

This proof has many fine qualities, the foremost for me being that I can understand it, unlike the ten-step version encountered in Rudin[4] all those years ago:

It goes on. And on — half a page for the statement and six pages for the proof. Professor Rudin points out that there is good reason for generalizing here, namely, that Lebesgue measure can be constructed from functionals as the primitive concept. It’s not that a functional is an integral, but that an integral is a functional, concepts of length and measure following from that (Rudin, p 34). Fine, but fifteen years before Rudin, Riesz’s final proof of his Representation Theorem looked more like the foregoing than anything in Rudin. Instead of the ( f(x;xi) ), he used simple discontinuous (characteristic) functions in 1952[3], proving the version of the Hahn-Banach Theorem needed to extend the functional to a domain including simple characteristic functions.

There is something very attractive about proving such a general result based on these simple and concrete considerations. In his essay The Shaping of the Riesz Representation Theorem[5], Jeremy Gray writes at length of Riesz’s role as a skilled navigator between old and new and in particular of his effective leveraging of the Weierstrass Approximation Theorem as a fulcrum. Hadamard’s precursor proof of 1903 was based on the kernel function ( e^{-x^2} ) Weierstrass used to prove his theorem in 1886. Riesz’s proof, simpler but more general, followed Lebesgue’s approach of approximating continuous functions by polygonal line segments (Sur l’approximation des fonctions, 1898).

O’Connor and Robertson’s account of Riesz at St. Andrews includes this tribute by W. W. Rogosinski in his obituary in 1956:

The work of F Riesz is not only distinguished by the genuine importance of his results, but also by his aesthetic discernment in mathematical taste and diction. … The more leisurely mastership of F Riesz’s style, whether he writes in his native Hungarian, or in French or German, conveys such pleasure and is to the older mathematician a nostalgic reminder of what we are in danger to lose. For him there was no mere abstraction for the sake of a structure theory, and he was always turning back to the applications in some concrete and substantial situation.

Here (in his book Leçon’s d’analyse fonctionnelle), in the first half written by himself, we find the old master picturing to us Real Analysis as he saw it, lovingly, leisurely, and with the discerning eye of an artist. This book, I have no doubt, will remain a classic in the treasure house of mathematical literature. With it, and with all his other work, will live the memory of Frederic Riesz as a great and fertile mathematician for long in the history of our art.

Frigyes Riesz was a great bridging figure, firmly rooted in the classical real analysis of the mid and late 19th century, at the same time extending and generalizing the foundation with an unerring instinct for enduring mathematical value. 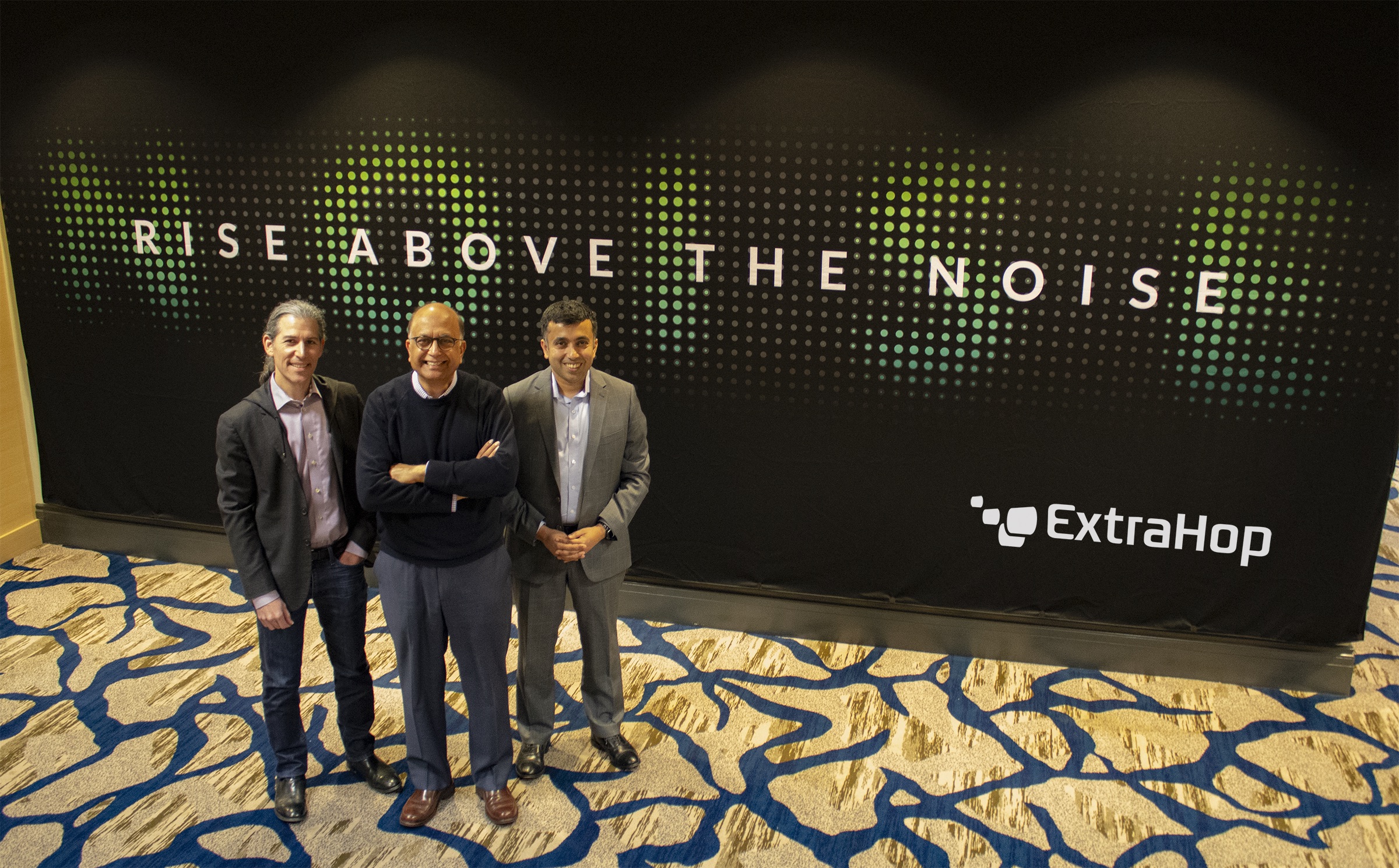