Pacific Northwest companies are raising venture capital dollars at a rapid clip — so much so that it’s hard to keep up. Here’s the latest on the most recent rounds.

Pandion, a year-old logistics startup founded by former Amazon and Walmart executive Scott Ruffin, reeled in $30 million in fresh capital that it will use to continue building out a so-called “parcel network” to help online retailers more efficiently ship packages.

The gist: The company, which recently emerged from stealth mode, will use the funds to hire 80 people at a new 150,000 square foot facility in Quakertown, Penn., that will serve as a hub to route packages on behalf of a growing roster of clients. The timing is also good, with the holiday shipping season just around the corner.

The backers: The $22.5 million Series A round was led by Bow Capital, with existing investors Playground Global, Schematic Ventures, AME Cloud Ventures and Innovation Endeavors also participating. An additional $7.5 million was quickly added led by Telstra Ventures, a sign of a very hot deal.

The deets: Pandion slipped under our radar here at GeekWire, and maybe with good reason since Ruffin previously led the stealthy efforts as the founder and leader of Amazon Air. He then held short stints as executive vice president and chief strategy officer at J.W. Logistics and most recently, until June of 2020, worked as vice president and head of e-commerce transportation at Walmart.

The take: Raising this amount of early-stage capital is impressive, as we recall the days when Series A rounds were in the $500,000 to $2 million range. Obviously, Pandion’s business is a bit more capital intensive, and the latest fundraising effort speaks to the revolution going on in logistics sparked by the boom in e-commerce. Seattle on-demand warehousing startup Flexe — which has raised $144 million to date — also is riding this wave. “Plastics” might have been the sage industry advice provided in The Graduate, but maybe the 2021 equivalent is “logistics.”

The gist: Tribute, which integrates with Slack and Microsoft Teams, is trying to solve the fear-of-commitment hurdle that prevents mentor-mentee relationships from ever getting off the ground. The app limits a mentoring interactions to a month, with the option of both parties agreeing to renew for additional 30-day stretches.

The deets: Founder Sarah Haggard was at Microsoft for a decade before launching Tribute in 2018. Customers include Microsoft, Sonos, Zillow, Remitly, Reckitt and the University of Washington. At AWS, Ma helped startups utilize artificial intelligence and machine learning technologies. He previously co-founded Decide, the Seattle online shopping product research site that eBay acquired in 2013 and promptly shut down. The startup was recently selected to partner with Microsoft Viva, the company’s employee experience platform.

The take: It’s become increasingly challenging for teams to connect, collaborate and build meaningful work relationships, especially during the pandemic. A number of new work collaboration tools are looking to solve this problem, and just this week we saw Microsoft buy Seattle startup Ally which also is looking to bring teams together in a more cohesive manner. As an example of the money flowing into this space, see next item.

The gist: Copper wants to help teens spend money smarter with its debit card and app. It incentivizes teens to save money by giving cash in exchange for hitting a savings goal or paying back parents on time. Copper earns revenue via a small fee that is charged to merchants running payments made via a Copper debit card.

The leaders: The 25-person company is helmed by Stefan Berglund and Eddie Behringer, who previously co-founded Snap Raise, a Seattle-based online fundraising platform for youth groups. They took many learnings from that experience of building trust with the teen/high school demographic and are applying those lessons to Copper.

The take: Copper says that a third of U.S. teenagers have no bank account, so its total addressable market is certainly large. There is early traction — the company says it has more than 350,000 members, with 70% of users coming from organic word of mouth.

The backers: The House Fund led the round, which included Wright Ventures, Union Bay Partners, Christi Muoneke, Ellie Wu, Adam Schoenfeld, Uma Sekar and David Aronchick. OwnTrail also joined the accelerator run by The House Fund, which invests in alumni and faculty from University of California Berkeley — including Bastian who earned her master’s degree there in mechanical engineering.

The deets: Bastian, who previously spent 14 years at Zillow Group as vice president of community and culture, coined authentech to describe companies focused on community building, empowering their users, and putting value for customers ahead of profit — the latter being a strategy that whistleblowers say Facebook has clearly not embraced.

The cost: The platform has been free for users since its creation in February 2020. OwnTrail claims 3,000 users with accounts, and 1,200 have published their paths. It recently launched an optional $10 per month membership program that provides additional coaching and networking opportunities.

The take: Bastian was a rockstar in helping to build Zillow into a juggernaut in the online real estate arena, and when she left the company last year co-founder and CEO Rich Barton called her “an incredible force who has helped Zillow from our earliest days.” And as we noted above, in this era more people are craving mentoring and personal connection.

Fullcast, a Bellevue, Wash.-based company that helps automate the back-end work for sales reps, has raised a $4 million Series A round, bringing total funding to $7.5 million.

The deets: Co-founders Singh and Bala Balabaskaran met years ago at Microsoft, worked together again at Salesforce and reconnected to launch. While running sales operations teams at Salesforce, Singh and Balabaskaran saw firsthand the inefficiencies of certain tasks in the sales planning cycle. After automating these operations for Salesforce, the duo saw the benefits — and business case — for “turning it into a service for the world,” as they previously explained.  The company has 14 customers and 20 employees.

The backers: Companyon Ventures led the round, joined by Epic Ventures, WestWave Capital and CreativeCo Capital.

The cost: Fullcast’s services cost $75,000-to-$125,000 per year for the base offering, which the company claims pays for itself in about two months.

The take: There are plenty of players trying to make life easier for sales teams. Fullcast’s competitors include Anaplan and Xactly. In Seattle, sales engagement platform Outreach scored $200 million last summer — valuing it at $4.4 billion.

And even more notable Pacific Northwest startup funding rounds GeekWire tracked over the past week: 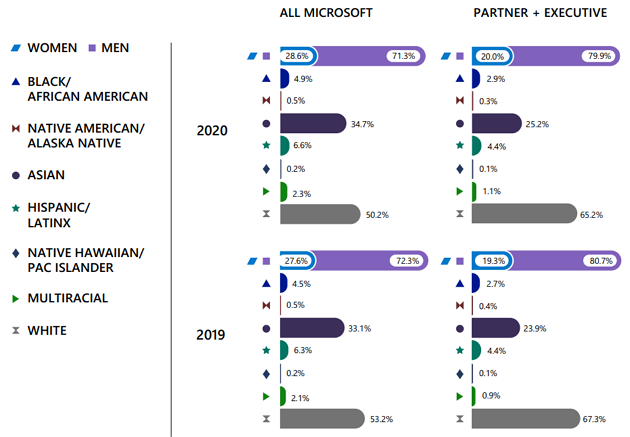