Volunteers quickly sprang into action to help clean up the Floyd bust, which is part of an art installation designed to confront social injustice. Perhaps one of the most unsung aspects of Mr. Floyd’s murder has been its galvanic effect on how Americans approach the relationship between built environments and our own history.

Last year’s protests prompted tough questions about the relationship between public art and White supremacy, focusing renewed scrutiny on everything from how institutional racism gets to shape our public space to the presence of monuments erected at public expense to praise the tragic legacy of Confederate military heroes.
Its defacement, while it summons echoes for many of attempts to mar memorials to figures such as Emmett Till, ought not to be the only thing we take to heart about this bust of George Floyd. The very act of raising a monument to Floyd is an act of healing, a public elevation of the legacy of an ordinary Black man whose public execution helped lead to a watershed moment of global awareness around racial injustice. So too is news that the Texas State Board of Pardons and Paroles unanimously voted to recommend a pardon for Floyd’s 2004 drug conviction in Houston.

How America and Americans choose to honor or disgrace Mr. Floyd’s memory has become a Rorschach test. One view offers us a path away from the politics of racial division, resentment and denial that helped lead us to this moment. An America that recognizes the humanity within Mr. Floyd’s life and legacy is one that possesses a quality of mercy so often denied to victims of police, state, and structural violence. The opposing view doubles down on the politics that poise the nation on the brink of permanent divisions along racial lines that fail to recognize Black humanity even in the lives of children public servants are sworn to protect.

For those interested in honoring Floyd’s legacy, it is imperative to remember that his fatal encounter with former Minneapolis Police Officer Derek Chauvin was not the first time he faced misconduct at the hands of law enforcement. Floyd’s recommended pardon represents, in more granular detail, additional positive effects of the spotlight being cast on policing in America. The former Houston police officer who arrested Floyd, Gerald Goines, was later indicted on murder charges prompting the district attorney to seek post-conviction relief for certain cases, including that of Mr. Floyd. Goines’ attorney told CNN her client pleaded not guilty to all charges.

It is now up to Texas Gov. Greg Abbott to make this pardon official.

Each of these developments illustrates how George Floyd’s posthumous legacy continues to grip America’s national imagination, as well as long-standing institutions with complex histories of racial discrimination. The New York City Fire Department, for instance, recently suspended nine members of the FDNY for alleged racist messages mocking Floyd’s death. An FDNY spokesman described the punishments to The New York Times as the most severe discipline in the department’s history.
According to the Times, the suspensions (ranging from several days to six months without pay) blew the lid off long-simmering allegations of systemic racism within the New York Fire Department. Black firefighters claim that, after Floyd’s murder, an already racially hostile culture within FDNY exploded into overt acts of anti-Black racism. White firefighters reportedly bragged that “police could legally shoot Black children,” while high ranking FDNY members compared BLM protesters to “wild animals,” and contemplated turning fire hoses on them in scenes that would have recalled the racist tactics of Bull Connor in Birmingham, Alabama, in 1963.
As scholar David Goldberg’s important history reminds us, and as Black members of the FDNY told the Times, these punishments — while they capture the power inherent in George Floyd’s memory — do not on their own address deeply rooted cultural or institutional racism in the department.

Taken together, what all these instances have in common is the way in which George Floyd’s legacy continues to serve as a touchstone for larger issues of race, citizenship and democracy. From public art commemorating him as a hero to a parole board recommending a posthumous pardon to firefighters brazenly trampling on his memory to perform acts of racial cruelty, George Floyd continues to captivate the national American political and cultural imagination.

How and why we choose to remember George Floyd is critically important to understanding this contemporary period of racial and political reconstruction underway. America’s Third Reconstruction has taken its signposts from the first, which lasted from roughly Juneteenth 1865 to the racial massacre in Wilmington, North Carolina, in 1989. The period’s grandest moments — the abolition of racial slavery, birthright citizenship, and Black male suffrage — represent nothing less than what Eric Foner has called a second American founding. Its darkest depths — the rise of racial terrorism, convict leasing, debt peonage and more — are only now being reassessed by millions of Americans whose racial awakening came through the crucible of Floyd’s murder and the demonstrations that followed.

George Floyd’s legacy ultimately transcends the demonstrations and confrontations that rocked the nation and parts of the world in 2020. His death inspired tens of millions of American and global citizens to express their anger — but also their joy, their pain.

His tragic murder led to a period of extensive self-reflection that is still unfolding; a time that brought searing new questions to the forefront of American political life. Black death produced national grief on an unprecedented scale, but also shifted America’s moral vision of itself, at least for a time. Black genius, self-love, healing, and wellness also grew out of Floyd’s death — along with a new politics of backlash and racial cruelty.

These disparate responses — all a part of Mr. Floyd’s memory — reflect both the distance we have traveled since his death and the long road that remains ahead of us. 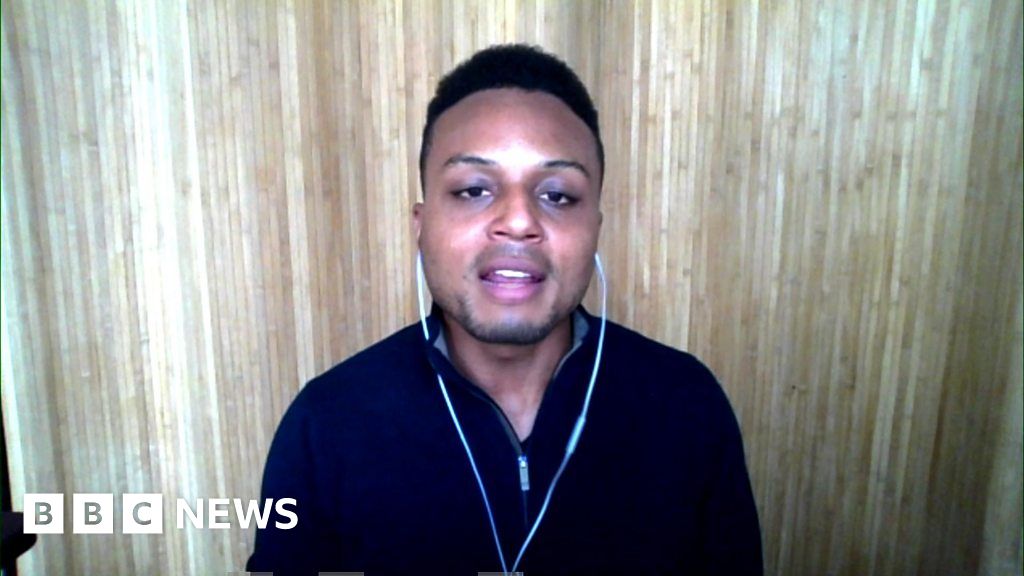 Warning to Conservatives over taking the knee and racism