A Long Island woman who sells vintage items on Instagram lost revenue when she was forced to cancel a sale event. And a graduate student in Texas, freed from the distractions of social media, whipped through four assignments.

Here’s how the outage unfolded.

In the first minutes, panic and confusion

When the apps first went dark or stopped updating shortly before midday on the East Coast, it was unclear what was going on. Confused users refreshed their screens.

The outage happened hours after a “60 Minutes” segment in which Facebook whistleblower Frances Haugen claimed the company knows its platforms are used to spread hate, violence and misinformation.
Speculation grew on social media. Was it a data breach? A massive hack? Part of the ongoing Mercury retrograde?
While some mulled out-of-this world theories, others took a more earthly approach.

“I thought, ‘My phone has been hacked.’ I had to change all my passwords and update my iPhone software,” said businessman Tete Macharia.

With every passing minute, the uncertainty and conspiracy theories grew. So Macharia, who owns a freight and forwarding company in suburban Atlanta, took additional steps.

“I changed my passwords for my bank accounts and restarted my phone like three times,” he said. “I thought I’ll find all my accounts empty.”

Macharia said the outage also cut off most of his communication. He uses WhatsApp to message clients overseas and could not reach them for hours.

“If a prospective client can’t reach you, they move on to the next business,” he added. “It makes you realize the risk of one company having so much monopoly.”

Shortly after midday, the social platforms began acknowledging the outage.

WhatsApp, the messaging service used widely outside the US, was the first to notify users at 12:16 p.m. ET — about 35 minutes after the app stopped loading new content.

“We’re aware that some people are experiencing issues with WhatsApp at the moment. We’re working to get things back to normal and will send an update here as soon as possible,” it said.

Six minutes later, Facebook tweeted its awareness of the outage and apologized for any inconvenience. Instagram notified its users at 12:25 p.m.

Social media users looking for updates migrated to Twitter. So did the jokes.

“Hello literally everyone,” said Twitter’s official account, about an hour after the outage was announced, prompting a flurry of witty responses.

Meanwhile, the memes poured in. Some played off the initial confusion, when people thought the problem was with their phones or internet connection.

“Me running to Twitter to see if facebook and Instagram are down or if it’s just me,” posted one woman with a video of a man sprinting down the street.

Some posted memes about Twitter’s sudden supremacy over Facebook and its cousins.

And still others lamented the fact that they couldn’t reach their pals.

“I can’t even tell my friends that Facebook is down. They’re all on Whatsapp and Instagram,” tweeted one New Yorker.

For many users, social media is more than a way to share photos and messages. It’s also a place for small businesses to make sales and grow their customer base.

Jessica Ferrandino owns The Curated Vintage, an Instagram page that sells vintage furniture and other pre-owned items for the home. She first noticed that Instagram wasn’t working while trying to message a customer about her package tracking information.

“Most of my contact with customers is through Instagram, so I was not able to contact customers regarding deliveries, tracking info, etc., as I was unable to send messages,” said Ferrandino, who lives on Long Island, east of New York City.

Ferrandino had no choice but to scrap a planned sale event Monday on Instagram Stories, where she was to offer markdowns on certain pieces.

“Not being able to have the story sale was definitely a potential financial loss,” she said Tuesday.

Her setback also spread to Facebook, where she spends most Mondays acquiring vintage pieces via the platform’s marketplace. With Facebook down as well, she missed out on finding potential pieces for her online store.

But some users actually welcomed the break

Juan Sanchez found out WhatsApp was down while calling his mom, who lives in Spain, so she could see her granddaughter, Cala.

He wasn’t dismayed by the news. As a co-founder of Bagby, a startup that promotes digital wellbeing, he already advocates for less screen time.

“We actually help people unplug from their phones without adding more technology. So a social media siesta is always a great thing; both for us and the entire humanity,” he said.

Sanchez supports an annual holiday during which people stay off social media. Its name: #FacebookDownDay.

“The outage was a much needed respite from mindless scrolling that keeps me from being productive in my studies,” she said. “I completed four assignments effortlessly without the distraction. It normally takes me two weeks to complete four assignments.”

By evening, Facebook was back — but things felt different

At 6:33 p.m. ET, Facebook posted an update saying its apps and services were coming back online.

“To the huge community of people and businesses around the world who depend on us: we’re sorry,” it said.

Facebook later said in a statement that the outage was caused by a networking glitch that interrupted communications between its data centers. The company said there was no evidence that user data was compromised.

But the jokes didn’t stop.

“Facebook comes back online after grueling six hours of vaccine advice only being available from doctors and scientists …” one tweet said.

For Ferrandino, the experience made her realize she cannot depend solely on the social media platform to maintain her business, based in East Setauket, New York.

“My shop would not be where it is today without Instagram. However, the outage really made me realize that Instagram cannot be my only platform for selling,” she said. “Instagram can shut down at any time, and then my shop is just completely gone. “

She’s now planning to launch a website for her store.

Logan, the Texas student, said the outage rewired the way she thinks about social media. Going forward, she said she plans to limit the time she spends on the apps.

“I realized how time-consuming, toxic and divisive they are,” she said. “It was a day of mental clarity.”

Today Facebook, Instagram and WhatsApp are once again pinging phones across the world with news, photos and other messages. Monday’s outage may soon be forgotten.

But for six maddening and peaceful hours, much of the world was not quite the same. 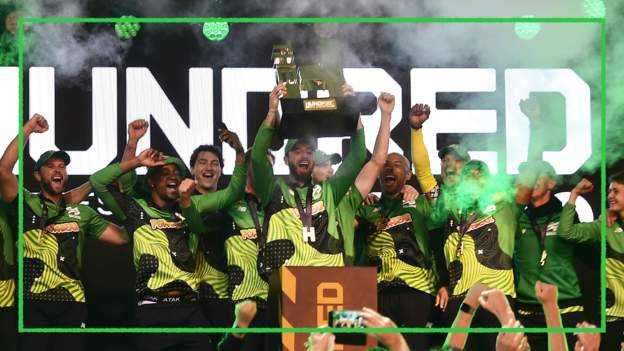 How to Enfranchise Florida Voters With Past Felony Convictions 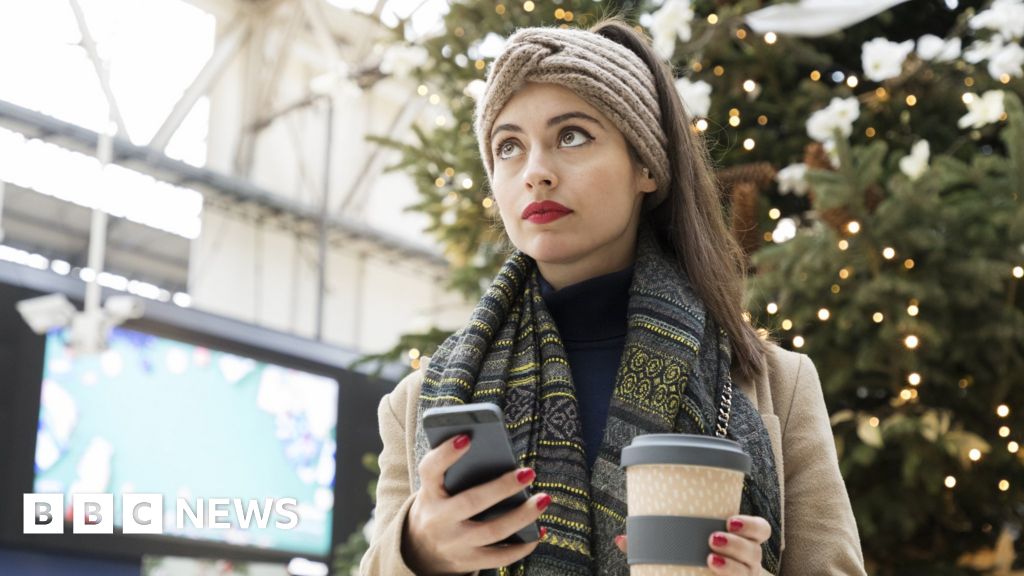 Covid: How are students travelling home for Christmas? 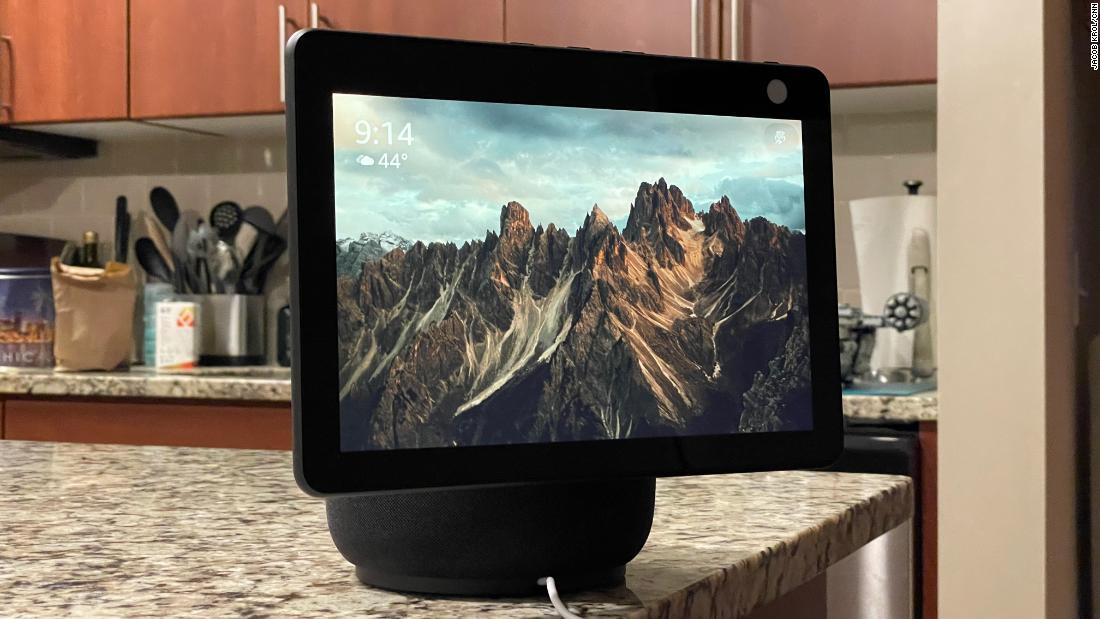