Has anything once cool ever so quickly become less cool than inline skating? Back in the early 1990s, in the wake of the fitness boom of the ‘80s, Americans were still desperate to glom onto any fitness craze that came along, spurred on by those twin pillars of capitalism—consumerism and feeling like something is wrong with your body that can only be fixed by throwing money at it. And once everyone finally realized track suits are silly-looking and jazzercise is as embarrassing as it sounds, they figured “what if roller skates, but futuristic?” was definitely the way to go.

Then the 2000s came, and with it a total repudiation of the optimism and energy of the ‘90s—or maybe we just realized fanny packs are deeply dorky. But oh, apparently fanny packs are hot again, so why not inline skates? That’s why, for this month’s Lifehacker Fitness Challenge, I’m strapping on the wheels and exercising like it’s 1991.

The history of inline skating (which I’d refer to informally as “rollerblading,” except technically “Rollerblade” is still a trademarked brand) goes back much farther than the heady days of neon and fanny packs. Legend (and a Google search) tells me that skates with wheels arranged in a line were actually invented in the 1700s, well before the 2×2 clunkers that are traditional roller skates, which debuted in 1863 (inviting you to imagine Abraham Lincoln and Robert E. Lee settling the War Between the States with an epic roller derby bout).

Inline skating didn’t really become a thing in the United States until the ‘80s, when some Minnesota hockey players revived the design to help them practice off the ice during the warmer months. Within a decade, it had become the next fitness fad, its popularity booming regionally and then exploding across the country; it’s hard not to link it in my mind with the nationwide obsession at the time with “California cool”: big tech, big hair, weird slang, Beverly Hills, 90210, surfing, and, of course, skating.

I am a born and bred Midwesterner, which means I was never cool (a fact living in Brooklyn for seven years has only served to underline), but even I couldn’t escape the dream of living in the land of sun and surf, where everyone had a car like Dylan McKay and talked like Michelangelo from the Teenage Mutant Ninja Turtles. For those reasons and more, to a little wiener living in the Chicago suburbs in the early ‘90s, inline skates were the definition of radical. From elementary school, to middle school, to high school, I owned inline skates and used them regularly, trading up to more expensive designs along the way. I never did much that was actually cool (no tricks, save for skating backwards), but I always felt super cool while skating.

Until suddenly, I didn’t. And pretty much no one else did either. The last time I strapped on my skates was around the time I graduated college in the early aughts, and at that point, I was already the rare person skating around campus.

Skating became definitively uncool, admits Arnav “Sonic” Shah. He is a certified skating instructor and the owner of Kinetic Expression Skate Shop in Queens—New York City’s only dedicated inline skate shop. He picked up the sport in 1997, but unlike almost everyone else, he never stopped.

“I lived on my skates in college,” Shah says, “and in NYC, it’s easy to be on skates and skate everywhere.” But while he was active in local skating groups like the Empire Skate Club, it was hard not to notice that he was part of an aging demographic. “I’d show up in skating groups and everyone would be in their late 30s, their 40s, or 50s, or 60s. There were no young people [taking up skating] at the time.”

It’s hard to pinpoint why inline skating fell out of favor so quickly. “If you ask 10 different people why, you’re going to get 10 reasons why the crash happened,” Shah says. “It just got too popular too fast and everyone moved on to the next thing.” Compounding problems, he notes, was the fact that people took up the habit because it was a fad, which didn’t put them on good footing for success. “You had running shoe stores selling skates so they just put people in whatever and didn’t set them up correctly—they had the wrong size, they didn’t know where to go next, and if they had one bad experience, they were done, they’re not skating anymore.”

It’s wild that a city as large as NYC had no skate shops before Shah opened his business last year as a “pandemic project” of sorts. Even as the roller derby revival became something of a spiritual movement and skateboarding had a major resurgence, inline skating lagged behind—but that finally seems to be changing. Amid the lockdowns, people were looking for more reasons to get outside, Shah notes, and some of them, at least, began venturing outdoors in high ‘90s style.

“Everything seems to have a 30-year cycle of popularity,” Shah says, so inline definitely has a retro appeal. “Plus, people forgot, skating is cool. They had the image of fanny packs and knee pads and dorky moves and looking awkward. But skating moves have evolved.”

Yes, there are new forms—like wizard skating, which he describes as a mixture of artistry and aggressive, parkour-esque moves—but another big reason is that 30 years later, the equipment is just way better. “Just like with skis,” Shah says. “Once the skis got easier to use, you could do a lot more with them without having to have good form right off the bat.”

“Every part of the equipment is way better,” he says. “The boots are way more comfortable, the shell is way lighter in weight, the frames are almost exclusively made out of aluminum, the wheel technology has gotten better so they last longer, they’re easier to turn.” Wheels have also gotten bigger, “so some people are opting for three wheels instead of four so you get a lot of speed and you still have maneuverability. They’re a little harder to handle, but the fun factor is really high. It’s all across the board: You put [the skates] on and it feels nice.”

“Nice” is not how I would describe my memories of my mid-level ‘90s-era skates, so when looking to get back into the sport, I asked Shah how, exactly, one goes about buying inline skates in 2021.

How to find the right inline skates for you

Perusing skate retailers online, I was intrigued by the new tech, but at a loss as to whether any of it was right for me. Three-wheeled skates are usually recommended for “intermediate” skaters. But is that me? I haven’t skated regularly in nearly two decades. I was good enough before that I could skate fast around town with nary a fall, but I wasn’t going to skate parks or doing tricks.

Unsurprisingly from a guy who runs a skate shop that’s by appointment only, Shah prefers to have a one-on-one consult with his customers to find out what they are looking for—aggressive skating, trails, commuting, fitness, speed? But generally, for people who are going on skates for the first time or looking to get back into it, he recommends the smaller, four-wheel setup.

“It’s way easier to learn everything on, way easier to control, and it’s still way faster than what those setups were back in the day,” he says. “The power transfer is better, the skates are lighter, the wheels are better, so my general rule of thumb is, I’m putting people on the four-wheel setup.” If people seem really into the sport, or are highly athletic and are looking for speed and cruising, he’ll let them try out the three-wheel variety—but for the average skater who is looking to get moving or commute, four wheels is still the way to go—they are more stable, they stop easier, and they don’t go too fast.

What safety equipment do you really need?

There’s nothing less cool than safety gear, but I’m old enough that I’m likely to really hurt myself if I fall, and my sense of self-preservation has only grown more developed over the years. So what kind of protective equipment does an inline skating novice really need these days?

“This is a challenging question because people have a lot of different opinions about safety,” Shah says. “I remind them that the most important thing is really skating in a controlled environment.” But from most important to least important, he recommends:

In general, Shah says, you want to consider your risk profile: How comfortable are you on your wheels? What are you looking to do? How fast will you be going? Where will you be skating? How big of a baby are you about scraped knees? (I added that last one.) Equip yourself accordingly.

After consulting with Shah, I elected to stick with traditional four-wheel skates and a helmet—both in Lifehacker green, naturally (they really do feel quite nice). Next week, I’ll let you know how my first few weeks back on wheels went. Hopefully I’ll be rolling right along.

Weed Out Unused Kitchen Tools With the Box Method 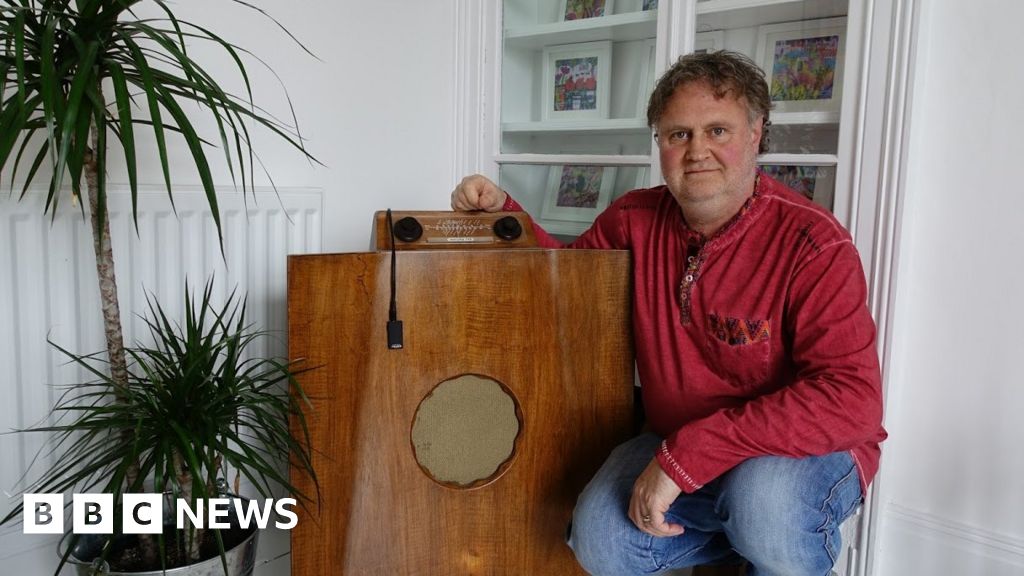 ‘I play digital music through my 1949 radio’ 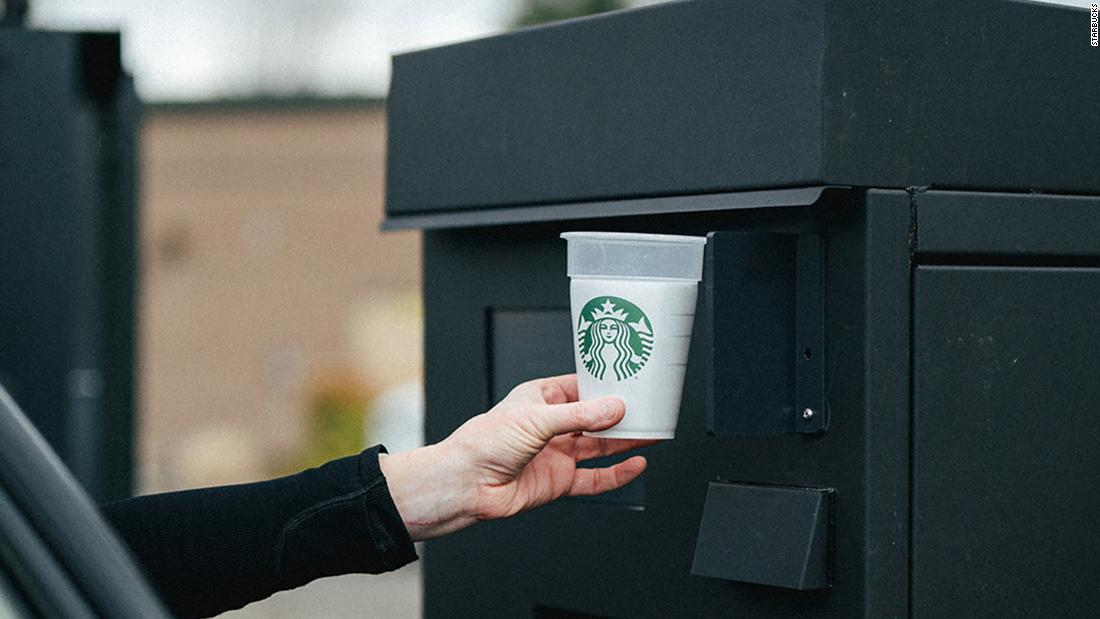 Starbucks’ experimental new cup costs extra, but it’s worth it Are Avocados Associated with Greater Risk or Reduced Risk of Cancer?