Content warning: the following contains plot spoilers for the Hulu series Only Murders in the Building.

Hulu’s Only Murders in the Building has been dominating social media since it premiered, flooding the internet with fan discussions and investigations into who killed the mysterious Tim Kono. Viewers have followed along week to week as the unconventional crime-solving trio of Oliver Putnam (Martin Short), Charles Haden-Savage (Steve Martin), and Mabel Mora (Selena Gomez) have searched for Tim Kono’s killer.

Every subsequent episode has introduced new suspects and eliminated others. But even as the series approaches its first season finale, the mystery of who killed Tim Kono is still wide open. Many suspects are still completely likely at this point, but some of them are clearly much more likely than others.

When Only Murders first began, the mysterious figure known as “Tie-Dye Guy” was one of the group’s first suspects. On the night of Tim Kono’s murder, Tie-Dye Guy – later revealed to be Mabel’s childhood friend, Oscar – was spotted heading upstairs just before the crime was committed, while everyone else was leaving the building during what they believed to be a fire drill.

Oscar made sense as a first guess, but his status as a suspect was too easy. It would have been too convenient for the first character to have a real connection to Tim Kono to be the one who murdered him. Oscar’s explanations and alibis have been thoroughly checked out by the group, clearing him from further suspicion and making him the least likely suspect at this point.

Theo Dimas was a relative unknown for much of Only Murders‘ first season. He was the focus of the game-changing episode “The Boy from 6B,” a mostly silent episode that focused on Theo’s experiences across his life as a deaf person and presented true inclusion of a character with a disability. The episode also explored how he was caught up in one crime after another, first with Zoe’s death and later his father’s jewelry crime ring.

The group behind the Only Murders podcast was eager to pin Tim Kono’s murder on Theo and his father after they learned of his involvement in both of those prior crimes. But subsequent evidence has revealed that there was more to the murder than they knew, which has likely ruled Theo out as a possible suspect once and for all. He may have played a tragic role in Zoe’s accidental death, but Tim Kono’s demise likely had nothing to do with him.

Not much has been revealed about Ndidi Idoko, the woman who was Tim Kono’s next-door neighbor. Early episodes included the reveal that she was envious of Tim’s apartment and that she even went so far as to request an apartment swap soon after his death.

While it wouldn’t be the first time that real estate was the motive for a murder, it seems unlikely that this would have been a strong enough cause for Ndidi to commit the crime. She did later admit to often overhearing Tim with a lover, claiming that she herself never liked him. But that wording does lend itself to a very skewed reading in which she didn’t like Tim, but she did love him, and as such, she could have been the one to poison him in a crime of passion.

Sometimes, the most likely suspects are ones that are hidden in plain sight. Not once during the investigation has the podcast team considered the possibility of Jose Torres, the father of Oscar and the superintendent of the Arconia, being Tim Kono’s murder.

But Jose has had plenty of motive and opportunity both when it comes to Tim Kono. As the superintendent of the building, he would have had many opportunities to have access to Tim Kono’s apartment. And since Tim Kono willingly lied about Oscar’s alleged involvement in Zoe’s death, which resulted in Oscar going to prison for a decade, Jose could have been motivated by a need for revenge, a common motive that has fueled many memorable revenge plots and movies.

Another suspect who has hidden in plain sight has been the podcast’s own sponsor, Teddy Dimas. A good candidate for inclusion in actor Nathan Lane’s best work, Teddy has been a longtime supporter of Oliver’s many business ventures, but his investment in the Only Murders podcast has had a very personal stake as it would keep attention off his own crime ventures, which was also going on within the building.

Although the series’ eighth episode reasoned that Teddy Dimas was out of the building during the time of Tim Kono’s murder and therefore likely could not have been part of it, it is still possible that he was involved after all. Since Tim was murdered by poison, not by the gunshot wound, Teddy could have played a role in the poisoning, even if he wasn’t there to deliver the final shot.

Howard’s cat, Evelyn, may not have been one of the most memorable cats in television history, but it could still be the case that Tim Kono was killed over a grudge that started because of her. Tim was allergic to cats and hated Evelyn’s wandering around the Arconia because of that, which led to Tim and Howard coming in frequent conflict with each other.

The same day Tim was killed, however, so was Evelyn. As it turned out, both of them were poisoned, despite initial reports of Tim dying via gunshot. It may not be likely that Howard would have killed his own cat to cover up his involvement, but it could still be the case that he poisoned Tim and his poor cat suffered an accidental dosage by proximity.

From her first appearance in the series, Bunny has been a character not to be messed with. Foul-mouthed and quick-tempered, Bunny has never been someone that any character has wanted to be on the bad side of. Unfortunately, Oliver has always been on her bad side, which gives viewers a firsthand experience of her nastiest moments.

In the series’ ninth episode, Bunny was particularly eager to put an end to the Only Murders podcast, perhaps due to a desire to conceal her own involvement in Tim Kono’s murder. Bunny has been ruthless with Oliver, doing everything she can to squeeze every last penny out of him and ultimately evict him. It’s likely, then, that Bunny has had similar feuds with other tenants of the Arconia, and perhaps one of them even crossed the line into murder.

Jan has always been an enigma as a character. It was clear, just by casting Amy Ryan (best known as the lovable Holly Flax in The Office) in the role and billing her as a series regular, that there would be much more to her character than just the role of Charles’ unlikely girlfriend. It wasn’t until the series’ penultimate episode that things began to snap into focus with her character, however.

There have been many signs pointing to Jan’s likelihood as the murderer. Her bassoon case is perfect for hiding a likely murder weapon, and bassoon cleaning supplies were found in items taken from Tim Kono’s apartment. Further, Jan has been lying about her status as the first chair bassoonist.  It is possible that she was Tim Kono’s girlfriend, but her rival for the first chair position may also have been his lover, which means that she could have had a particular jealousy-driven motive to kill Tim Kono if, for example, she had also been trying to get the real first chair out of the way.

Chrome 88 makes it easier to manage and change passwords 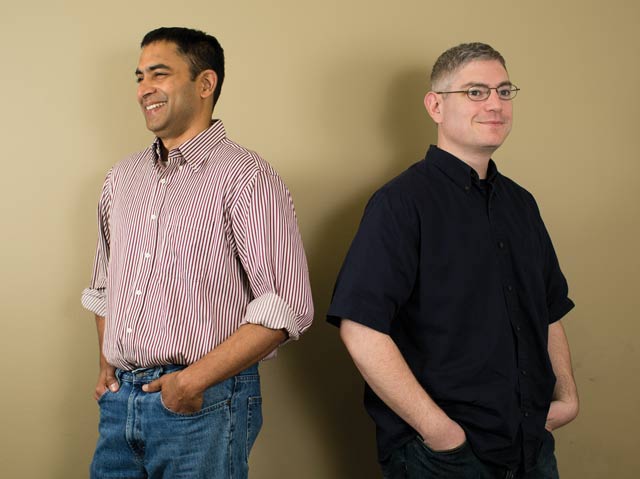 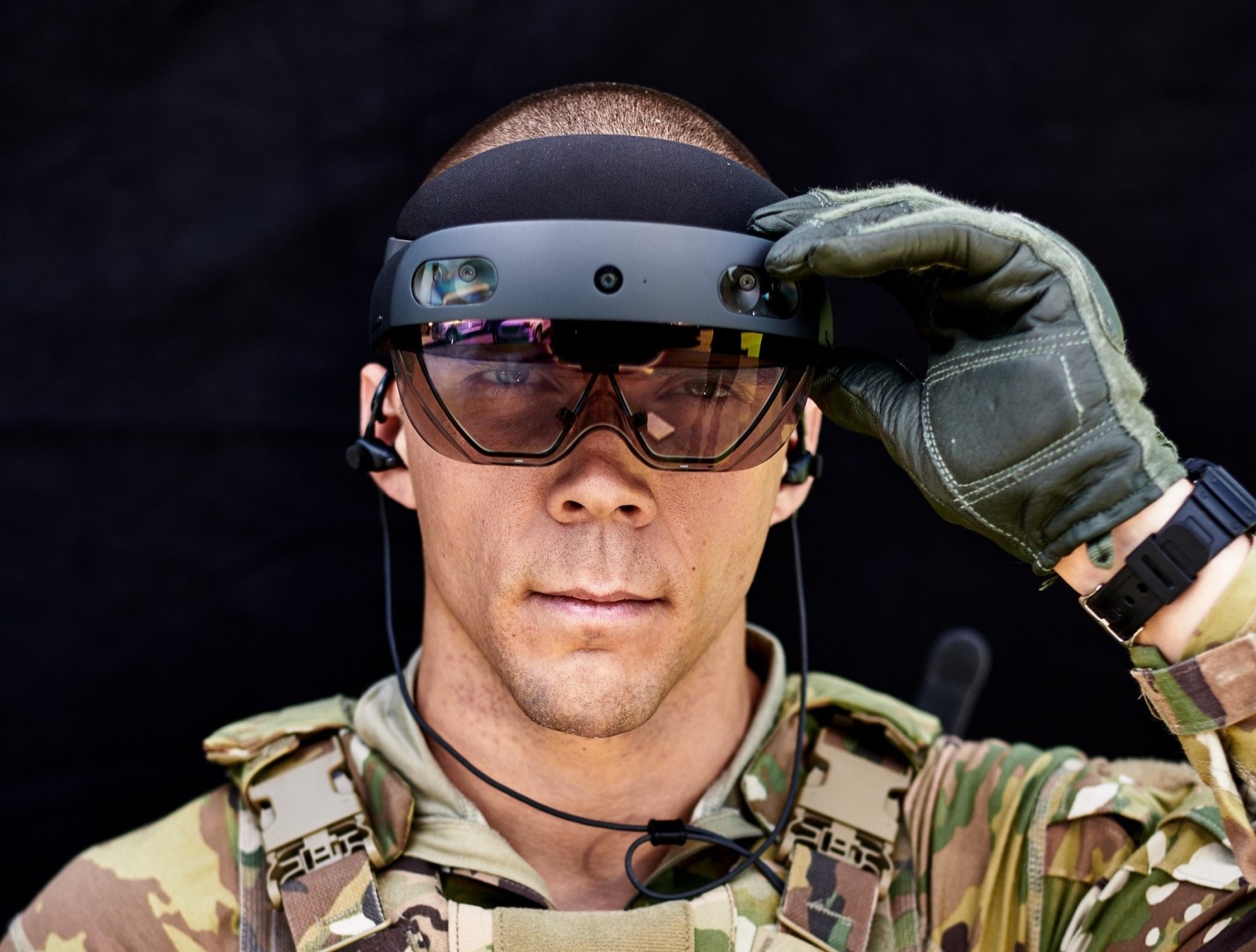 JBLM will test 5G for missions in virtual reality