While Amazon’s latest shift in its return-to-office policy is likely welcome news for Seattle-based employees who have grown accustomed to remote work, Sayed Salem is suffering.

Sitting in his food truck Spice on Curve, serving authentic Indian cuisine in the heart of Amazonia on Tuesday, Salem said he’s down to about 40 customers a day. Two years ago he was serving 250 to 300 people on a workday.

“How can we survive?” he asked.

Amazon said Monday that instead of bringing employees back to the office en masse in early January it will instead leave the decisions to individual team leaders, with no hard-and-fast expectation on the number of days that those corporate employees work in the office.

The tech giant’s remote work policy affects more than just its 50,000 corporate and tech employees in Seattle — it has repercussions for the food truck, florist, bike shop, burger joint, dog treat store, coffee spot and other small shops that rely on the company’s workforce to stay in business.

Salem and his wife of 35 years, Nasima Akhter, have been running Spice on Curve for seven years. Two weeks ago, their second truck was stolen from the lot where they park it. It was recovered, with $10,000 in damage.

Salem’s legs hurt when he has to stand for 15 or 16 hours, and he said it’s been next to impossible to find help. Before the pandemic he used to pay $12 an hour. Paying much more would add to the struggle he is already facing in increased costs for ingredients and loss of business.

“As a small business … We are not Amazon. How can we pay $25 an hour? It is better to die,” he said, adding that whenever he talks to customers, he’s found that they want to come back to the office.

“But the big boss, they just extend it, because they’ve got a new way — work from home,” he said. “They’re making money, but what about the thousands of businesses actually dependent on Amazon?”

At lunch hour, the streets around South Lake Union were definitely quieter than the usual bustling scene that has always attracted food trucks. But there were at least some people on the street and in nearby restaurants, unlike during the hardest months of the health crisis. One Amazon worker grabbing a box of hot food was a regular at Salem’s truck. The latest shift in Amazon’s official policy wasn’t impacting his daily routine.

“I definitely like working in the office. It’s more separation from personal life,” said the worker, adding that he prefers working with his team in person.

Amazon’s latest remote work policy change underscores the uncertainty created by the ongoing spread of COVID-19, including the surge in the highly contagious Delta variant in recent months. Previously, Amazon set a “baseline” of three days a week in the office, and two days working remotely, as part of its preference for an “office-centric” culture.

The company was shooting for a September return to the office, and then pushed the date to Jan. 3, before Monday’s move.

Other companies have also been pushing back their plans to bring employees back to the office. Microsoft, the region’s other tech giant, is leaving its return date open-ended for the time being.

‘For the sake of the neighborhood’

Like the food truck operator, the Downtown Seattle Association is worried about small businesses, too.

Data from the organization says more than 500 street-level business locations have permanently closed throughout downtown since January 2020.

“It’s clear that many workers want to return to spending their work day in dynamic, urban neighborhoods like downtown Seattle where they have access to arts and culture, sports and entertainment and a great food scene,” DSA President and CEO Jon Scholes said in a statement.

In a third quarter commercial real estate report, the firm Kidder Mathews said retail in the downtown core is “still dependent on the thousands of office workers who frequent the vertical buildings.”

The Seattle Barkery is one of them.

The small shop which sells pet toys and treats, including the Bacon Pupcake, used to operate exclusively from trucks in Seattle. It opened its first brick-and-mortar shop in April 2020 — just in time for the pandemic. The location at the base of an Amazon tower seemed like the perfect place for what is normally a neighborhood overrun with dogs that are allowed in the workplace.

On Tuesday, one human customer and one dog were in the shop. Owner Dawn Ford told GeekWire that Amazon’s shifting policies are like a “dangled carrot” as she begs, perhaps like one of her four-legged customers, for workers to return.

The neighborhood is busy, but it’s not Amazon busy.

“The neighborhood is busy, but it’s not Amazon busy,” Ford said. “We established ourselves in the neighborhood and pandemic puppies were plentiful and quite a blessing to us. But our initial sales goals are probably about 50% there, so we of course have been waiting for Amazon to go back to work.”

Ford rents her space from Amazon and she said while plenty of people don’t love the company, “they’ve been nothing but generous to us.” The Barkery is in its 19th month of rent release, which Ford called “extremely wonderful.”

“These buildings are brand new and gorgeous, we were really hoping that they would be occupied,” Ford said, adding that she appreciates that some workers have found convenience and comfort in working remotely.

“If it’s a choice, I think that’s great, but I hope for small business sake and the sake of the neighborhood, I hope the choice is that people choose to go back to work soon,” she said.

Amsterdam-based VanMoof saw an initial jump in electric bicycle orders when it first launched a pop-up and then opened a retail shop below Amazon’s re:Invent tower. I even used one of the bikes to win GeekWire’s multimodal transportation “Great Race II” from the Spheres to West Seattle back in July.

The shop’s location on the Amazon campus is noteworthy because employees who pay $89 a month to lease a bike for a year through a special VanMoof program can get reimbursed through the tech giant’s bicycle commuter benefit.

Whether it’s the arrival of less bike-worthy weather or a lack of foot traffic passing by the shop or pandemic-related supply issues, business could be better, said assistant manager Kusha Akbarpour. If employees “were driving to and from work, it would help,” he added, presumably because those employees would be so annoyed sitting in Seattle’s once soul-crushing traffic that they’d want to switch to an e-bike alternative.

At South Lake Union Bouquet, across from the first Amazon Go convenience store, Lindsey Long was working behind the counter Tuesday and said it seems like business has been steadily picking up.

“Sending flowers is about all you can do remotely,” Long said with a laugh. She also said more people seem to be buying houseplants — remote workers? — and looking for advice on what types of plants are easy to keep alive.

The florist also has a location in the Columbia City neighborhood and opened in the Denny Triangle in 2019. During the height of the pandemic it was a “ghost town down here,” Long said.

At Shake Shack on Westlake Avenue the usual line of Amazonians was missing on Tuesday. The New York-based burger joint opened in October 2018 and has been steadily busy ever since, with a line often out the door.

A worker at the walk-up window for online orders said business remains good thanks to those who live in the neighborhood or visit on weekends. She said they do “a ton of DoorDash and Grubhub orders.”

Monorail Espresso is the stuff of coffee legend in Seattle, founded in 1980 as the “world’s first espresso cart.” With a small location now on Westlake Avenue across from Amazon’s towers, coffee is still a solid business in the city — but the pandemic and remote work took its best shot.

“We were hurting hard, but we survived,” said a barista named Millie who was serving drinks to a steady line of mid-afternoon customers, many wearing Amazon badges. “You doing your usual?” she asked one gentleman.

Things got especially busy when a dozen or so men suddenly lined up in front of the shop’s takeout window for drinks. Asked by GeekWire if they were from out of town, they laughed and asked if it was obvious.

The group of real estate investors, representing different companies from Chicago and New York, was in town to see how Seattle’s commercial and residential scenes were faring in the wake of the pandemic. “To see which cities feel less dead,” was how one man put the group’s comparison of U.S. markets.

And to see, more or less, whether it makes sense to invest or not, another said, as some in the group craned their necks at the office and apartment towers rising above the tiny coffee shop. The Morning After: China slashes kids’ gaming time to three hours a week, 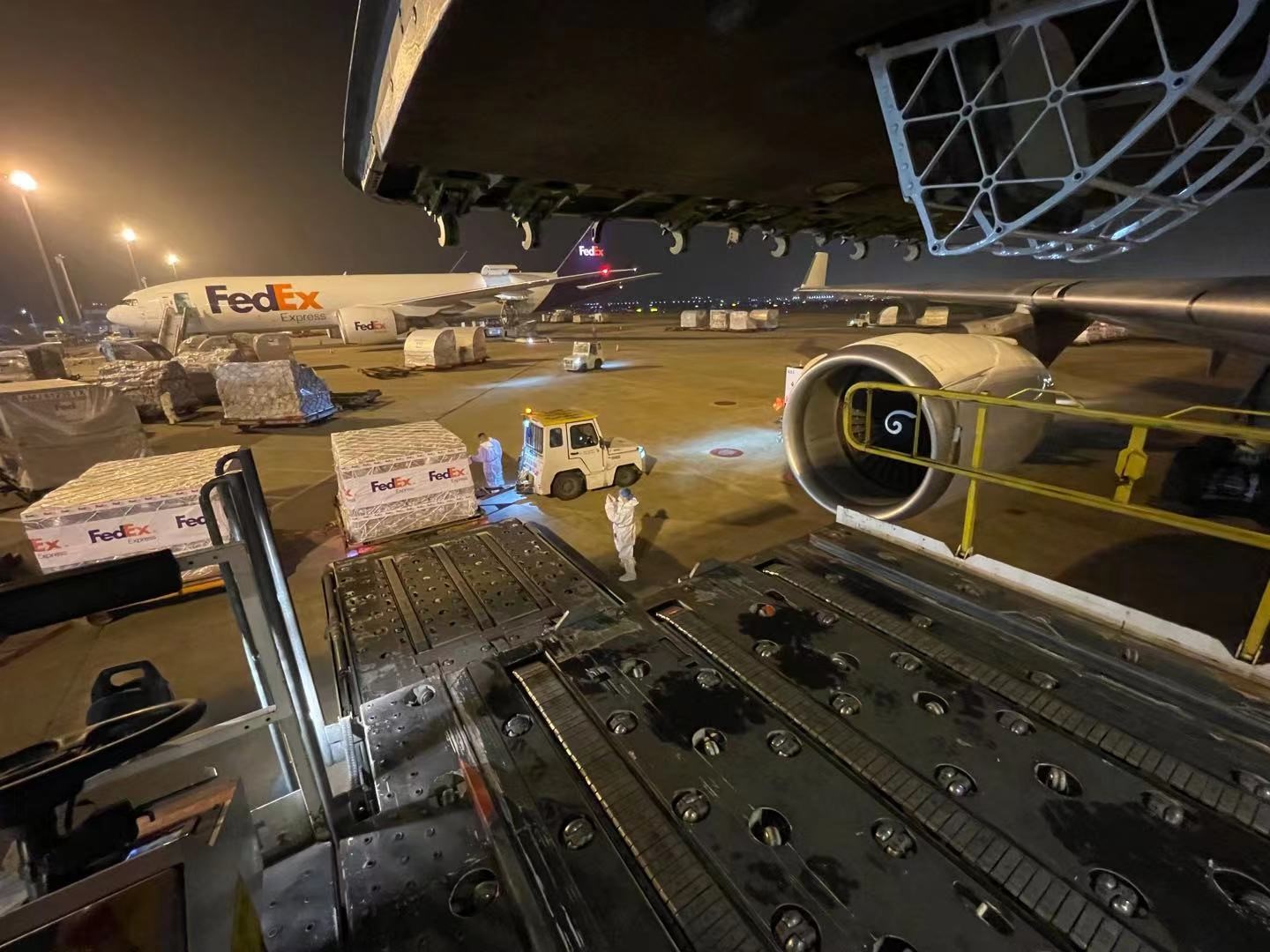