Snapchat has gone down on Wednesday.

The popular photo-sharing app appears to have stopped working, preventing users from accessing the application or sending messages.

The official Snapchat Support account on Twitter posted: “We’re aware that some Snapchatters are having issues using the app right now – hang tight, we’re looking into it!”

We’re aware that some Snapchatters are having issues using the app right now – hang tight, we’re looking into it!

Website and app monitor Down Detector has registered tens of thousands of reports from Snapchat users on Wednesday afternoon.

Users also complained across social media of issues with Snapchat.

“Is anyone else’s Snapchat half down or is it just mine, main snaps aren’t sending but ‘blue’ chat is?” one Twitter user wrote.

It was earlier in the day when reports of TouTube being down emerged.

This major outage comes just a week after Facebook was hit by issues across all of its apps, including Instagram, WhatsApp, and Messenger.

Bro with Snapchat being down I better not lose my streaks cause if I do I will literally cry. I have one that is 1,174 days. #snapchatdown pic.twitter.com/TaDZwUCzvc

At least snapchat is down… was starting to think she was just ignoring me #snapchatdown pic.twitter.com/HLIrJHRrB0 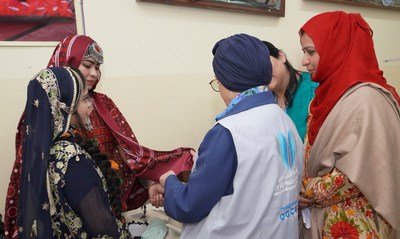